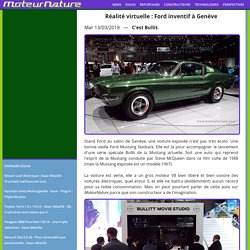 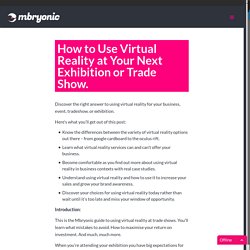 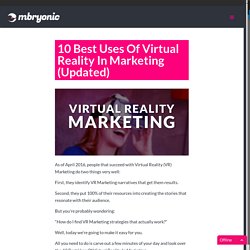 Second, they put 100% of their resources into creating the stories that resonate with their audience. But you’re probably wondering: “How do I find VR Marketing strategies that actually work?” Well, today we’re going to make it easy for you. Sans titre. Shop Photo Shoot. Virtual showrooms may become a reality in near future for car shoppers.

Imagine shopping for a new car at a dealership that keeps no cars on the lot. 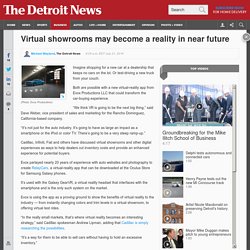 Or test-driving a new truck from your couch. Both are possible with a new virtual-reality app from Evox Productions LLC that could transform the car-buying experience. “We think VR is going to be the next big thing,” said Dave Weber, vice president of sales and marketing for the Rancho Dominguez, California-based company.

“It’s not just for the auto industry. It’s going to have as large an impact as a smartphone or the iPod or color TV. Cadillac, Infiniti, Fiat and others have discussed virtual showrooms and other digital experiences as ways to help dealers cut inventory costs and provide an enhanced experience for potential buyers. Distribution : Coca-Cola mise sur la réalité augmentée chez Carrefour. Rio Olympic City Museum Now Features Virtual Reality Tours. Visitors virtually hang gliding over Rio (Image via Rio2016.com) There’s less than a month left until the start of the Rio 2016 Olympic Games and people around the world are eagerly waiting to watch their country’s best athletes compete. 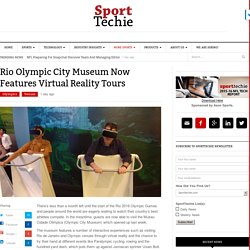 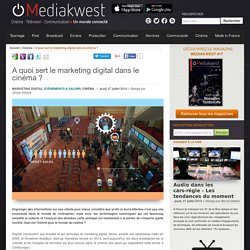 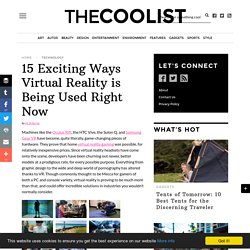 They prove that home virtual reality gaming was possible, for relatively inexpensive prices. Since virtual reality headsets have come onto the scene, developers have been churning out newer, better models at a prodigious rate, for every possible purpose. Everything from graphic design to the wide and deep world of pornography has altered thanks to VR. Though commonly thought to be Mecca for gamers of both a PC and console variety, virtual reality is proving to be much more than that, and could offer incredible solutions in industries you wouldn’t normally consider. An investigation into the digital landscape of VR revealed 15 exciting ways virtual reality is being used, and how it could help people in the future. 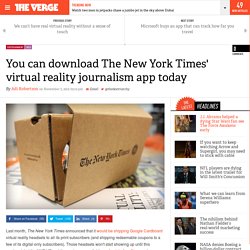 Those headsets won't start showing up until this weekend, but the NYT VR mobile app is now available on Apple's App Store and the Google Play store. Viewers without Google Cardboard will be able to view its contents as flatscreen 360-degree videos, and a modified desktop version is also available. You can download The New York Times' virtual reality journalism app today. Apple and U2 use VR to put fans 'on stage' next to Bono and The Edge. Apple's experimenting with virtual reality (kind of). 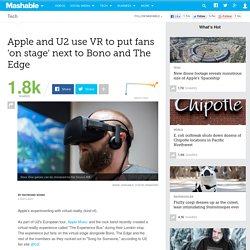 As part of U2's European tour, Apple Music and the rock band recently created a virtual reality experience called "The Experience Bus" during their London stop. The experience put fans on the virtual stage alongside Bono, The Edge and the rest of the members as they rocked out to "Song for Someone," according to U2 fan site @U2. In addition to being able to look around in all directions as if they were standing on the stage right next to the band, VR participants could also see fans singing in the crowd. The VR experience will reportedly make its way to a few of U2's remaining tour stops, including four shows in Paris and two shows in Dublin. Apple and U2 have a history of working closely together.

LEGENDARY VR. Brandchannel:11 Ways Brands Are Testing Virtual Reality to Innovate. The myriad of virtual reality applications being tested by brands is as varied as the brands themselves, ranging from sports to banks to entertainment and medicine. 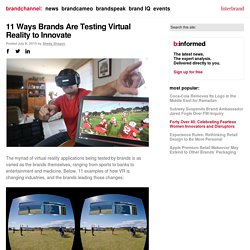 Below, 11 examples of how VR is changing industries, and the brands leading those changes: 1) FOX Sports used VR in partnership with NextVR to live stream its US Open coverage with the PGA to FOX Sports locations in New York, Los Angeles and Vancouver, marking the first-ever multi-camera live broadcast in VR. NextVR tested its live VR system with the NBA, NHL and MLB and previously teamed with Fox Sports on the Nascar Sprint Cup Series. As Intel noted on its blog, “The typical words we hear are, ‘Holy…!’ Whatever you want to say,” said Brad Allen of NextVR, an on-demand virtual reality broadcasting company from Laguna Beach, California. 2) The Dallas Cowboys are now the first NFL team to use VR as a training tool. 9) Always looking for new customer enticements, the hospitality industry is testing VR.

Björk's 360 VR Music Video "Stone Milker" Debuts Tomorrow, Powered by 3DCeption Audio - Road to VR. Björk is previewing her latest Single “Stone Milker” tomorrow with a music video filmed for virtual reality and leveraging the power of 3D spatial audio as provided by specialists in the field, Two Big Ears and 3DCeption. Linear, non-interactive, immersive video is unquestionably proving enticing to creative types across the entertainment industry. We saw one of the first music ‘videos’ made for VR just last week, and there’s no doubt that such a potentially disruptive form of storytelling promises those tired of recycled MTV tropes a fresh way of presenting their music. Björk’s music video for “Stone Milker” taken from her already acclaimed album VULNICURA, is directed by Andrew Huang for VRSE Works and features the artist performing the song, filmed in 360 degrees and accompanied by a 3D binaural soundtrack powered by Two Big Ears‘ 3DCeption audio technology.

Stella Artois Gives you A Virtual Reality View of Wimbledon. The Wimbledon tennis tournament is now well in progress in the UK. The yearly outdoor event is one of the four major events in the World Tennis Association calendar. However, there are some challenges which are faced during the game. Lots of pigeons often fly down to the Centre Court, disturbing the game unknowingly. To fight with this problem, Wimbledon uses a hawk named Rufus to patrol the skies and stop pigeons from disturbing the game. Bjork - Stone Milker. Create Advertising launches virtual reality division - Hollywood Reporter. Create Advertising Group, the creative services boutique agency, is jumping into virtual reality, the newest development in entertainment marketing, with the launch of its new division Create VR.