Marie (@judge_marie) Islamic State: Australia poised to send additional troops to Iraq for joint training mission with New Zealand soldiers. Posted Sources have told the ABC that a commitment of additional troops, likely to number in the hundreds, is imminent. 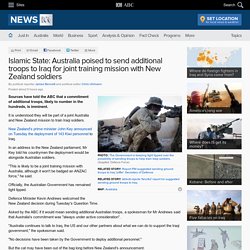 It is understood they will be part of a joint Australia and New Zealand mission to train Iraqi soldiers. New Zealand's prime minister John Key announced on Tuesday the deployment of 143 Kiwi personnel to Iraq. In an address to the New Zealand parliament, Mr Key told his countrymen the deployment would be alongside Australian soldiers. "This is likely to be a joint training mission with Australia, although it won't be badged an ANZAC force," he said. Officially, the Australian Government has remained tight lipped. Petit_Nuage's Stunning World » Wordpress 3.5 chez free.fr. Salut à tous, Dans la serie des packs wordpress pour free.fr je vous présente le tout nouveau pack 3.5! 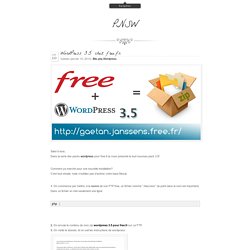 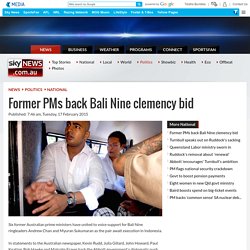 In statements to the Australian newspaper, Kevin Rudd, Julia Gillard, John Howard, Paul Keating, Bob Hawke and Malcolm Fraser back the Abbott government's diplomatic push to spare the convicted drug smugglers, who are on death row in Bali. In her statement, Ms Gillard said she would find it heartbreaking if the men's 'extraordinary efforts to become of good character were not met with an act of mercy, of recognition of change'. 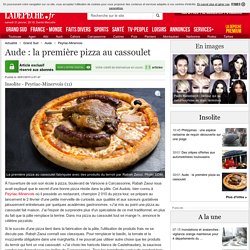 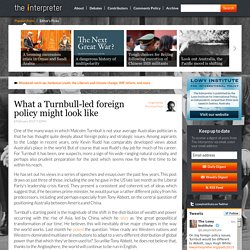 Among aspirants to the Lodge in recent years, only Kevin Rudd has comparably developed views about Australia's place in the world. But of course that was Rudd's day job for much of his career. Bali Nine: Andrew Chan and Myuran Sukumaran's bid for second judicial review of death sentences rejected. Updated An Indonesian court has denied Australian drug smugglers Andrew Chan and Myuran Sukumaran the chance to have another judicial review of their death sentences, meaning there is now nothing stopping their executions. 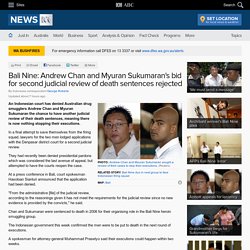 In a final attempt to save themselves from the firing squad, lawyers for the two men lodged applications with the Denpasar district court for a second judicial review. They had recently been denied presidential pardons which was considered the last avenue of appeal, but attempted to have the courts reopen the case. At a press conference in Bali, court spokesman Hasoloan Sianturi announced that the application had been denied. "From the administrative [file] of the judicial review, according to the reasonings given it has not meet the requirements for the judicial review since no new evidence is provided by the convicts," he said. PH Navy to receive 2 landing crafts from Australia.

Raging.me sur Twitter : "#Australia PM statement to #Putin on #Ukraine and #Russia world standing #Donetsk #Luhansk #Mariupol... Humanitarian role for Aust in Iraq: Abbott. Prime Minister Tony Abbott says "at this stage" Australia is only preparing to be involved in a humanitarian mission to northern Iraq to help citizens fleeing the advance of Islamic State forces. 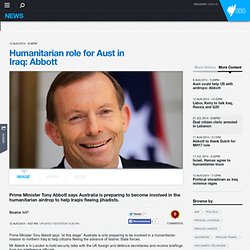 Mr Abbott is in London to hold security talks with the UK foreign and defence secretaries and receive briefings from top intelligence officials. Australia, NZ Demand Russia Envoys Explain Ukraine. Diplomatic fallout from the latest Snowden revelations. The Guardian and the ABC have released information from Edward Snowden alleging that the Australian Defence Signals Directorate (DSD, now the Australian Signals Directorate) targeted the mobile phones of a number of senior Indonesian officials — including President Susilo Bambang Yudhoyono — in 2009. This will no doubt cause a diplomatic storm, and already Teuku Faizasyah, a senior spokesperson for President Susilo Bambang Yudhoyono, has told the ABC that the 'Australian Government urgently needs to clarify this news, to avoid further damage.' A tweet from Australian journalist Ben Packham notes that 'turning the boats around just got a lot harder.' It sure did, and that may not be the full extent of it.

PACNEWS - News reader. AusAID to shed jobs: Abbott By Online Editor 10:46 am GMT+12, 20/09/2013, Australia Australian Prime Minister Tony Abbott says jobs will be cut from AusAID over the next three years as its operations are merged into the Department of Foreign Affairs and Trade (DFAT). 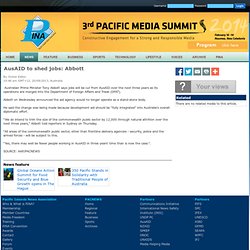 Abbott on Wednesday announced the aid agency would no longer operate as a stand-alone body. He said the change was being made because development aid should be “fully integrated” into Australia's overall diplomatic effort. “We do intend to trim the size of the commonwealth public sector by 12,000 through natural attrition over the next three years,” Abbott told reporters in Sydney on Thursday. News feature Related. Australia starts wrapping up whaling case at International Court of Justice. Updated Wed 10 Jul 2013, 10:29am AEST Attorney-General Mark Dreyfus has angrily rejected Japanese claims that the Australian Government has "outsourced" its anti-whaling campaign to controversial activist group Sea Shepherd. 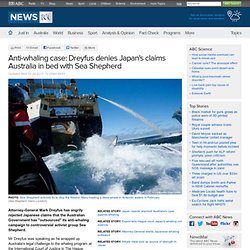 Mr Dreyfus was speaking as he wrapped up Australia's legal challenge to the whaling program at the International Court of Justice in The Hague. Demanding Japan produce evidence to support its case for whaling, he said there was no evidence the whaling program was used for scientific purposes. And he was highly critical of Japan's previous assertions to the court about Australia's relationship with anti-whaling activists, saying allegations Australia supported violent extremism were offensive and untrue. Australia and the G20. Author: Colin I. 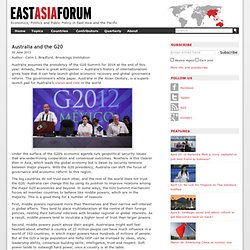 Bradford, Brookings Institution Australia assumes the presidency of the G20 Summit for 2014 at the end of this year. Already, there is great anticipation — Australia’s history of internationalism gives hope that it can help launch global economic recovery and global governance reform. Anthony Bubalo (AnthonyBubalo) sur Twitter. Australia's Foreign Minister Kevin Rudd resigns. 22 February 2012Last updated at 08:19 ET Kevin Rudd: "I am sad that it has come to this" Australia's Foreign Minister Kevin Rudd has resigned amid widespread reports of a leadership tussle between him and Prime Minister Julia Gillard.

He made the announcement at a press conference in Washington DC, where he had earlier met US Secretary of State Hilary Clinton. Ms Gillard ousted Mr Rudd as PM in June 2010. Noted without comment. Revealed: US flew spy drone missions from Australia. Updated Tue 4 Sep 2012, 1:29pm AEST The United States flew highly classified Global Hawk spy drone missions from the Royal Australian Air Force base at Edinburgh in South Australia from late 2001 until at least 2006. The operations were detected by a group of Adelaide aviation historians who had a member monitoring aircraft radio frequencies 20 hours a day. With a wingspan greater than a 737 airliner and a $200 million price tag, the RQ-4 Global Hawk is the biggest, most expensive unmanned aerial vehicle to ever take to the skies.

How Australia’s aid program is helping to pay the asylum-seeker bill. Six weeks after Foreign Minister Bob Carr announced that $375 million would be reallocated within the Australian aid program to finance asylum-seeker costs, AusAID has released (pdf, p. 102 onward) its updated 2012-13 budget estimates. The reallocation represents an effective cut of 7.3 per cent to other elements of the aid budget. Savings had to be harvested from all global, regional and country programs. Below is our preliminary analysis, looking at the cuts in terms of both what was originally promised for 2012-13, and also in some cases making a comparison with the 2011-12 budget outcome estimates. Australia orders Japanese whalers to stay away. Australia has demanded Japan's whalers leave the southern ocean, after a support vessel for the fleet was found to have entered its waters in pursuit of environmental activists.

The Australian environment minister, Tony Burke, told the whalers they were not welcome in the region following confirmation that the Shonan Maru No 2 had entered the country's exclusive economic zone near Macquarie Island. "Australia has made it clear to Japan on a number of occasions that vessels associated with its whaling programme are not welcome," Burke said in a statement. "Our embassy in Tokyo has conveyed these sentiments directly to the Japanese government. " The Japanese vessel provides security for the rest of the fleet, which sails to the Southern Ocean every winter to conduct what Tokyo calls scientific research. Julia Gillard's Malaysian Solution on the rocks. Solution ... Asylum-seekers in Malaysia. Source: The Daily Telegraph. Lowy Institute for International Policy. Australian general to help lead US military push into Pacific.

An Australian general will become a deputy commander of US Army Pacific, which oversees more than 60,000 American soldiers in the Asia-Pacific region. US army secretary John McHugh said on Monday that Major General Richard (Rick) Burr of the Australian Defence Force would direct training and supervise the Pacific command's efforts to work with Australia, New Zealand and south Asian countries. Major General Richard (Rick) Burr. Photograph: Australian Defence Force Barack Obama in January announced a new defence strategy to boost the country's presence in Asia because of the region's economic importance and China's rise as a military power. It aims to maintain American military pre-eminence worldwide even as the US cuts spending to reduce the nation's deficit. Foreign Affairs diplomats brace for cuts with more jobs set to go.