FoundMyFitness. Do you need to eat a lot of protein to build muscle? - Health & Wellbeing. A: You need a certain amount of protein, but less than you might think. 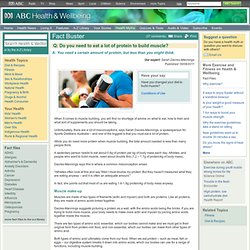 Our expert: Sarah Dacres-Mannings Published 18/08/2011 [Image source: iStockphoto] 'Lack of evidence' that popular sports products work. 18 July 2012Last updated at 21:23 ET Puma shoes carried Jamaica's Usain Bolt to Olympic Gold in the 100-metre sprint in Beijing in 2008 Consumers could be wasting their money on sports drinks, protein shakes and high-end trainers, according to a new joint investigation by BBC Panorama and the British Medical Journal. 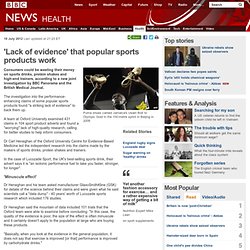 The investigation into the performance-enhancing claims of some popular sports products found "a striking lack of evidence" to back them up. A team at Oxford University examined 431 claims in 104 sport product adverts and found a "worrying" lack of high-quality research, calling for better studies to help inform consumers. Dr Carl Heneghan of the Oxford University Centre for Evidence-Based Medicine led the independent research into the claims made by the makers of sports drinks, protein shakes and trainers. Continue reading the main story. 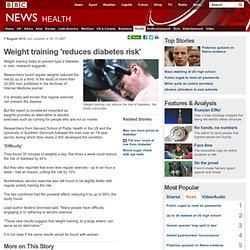 Researchers found regular weights reduced the risk by up to a third, in the study of more than 32,000 men published in the Archives of Internal Medicine journal. It is already well known that regular exercise can prevent the disease. 10 Ways to Increase Your VO2 Max. As a traditional yardstick to measure capacity for aerobic work, the VO2 Max is a considered by many endurance athletes to be the holy grail of fitness. 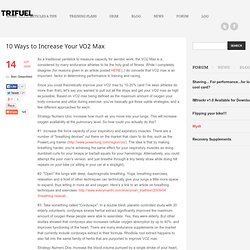 While I completely disagree (for reasons given in an article posted HERE), I do concede that VO2 max is an important factor in determining performance in training and racing. Since you could theoretically improve your VO2 max by 15-20% (and I've seen athletes do more than that), let's say you wanted to pull out all the stops and get your VO2 max as high as possible. Based on VO2 max being defined as the maximum amount of oxygen your body consume and utilize during exercise, you've basically got three viable strategies, and a few different approaches for each: Strategy Numero Uno: Increase how much air you move into your lungs.

This will increase oxygen availability at the pulmonary level. Take a Load Off. Sometimes the best workout you can do is an easy workout... really! 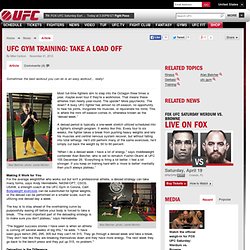 Alan Belcher; photo: Jamie Morton Most full-time fighters aim to step into the Octagon three times a year, maybe even four if they're a workhorse. That means these athletes train nearly year-round. The upside? How can an athlete enhance performance legally? 22 November 2013Last updated at 19:55 ET By Gabriela Torres BBC Mundo health reporter Cryotherapy chambers are increasing in popularity What is the different between a gold and a silver medal? 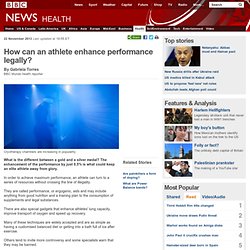 The enhancement of the performance by just 0.5% is what could keep an elite athlete away from glory. In order to achieve maximum performance, an athlete can turn to a series of resources without crossing the line of illegality. They are called performance, or ergogenic, aids and may include anything from good nutrition and a training plan to the consumption of supplements and legal substances. Fat 'breathed out' of body via lungs, say scientists. 16 December 2014Last updated at 19:08 ET By Michelle Roberts Health editor, BBC News online Fat can be breathed out as well as burned off as you lose weight, biochemists who have studied metabolism at a microscopic level say. 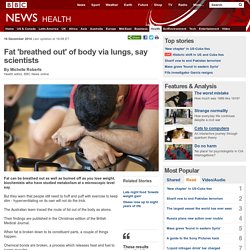 But they warn that people still need to huff and puff with exercise to keep slim - hyperventilating on its own will not do the trick. The Australian team traced the route of fat out of the body as atoms. Their findings are published in the Christmas edition of the British Medical Journal. Continue reading the main story. Exercise instantly boosts fat-busting genes.

Now there is no excuse to avoid the gym: just one hour of exercise instantly changes your genes to boost the breakdown of fat. 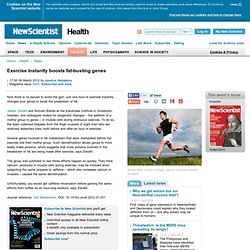 Juleen Zierath and Romain Barrès at the Karolinska Institute in Stockholm, Sweden, and colleagues looked for epigenetic changes – the addition of a methyl group to genes – in muscle cells during strenuous exercise. To do so, the team collected biopsies from the thigh muscles of eight men who led relatively sedentary lives, both before and after an hour of exercise. Several genes involved in fat metabolism that were methylated before the exercise lost their methyl group. Such demethylation allows genes to more easily make proteins, which suggests that more proteins involved in the breakdown of fat are being made after exercise, says Zierath.

The group was surprised to see these effects happen so quickly. Deceleration Movement Training. Recently we discussed the importance of deceleration in relation to high performance training and injury prevention. 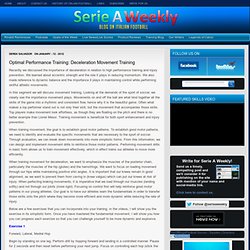 We learned about eccentric strength and the role it plays in reducing momentum. We also made reference to dynamic balance and the importance it plays in maintaining control while performing skillful athletic movements. In this segment we will discuss movement training. Looking at the demands of the sport of soccer, we clearly see the importance movement plays. Movements on and off the ball are what bind together all the skills of the game into a rhythmic and consistent flow, hence why it is the beautiful game. When training movement, the goal is to establish good motor patterns. Deceleration and Dynamic Balance.

Training for acceleration is vital in helping a player to become faster, but improvement in acceleration may not transfer into improved performance on the field. 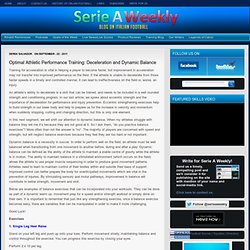 If the athlete is unable to decelerate from those faster speeds in a timely and controlled manner, it can lead to ineffectiveness on the field or, worse, an injury. An athlete’s ability to decelerate is a skill that can be trained, and needs to be included in a well rounded strength and conditioning program. In our last article, we spoke about eccentric strength and the importance of deceleration for performance and injury prevention. Exercise four hours after learning 'boosts memory' Image copyright Thinkstock Intensive physical exercise four hours after learning is the key to remembering information learnt, say Dutch researchers. Exercise is known to release proteins that can boost the part of the brain related to memory, and this study suggests the timing of it is crucial.

The study, in Current Biology, tested 72 people on their memory recall. The health hazards of sitting. Inactivity.png. Ditch the chair says expert. 1 January 2013Last updated at 18:51 ET By Dr Tony Westbury Edinburgh Napier University Dr Tony Westbury, a sports psychologist from Edinburgh Napier University, and ultra distance runner Dr Andrew Murray advise on how to motivate yourself for New Year fitness The health message has excellent penetration. Few people are unaware of the benefits that come from adopting a healthy lifestyle - doing more physical activity and exercise, eating better, stopping smoking and drinking less alcohol. But the recent Scottish Health Survey showed very clearly that whilst most people know about the importance of a healthy lifestyle, fewer than four in 10 of us are hitting the target of 150 minutes of moderate intensity physical activity per week.

How much better is standing up than sitting? 16 October 2013Last updated at 03:26 ET Studies have claimed major health benefits for standing for much of the day as opposed to sitting. The difference is marked, explains Michael Mosley. 15-minute daily exercise is 'bare minimum for health' 16 August 2011Last updated at 04:23 By Michelle Roberts Health reporter, BBC News Moderate exercise does not have to be a long jog, it could be a brisk walk to work or taking the stairs Just 15 minutes of exercise a day can boost life expectancy by three years and cut death risk by 14%, research from Taiwan suggests. This is about half the quantity currently recommended in the UK. Can three minutes of exercise a week help make you fit? HIIT: Is there a shortcut to exercise?

Image copyright iStock. Does stretching before exercise do any good? 5 Things You Should Know About Stretching And Mobility. The New Rules of Warming Up. Cold baths 'ease aching muscles, but may be risky' 15 February 2012Last updated at 00:07 By Michelle Roberts Health reporter, BBC News. Saunas could heal your mood and your heart - health - 23 November 2011. That warm, fuzzy feeling you get from sitting in a sauna isn't in your imagination – and it may also help your heart. People with chronic heart failure who took saunas five times a week for three weeks improved their heart function and the amount of exercise they could do.