Lesson Plans: What Congress Does and Why it Matters. Summary Students learn the concepts of representation, separation of powers, and the constitutional role of Congress by assembling a visual model depicting 20 congressional actions, analyzing primary sources, and answering questions. 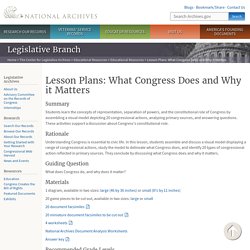 These activities support a discussion about Congress's constitutional role. Rationale Understanding Congress is essential to civic life. In this lesson, students assemble and discuss a visual model displaying a range of congressional actions, study the model to delineate what Congress does, and identify 20 types of congressional action reflected in primary sources. Guiding Question What does Congress do, and why does it matter? Materials 1 diagram, available in two sizes: large (46 by 36 inches) or small (8½ by 11 inches) 20 game pieces to be cut out, available in two sizes: large or small 20 document facsimiles 20 miniature document facsimiles to be cut out 4 worksheets National Archives Document Analysis Worksheets Answer key Recommended Grade Levels Grades 7-12 U.S. The Congress. Are you reflected in the new Congress? Interactive. VoteTocracy.com.

Obama’s Deal. A sobering look at the push to reform health care, revealing the realities of American politics, the power of special interest groups and the role of money in policy making. 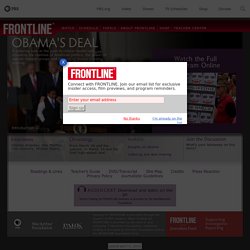 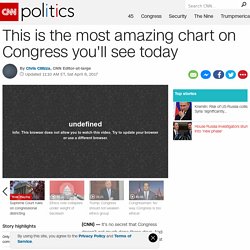 Well, lots of reasons. The convenient scapegoat of gerrymandering. The New Front in the Gerrymandering Wars: Democracy vs. Math - The New York Times. The Legislature passed the plan a week later, with the support of every Republican, including Schultz, and no Democrats. 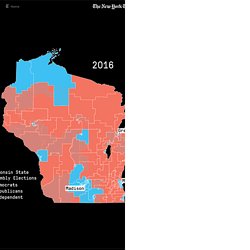 In the next election, in November 2012, Republicans won only 47 percent of the vote but 60 of 99 seats in the Assembly. In the midterm year of 2014, they won 57 percent of the Assembly vote and 63 seats, and in 2016, they won about 53 percent of the Assembly vote and 64 seats. Wisconsin is a purple state: Barack Obama won it twice, and Donald Trump barely carried it, by 22,000 votes. But one-­party control continues to produce policies — more union busting, abortion restrictions and lately $3 billion in proposed tax credits for the electronics giant Foxconn — associated with a deep-­red electorate. ‘‘I’d never seen anything like that before,’’ Schultz said of the election results that followed the redistricting. The ReDistricting Game.

This 60-second animation shows how divided Congress has become over the last 60 years. Better Know a District - District of Columbia - Eleanor Holmes Norton - The Colbert Report (Video Clip) Rep. Jackie Speier (D-CA) on Abortion. Infamous Board of Aldermen Meeting. The Cost of Campaigns - Video - NYTimes.com. The difference women make 2013. This graphic shows how much more diverse the House of Representatives is getting. The 116th Congress was sworn into office on Thursday, and the incoming House of Representatives is shaping up to be the most diverse House class in history. 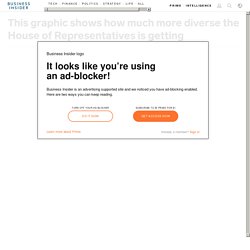 The 2018 midterms saw historic gains in Congressional representation for women, people of color, LGBTQ+, and younger candidates — with the vast majority of those gains coming from Democrats. A guide to valuable resources on gerrymandering. Books Ratf**ked: The True Story Behind the Secret Plan to Steal America's Democracy by David Daley. 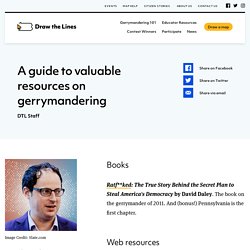 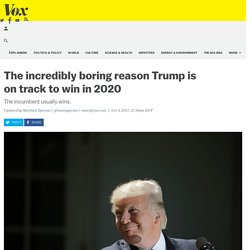 And in defense of annoyed people, large parts of the argument consist of sweeping assertions unbacked by evidence, like the idea that 2020 will see “other minor party candidates joining the presidential race.” One should also take any prognostications from the author of a June 2016 article declaring that “The 2016 election is already decided. History says Clinton wins” with a grain of salt. That said, there is some real reason to believe that a betting person should regard Trump’s reelection as more likely than not. Will Democrats win back the House in 2018? Here’s which House races could be competitive. - Washington Post. The Case for Proportional Voting. America's two-party system is an increasingly tough place to be a conservative. 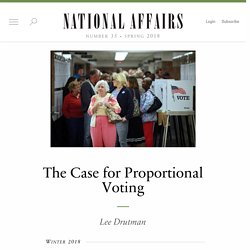 The Republican Party under President Donald Trump has come unmoored from classic conservative values and shows no interest in returning to them. The Democratic Party is certainly no place for a conservative, with the Bernie Sanders wing of the party increasingly ascendant. If only there were another option — a party of principled conservatism that might help move our politics in its direction. In the American system of plurality-winner elections, held across 435 congressional districts and 50 states, such a party would likely accomplish exactly one thing: deliver Democrats wide majorities in Congress. Thanks to our electoral laws, third parties face almost hopeless odds, leaving our political system without an obvious mechanism to diffuse the zero-sum partisan warfare that is consuming our politics.

This would not be true under a proportional representation system. Faction presented a different problem.