The Hidden Power Dynamics of Open Source by Anonymous Author. A little over a year ago I attended a programming workshop for women, hosted by an open source organization. 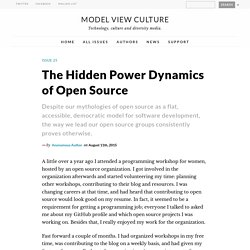 I got involved in the organization afterwards and started volunteering my time: planning other workshops, contributing to their blog and resources. I was changing careers at that time, and had heard that contributing to open source would look good on my resume. In fact, it seemed to be a requirement for getting a programming job; everyone I talked to asked me about my GitHub profile and which open source projects I was working on.

Besides that, I really enjoyed my work for the organization. Fast forward a couple of months. The Trouble With Nobel Prizes. Sir Tim Hunt resigns from university role over girls comment. A Nobel laureate has resigned from his position as honorary professor at a UK university after he made comments about the "trouble with girls" in science. 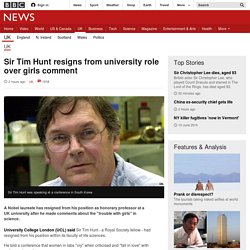 University College London (UCL) said Sir Tim Hunt - a Royal Society fellow - had resigned from his position within its faculty of life sciences. He told a conference that women in labs "cry" when criticised and "fall in love" with male counterparts. He told the BBC he "did mean" the remarks but was "really sorry". A statement from the university read: "UCL can confirm that Sir Tim Hunt FRS has resigned from his position as honorary professor with the UCL faculty of life sciences following comments he made about women in science at the World Conference of Science Journalists on 9 June. "UCL was the first university in England to admit women students on equal terms to men, and the university believes that this outcome is compatible with our commitment to gender equality.

" 'Emotional entanglements' Reaction on Twitter. Nobel scientist Tim Hunt: female scientists cause trouble for men in labs. Scientists should work in gender-segregated labs, according to a Nobel laureate, who said the trouble with “girls” is that they cause men to fall in love with them and cry when criticised. 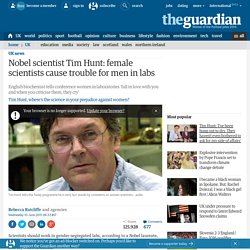 Tim Hunt, an English biochemist who admitted that he has a reputation for being a “chauvinist”, said to the World Conference of Science Journalists in Seoul, South Korea: “Let me tell you about my trouble with girls … three things happen when they are in the lab … You fall in love with them, they fall in love with you and when you criticise them, they cry.”

Hunt said he was in favour of single-sex labs, adding that he didn’t want to “stand in the way of women”. The 72-year-old, who won the 2001 Nobel prize in physiology or medicine, made the remarks when addressing a convention of senior female scientists and science journalists. His comments were tweeted by Connie St Louis, who directs the science journalism program at City University, London, and was attending the conference. Female scientists post 'distractingly sexy' photos. Female scientists have been sharing "distractingly sexy" photos of themselves after a feminist website encouraged them to respond to comments by a Nobel laureate. 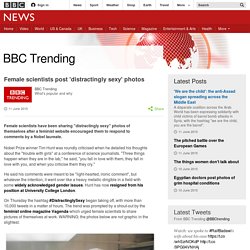 Nobel Prize winner Tim Hunt was roundly criticised when he detailed his thoughts about the "trouble with girls" at a conference of science journalists. "Three things happen when they are in the lab," he said, "you fall in love with them, they fall in love with you, and when you criticise them they cry. " He said his comments were meant to be "light-hearted, ironic comment", but whatever the intention, it went over like a heavy metallic dirigible in a field with some widely acknowledged gender issues. Hunt has now resigned from his position at University College London. Half of black and Latina women scientists have been mistaken for admin or custodial staff. Nearly half of black and Latina women scientists say they've been mistaken for administrative or custodial staff in the workplace, a study published in March found. 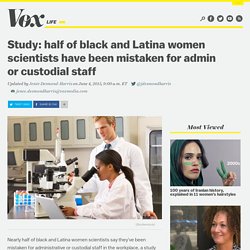 (Harvard Business Review) Forty-eight percent of black women and 47 percent of Latina women said they'd had this experience. The numbers for white and Asian women are lower but still disturbing, at 32 percent and 23 percent, respectively. Vera Rubin. Vera (Cooper) Rubin (born (1928-07-23)July 23, 1928) is an American astronomer who pioneered work on galaxy rotation rates. 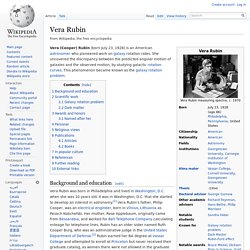 She uncovered the discrepancy between the predicted angular motion of galaxies and the observed motion, by studying galactic rotation curves. This phenomenon became known as the galaxy rotation problem. Background and education[edit] Vera Rubin was born in Philadelphia and lived in Washington, D.C. when she was 10 years old. It was in Washington, D.C. that she started to develop an interest in astronomy.[1] Vera Rubin's father, Philip Cooper, was an electrical engineer, born in Vilnius, Lithuania as Pesach Kobchefski. She instead enrolled for her Master's degree at Cornell University, where she studied physics under Philip Morrison, Richard Feynman, and Hans Bethe. 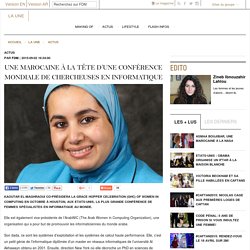 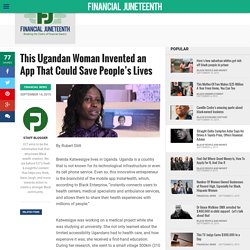 Uganda is a country that is not known for its technological infrastructure or even its cell phone service. Even so, this innovative entrepreneur is the brainchild of the mobile app InstaHealth, which, according to Black Enterprise, “instantly connects users to health centers, medical specialists and ambulance services, and allows them to share their health experiences with millions of people.” Katwesigye was working on a medical project while she was studying at university. Katwesigye realized that despite the lack of physical internet wiring, over 40 percent of Ugandans are connected to the mobile internet. She hopes to build the technology even further, tailoring it for healthcare professionals like doctors and nurses while still making it useful for specialists. The Forgotten Female Programmers Who Created Modern Tech : All Tech Considered. Jean Jennings (left) and Frances Bilas set up the ENIAC in 1946. 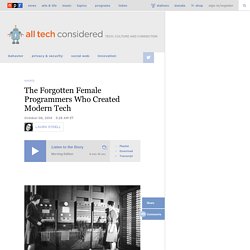 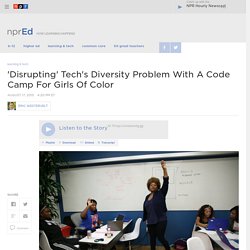 LA Johnson/NPR hide caption itoggle caption LA Johnson/NPR Keisha Michelle Richardson, a software engineer and entrepreneur, leads a summer camp lesson at Black Girls CODE in San Francisco. LA Johnson/NPR. Push Me Until I Break: The Effects of Unrealistic Expectations on Marginalized Workers in Tech by Catherine [Kiran/Rin] Oliver. As time goes on, more and more tech spaces are opening to LGBTQAP, PoC, and people who have disabilities which make learning programming difficult. In some cases, an individual may be all of these things, two, or one. These marginalized tech workers are often subject to special and unequal expectations by well-meaning (or not) allies in the community.

This can take many forms, from demanding we educate allies on industry issues, to expecting that we are constant paragons of virtue, always kind and considerate toward others just because we are aware of social justice issues. Nearly Half of Black and Latina Scientists Mistaken for Janitors or Assistants. A new survey of 557 female scientists found widespread experiences of discrimination and alienation in the workforce that varied in interesting ways by race. While all types of women reported experiencing these forms of discrimination in large numbers — and 100% of a sub-sample of 60 interviewed for the study reported at least one — the race differences are interesting: Black women were especially likely to need to prove and re-prove competence.Asian and white women, especially, received pressure to withdraw from the workplace after having children.Asian women were most likely to be pushed to perform a stereotypically feminine role in the office, followed by white and then Latina women.

The study, by law professor Joan Williams and two colleagues, can be found here. Silence is Complicit. I'll Speak Up Now. · evanbrown.io. Jessie Frazelle of Docker engineering fame wrote This Industry is Fucked a few days ago. Read it now if you haven’t. Her experience - and as far as I can tell the experience of most women in technology - is revolting, shocking, disgusting, all of those things. Jessie Frazelle's Blog: This Industry is Fucked. Google’s algorithm shows prestigious job ads to men, but not to women. Here’s why that should worry you. A recent screenshot of Google images for “CEO.” Fresh off the revelation that Google image searches for “CEO” only turn up pictures of white men, there’s new evidence that algorithmic bias is, alas, at it again.

The Edtech Curmudgeon: Finding Sharla Boehm. Diversity In Gaming with Rebecca Palacios. 'You are all influencers': How lesbians in tech are gaining ground - Apr. 13, 2015. 9 Neat Facts About the World's First Computer Programmer, Ada Lovelace  Women in Computing: The Role of Geek Culture. Which Women in Tech? So I Geek Yeeah: Six Black Women Geeks You Should Know. Silicon Valley sexism: why it matters that the internet is made by men, for men. So You Want To Make A Website: The Argument for Coding. New Horizons: How the Women Running the Pluto Mission Are Making History. Technology The New Horizons team may include more women staffers than any other NASA project in history. #ILookLikeAnEngineer is a Big, Brave Challenge to Tech Industry Stereotypes.

Google’s algorithm shows prestigious job ads to men, but not to women. Here’s why that should worry you.