20 Of The World’s Best Restaurant And Bar Interior Designs. A good interior design can do as much for a cafe, restaurant or bar as good food and drinks can. 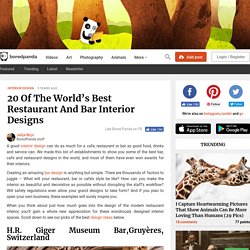 We made this list of 20 establishments to show you some of the best bar, cafe and restaurant interior designs in the world, and most of them have even won awards for their interiors. Creating an amazing interior design is anything but simple. There are thousands of factors to juggle – What will your restaurant, bar or cafe’s style be like? How can you make the interior as beautiful and decorative as possible without disrupting the staff’s workflow?

Will safety regulations even allow your grandiose designs to take form? When you think about just how much goes into the design of the perfect restaurant interior, you’ll gain a whole new appreciation for these wondrously designed interior spaces. H.R. Designed by: H.R. Truth Cafe, Cape Town, South Africa Designed by: Haldane Martin. Glass Rivers And Lakes Flow Across Beautiful Tables By Furniture Maker Greg Klassen. Talented Washington-based artist and furniture-maker Greg Klassen’s beautiful river- and lake-like desks and tables straddle the line between furniture and art. 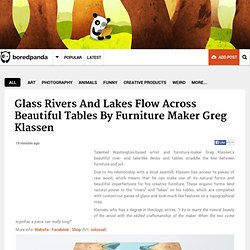 Due to his relationship with a local sawmill, Klassen has access to pieces of raw wood, which means that he can make use of its natural forms and beautiful imperfections for his creative furniture. These organic forms lend natural power to the “rivers” and “lakes” on his tables, which are completed with custom-cut panes of glass and look much like features on a topographical map. Klassen, who has a degree in theology, writes, “I try to marry the natural beauty of the wood with the skilled craftsmanship of the maker. When the two come together, a piece can really sing!” Glass Rivers And Lakes Flow Across Beautiful Tables By Furniture Maker Greg Klassen. Spark Plugs. LT Connectors1. 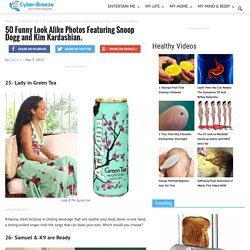 A chilling beverage that will soothe your body down in one hand, a strong-willed singer with the lungs that can blow your ears. Which would you choose? 22- Mix of The Two The fact that their diagonally-cropped faces can complete each other’s blank spots is as creepy as it is in funny pictures. 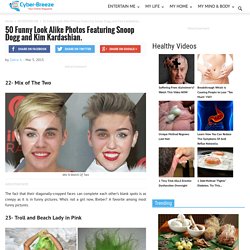 Who’s not a girl now, Bieber? A favorite among most funny pictures. 23- Troll and Beach Lady in Pink. 16- Pony Hair Baby and Doll This baby has her hair done into pony tails, much like her favorite doll. 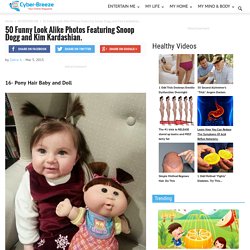 That must have been the reason for that drool and that wide smile. 10- Designer Collection Well Copied A street winter outfit actually looks a lot like a designer’s collection that is tuned to funny pictures and racing theme? 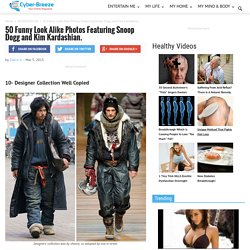 Does that mean that this random guy on the street has just as much fashion sense? 11- Putin & K9 Oh my god the eyes! The eyes really are similar. 7- Real & Stuffed Only one of them is a plush toy but form one of the funny pictures! 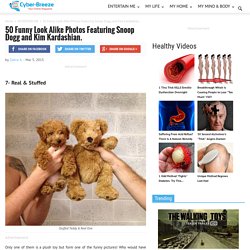 Who would have thought that teddy bears are actually modeled from real live puppies? Except for the curly fur, everything else sure are perfectly matched. Ever notice how some things have the potential to look like other set of things? 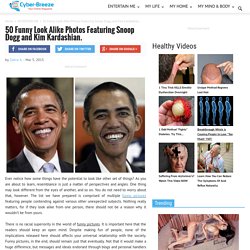 As you are about to learn, resemblance is just a matter of perspectives and angles. One thing may look different from the eyes of another, and so on. 9. 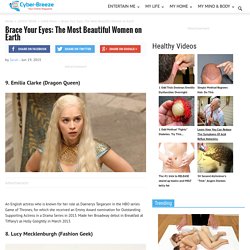 Emilia Clarke (Dragon Queen) An English actress who is known for her role as Daenerys Targaryen in the HBO series Game of Thrones, for which she received an Emmy Award nomination for Outstanding Supporting Actress in a Drama Series in 2013. 60. 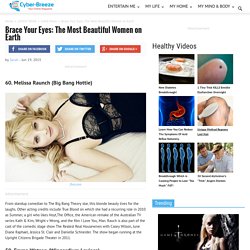 Melissa Raunch (Big Bang Hottie) From standup comedian to The Big Bang Theory star, this blonde beauty lives for the laughs. Other acting credits include True Blood on which she had a recurring role in 2010 as Summer, a girl who likes Hoyt,The Office, the American remake of the Australian TV series Kath & Kim, Wright v Wrong, and the film I Love You, Man. 71. Kerry Washington Kerry Washington has appeared in films such as Ray, She Hate Me, The Last King of Scotland and Django Unchained (2013).

She also stars on the TV series Scandal. She started out with ballet lessons as a young child, but her first career ambition involved a certain large mammal. 75. Nathalie Emmanuel (The Geek Chick) English actress who is best known for her role as the interpreter/sidekick of Khaleesi Missandei on the HBO fantasy series Game of Thrones and computer hacker Ramsey in Furious 7. Emmanuel presented BBC Three’s Websex: What’s the Harm? 81. Cara Delevigne (Eye of a Tigeress) An English fashion model, actress and singer.

Has won the ‘Model of the Year’ award at the British Fashion Awards twice in both 2012 and 2014 and has appeared in shows for the likes of Burberry, Mulberry, Dolce & Gabbana and Jason Wu. 98. Emma Rigby (The Prisoner’s wife) Emma Rigbby is an English actress who is best known for playing the roles of Hannah Ashworth in long-running soap opera Hollyoaks and Gemma Roscoe in BBC One drama series Prisoners’ Wives. She attended De La Salle High School in St Helens, but she left in 2006 to focus on her acting career. Have you ever wondered who are the most blessed women when it comes to good looks? Well, compiling a list of the most beautiful women in the world is not that easy.

After all, we all have different definitions of the term– beautiful. No matter how different our opinions are when it comes to beauty, we cannot deny the fact that these 100 women are beautiful, attractive and definitely hot! 100. 34- UK-Premiere-Noah Emma Watson Beauty is completely out of Harry Potter as the slimline Emma opts for control pants! 28- TIFF Premiere 2012. Born on 15th April 1990 Emma Watson has acted only in school plays before she became “Hermione Granger” in Harry potter series of films. By Becky Freeth for MailOnline Published: 11:23 GMT, 30 September 2015 | Updated: 16:18 GMT, 30 September 2015. Sex of Angels. Sex of Angels (Spanish: El Sexo de los Ángeles) is a Spanish film by Xavier Villaverde starring Álvaro Cervantes, Àstrid Bergès-Frisbey, and Llorenç González.

It was released in 2012. Synopsis[edit] Inuit Mythology Project on the Behance Network. ​agnes hedengård was told she was too fat to be a model. Advanced Photoshop - Photoshop Galleries, Tutorials, Reviews & Advice. ‎Superhero Animation (Marvel & DC), a list of films by Scott Weinberg. Ten Anime Series You Should See Before You Die. Modern Interiors: Designs, Ideas, Inspiration, Room Pictures. Dezeen - architecture and design magazine. Affordable Art Prints, iPhone Cases and T-shirts.