CIA report from 2004 predicts a Caliphate in 2020. The National Intelligence Council made up of various intelligence experts that report to the CIA released a report in 2004 called “Mapping the Global Future (PDF)“. 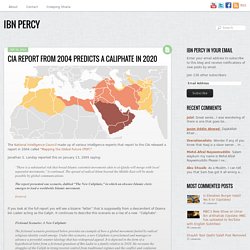 Jonathan S. Landay reported this on January 13, 2005 saying: “There is a substantial risk that broad Islamic extremist movements akin to al-Qaida will merge with local separatist movements,” it continued. The spread of radical Islam beyond the Middle East will be made possible by global communications.The report presented one scenario, dubbed “The New Caliphate,” in which an obscure Islamic cleric emerges to lead a worldwide Islamic movement. (source) Project2020. Project2020. Folktale Writer's Workshop. TROY. FAQ/Writer’s Guidelines. Q: Does it cost anything for me to write here? 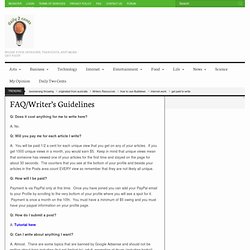 Video no. 1: Before you Draw. Connecting Female Influencers and Brands. Homepage - Easy to understand articles about important health issues. Extinct porpoise had 33-inch long lower jaw for a purpose : SCIENCE. Scientists have found the fossils of an extinct species of porpoise with a very long chin. 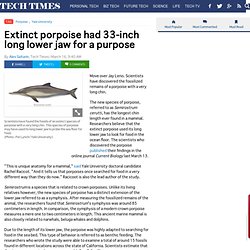 This species of porpoise may have used its long lower jaw to probe the sea floor for food. (Photo : Pat Lynch/ Yale University) Move over Jay Leno. Scientists have discovered the fossilized remains of a porpoise with a very long chin. "This is unique anatomy for a mammal," said Yale University doctoral candidate Rachel Racicot. Semirostrum is a species that is related to crown porpoises. Due to the length of its lower jaw, the porpoise was highly adapted to searching for food in the sea bed. "The unique mandibular and dental characteristics, along with robust scapulae, sternum, and unfused cervical vertebrae, support the interpretation that this species employed a form of benthic skim feeding by using its mandible to probe for and obtain prey," said Racicot and her colleagues.

NASA study: industrial civilization 'may be heading toward collapse' Collapse of civilization may be linked to increased strain on planet's resources and wide gap between the rich and the poorStudy says rich 'Elites' may be responsible for both problemsIn both doomsday scenarios predicted by study, poor 'Commoners' collapse first, later followed by the ElitesTo avoid collapse inequality must be reduced and population growth must be strictly controlled, it says By Daily Mail Reporter Published: 22:43 GMT, 16 March 2014 | Updated: 13:31 GMT, 17 March 2014 A new study says that global industrial civilization may collapse in mere decades due to unequal wealth distribution and increased strain on the planet's resources. 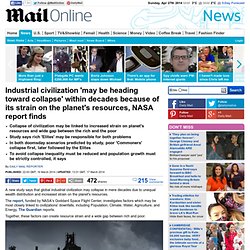 The report, funded by NASA's Goddard Space Flight Center, investigates factors which may be most closely linked to civilizations' downfalls, including Population, Climate, Water, Agriculture, and Energy, The Guardian reports. Archaeologists find 2,600-year-old Celtic Princess buried in Germany. Celtic Princess who died in 609 BC unearthed German archaeologists discovered a Celtic grave in 2011 in the Danube heartland, where they found the remains of a Celtic princess, from 2,600 years ago, buried with her gold and amber jewelry. 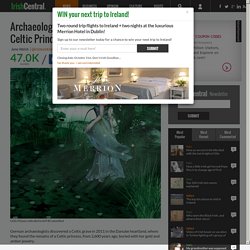 The princess had remained in her final resting place since about 609BC. Helium.com Complaints, Reviews - Helium refuses to delete my articles and profile. David Arthur Walters to Barbara April 15, 2009 Barbara, I see that Helium Inc has locked me out of "my" account because I objected to its one-sided terms and insisted that my property be removed from the Helium Inc site. 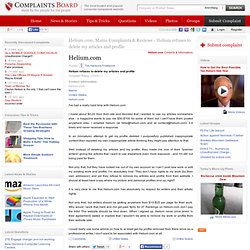 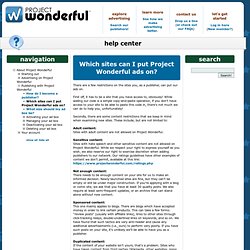 There are a few restrictions on the sites you, as a publisher, can put our ads on. First off, it has to be a site that you have access to, obviously! While adding our code is a simple copy-and-paste operation, if you don't have access to your site to be able to paste this code in, there's not much we can do to help you, unfortunately! Secondly, there are some content restrictions that we keep in mind when examining new sites. Image is Everything: The Secrets of Body Language. Share this infographic on your site! 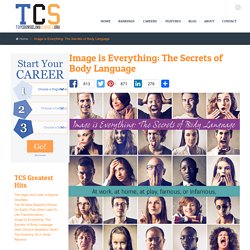 <a href=” src=” alt=”Body Language” width=”500″ border=”0″ /></a><br />Source: <a href=” Image is Everything: The Secrets of Body Language At work, at home, at play, famous, or infamous, your body language tells the world all about you. El Niño watch posted: May portend fewer Atlantic hurricanes and beneficial California rains. NASA visualization of El Niño in the fall of 2009 – with telltale warmer than normal water in the equatorial Pacific, as indicated by yellow and orange shades. 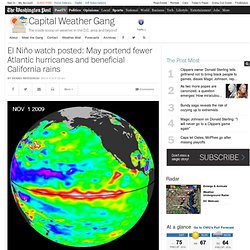 (NASA) In a bulletin issued this morning, NOAA issued an El Niño Watch predicting a roughly 50% chance for development later this year. The Sustainability Centre - Welcome. Next Step Recycling Light Bulbs As Plant Pots. Next step recycling time to use used light bulbs for a better purpose check out these great ideas for putting your dud bulbs to good use as plant pots! 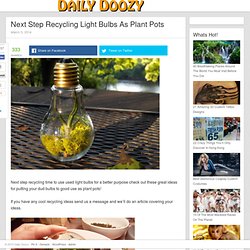 If you have any cool recycling ideas send us a message and we’ll do an article covering your ideas. About Recycling Recycling is a process to change (waste) materials into new products to prevent waste of potentially useful materials, reduce the consumption of fresh raw materials, reduce energy usage, reduce air pollution (from incineration) and water pollution (from landfilling) by reducing the need for “conventional” waste disposal, and lower greenhouse gas emissions as compared to plastic production.[1][2] Recycling is a key component of modern waste reduction and is the third component of the “Reduce, Reuse and Recycle” waste hierarchy.

There are some ISO standards related to recycling such as ISO 15270:2008 for plastics waste and ISO 14001:2004 for environmental management control of recycling practice. Source: Wikipedia. Why Wolves Change Whole Ecosystems. George Monbiot explains that when wolves were reintroduced to Yellowstone National Park in the United States after being absent nearly 70 years, the most remarkable 'trophic cascade' occurred. What is a trophic cascade and how exactly do wolves change rivers? Find out in this beautiful little film.