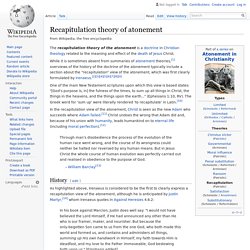 While it is sometimes absent from summaries of atonement theories,[1] overviews of the history of the doctrine of the atonement typically include a section about the “recapitulation” view of the atonement, which was first clearly formulated by Irenaeus.[2][3][4][5][6][7][8][9] One of the main New Testament scriptures upon which this view is based states: "[God's purpose is, in] the fulness of the times, to sum up all things in Christ, the things in the heavens, and the things upon the earth...

" (Ephesians 1:10, RV). The Greek word for 'sum up' were literally rendered 'to recapitulate' in Latin.[10] History[edit] As highlighted above, Irenaeus is considered to be the first to clearly express a recapitulation view of the atonement, although he is anticipated by Justin Martyr,[14] whom Irenaeus quotes in Against Heresies 4.6.2: ...if St. Chapter 4 THE CRUCIFIXION. One thing at least can be said with certainty about the Crucifixion of Christ; it was manifestly the most famous death in history. 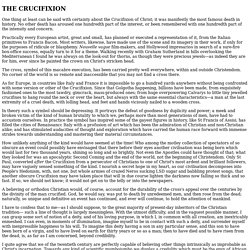 No other death has aroused one hundredth part of the interest, or been remembered with one hundredth part of the intensity and concern. Practically every European artist, great and small, has planned or executed a representation of it, from the Italian primitives to Francis Bacon. Most writers, likewise, have made use of the scene and its imagery in their work, if only for the purposes of ridicule or blasphemy. Nouvelle vague film-makers, and Hollywood impresarios in search of a sure-fire box-office success, equally turn to it for a theme. Walking recently with Graham Sutherland in hills overlooking the Mediterranean I found he was always on the look-out for thorns, as though they were precious jewels—as indeed they are for him, ever since he painted the crown on Christ's stricken head. In theory such a symbol should be depressing. The Historicity of the Empty Tomb Evaluated: Roman Crucifixion and Jewish Burial.

This belongs to the improbability section properly, but I have set it apart. 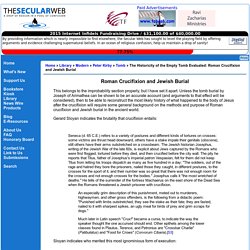 Unless the tomb burial by Joseph of Arimathea can be shown to be an accurate account (and arguments to that effect will be considered), then to be able to reconstruct the most likely history of what happened to the body of Jesus after the crucifixion will require some general background on the methods and purpose of Roman crucifixion and Jewish burial in the ancient world. Gerard Sloyan indicates the brutality that crucifixion entails: Seneca (d. 65 C.E.) refers to a variety of postures and different kinds of tortures on crosses: some victims are thrust head downward, others have a stake impale their genitals (obscena), still others have their arms outstretched on a crossbeam. Tmsj15c. He Saw Something Weird In The Tree And Got A Camera, What I Saw Will Shock You. Every once in a while you see something in nature that undeniably boasts of God’s goodness. 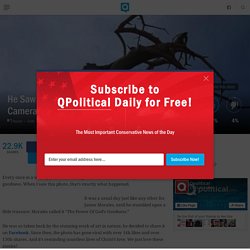 When I saw this photo, that’s exactly what happened. It was a usual day just like any other for James Morales, until he stumbled upon a little treasure. Morales called it “The Power Of God’s Goodness.” He was so taken back by the stunning work of art in nature, he decided to share it on Facebook. Since then, the photo has gone viral with over 16k likes and over 130k shares. This is beautiful. Many are claiming that God carved His greatest act of love on this tree, to remind us of He feels towards us. 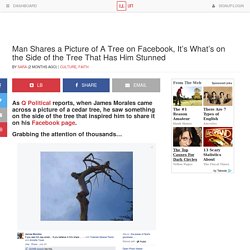 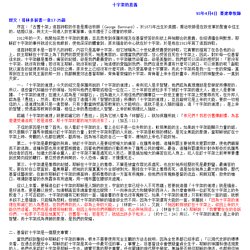 The Messiah who was Cursed on the Tree. A crucified Messiah is an impossibility - the one hanged on the tree to die is a traitor or a blasphemer. 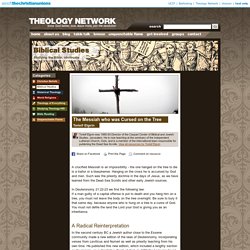 Hanging on the cross he is accursed by God and men. Such was the priestly doctrine in the days of Jesus, as we have learned from the Dead Sea Scrolls and other early Jewish sources. In Deuteronomy 21:22-23 we find the following law: If a man guilty of a capital offense is put to death and you hang him on a tree, you must not leave the body on the tree overnight. Be sure to bury it that same day, because anyone who is hung on a tree is a curse of God. מכשׁול הצליב - The Offense of the Cross. I mentioned recently that Yeshua repeatedly took the role of a "stumbling block" to test people's response to his ministry and message. 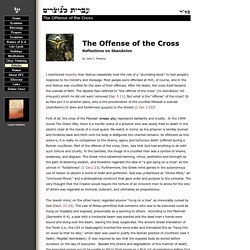 Feast of the Exaltation of the Holy Cross. During the reign of Constantine, first Roman Emperor to profess the Christian faith, his mother Helena went to Israel and there undertook to find the places especially significant to Christians. 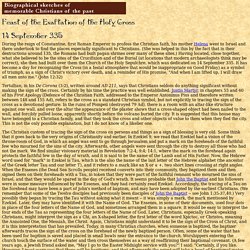 Early Images of the Crucifixion. Early depictions of the Passion of Christ tended to omit the crucifixion, and there are very few representations of it in the Early Christian and Early Byzantine period. 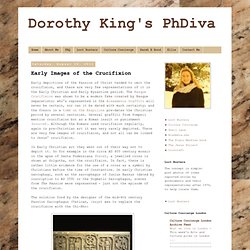 The Basque Crucifixion was shown to be a modern fake created by Basque separatists; who's represented in the Alexamenos Graffito will never be certain, nor can it be dated with much certainty; and the fresco in a tomb on the Esquiline pre-dates the Christian period by several centuries. Several graffiti from Pompeii mention crucifixion but as a Roman insult or punishment (source). Although the Romans used crucifixion regularly, again in pre-Christian art it was very rarely depicted. There are very few images of crucifixion, and not all can be linked to Jesus' crucifixion. In Early Christian art they went out of their way not to depict it. Why did Jesus Have to Die? - Alan G. Padgett by Ben McDonald Coltvet - Blog - Enter the Bible. The New Testament consistently teaches that Jesus, God’s Son, dies so that we may be saved from sin.

The ultimate motive for this is the love of God. Underneath the surface of events, behind and beyond the folly and wickedness of human leaders, God's plan for salvation was being worked out (Acts 2:23; 1 Peter 1:20). The short answer to our question is: "through Christ, God was reconciling the world to himself, not counting their sins against them. " (2 Cor 5:19). CHRISTIAN SYMBOLS: THE FISH (ICHTHUS, ICTUS), CROSS AND CRUCIFIX. Christian symbols Sponsored link. The history of the Christian fish symbol: The fish outline is a logical symbol for the early Christian church to adopt.

Jesus' Crucifixion Was Not a Sacrifice. There’s one question I’ve never heard asked as part of an inquiry into Christianity: Why was Jesus’ so-called “sacrifice” considered to be so significant? Let’s examine some details of the narrative: He came here to die, and knew it was going to happenHe knew it wouldn’t be permanentHe isn’t dead That last one is important. You keep using that word; I don’t think it means what you think it means. Simple question: why are we calling it a “sacrifice” if he isn’t dead? We have someone who’s literally a god, who knows he came here to die on the cross (but only for three days) after which he’d be immortal for all eternity.

Ah, but perhaps you’re thinking that he was separated from God at the time, and that he was just a man, and that he felt pain and fear and disconnection. He knew he was going to live forever. He gave his only begotten son. Explain that to me. Then explain how an omnipotent entity cannot simply create 10,000 more sons, or suns, or multiverses. There was nothing. Jesus' Death as Sacrifice?  The New Testament includes frequent references to Jesus' death as a means of salvation. John's Gospel refers to Jesus as "the lamb of God who takes away the world's sin" (1:29), and Revelation takes up the same image.

Hebrews describes Jesus as setting aside sin through the sacrifice of his own self (9:26). Paul attests that God sets forth Jesus as a sacrifice (literally, "place of atonement") "by his blood" (Romans 3:25). Luke's Gospel stands out for refusing to describe Jesus' death in sacrificial terms, though there Jesus' body is broken "for you" and his blood is poured out "for you" as a "new covenant" (22:19-20). Far removed from the world of ritual sacrifice, most modern folk find such language confusing, even offensive. There's a problem with penal substitution. According to the Bible, God offers forgiveness freely. Jesus' Interpretation of his Death. 1. Selective Bibliography 2. Introduction 3. Jesus' References to His Impending Death 3.1. Jesus' Threefold Prediction of His Death and Resurrection in the Synoptic Gospels 3.1.1.