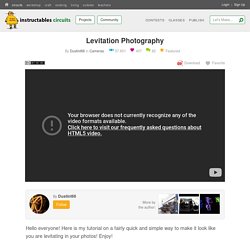 Ads are based on both AdWords data and behavioral data that we collect while you’re on our sites. The data we collect may include pages you’ve visited, trials you’ve initiated, videos you’ve played, purchases you’ve made, and your IP address or device ID. This information may be combined with data that AdWords has collected from you. We use the data that we provide to AdWords to better customize your digital advertising experience and present you with more relevant ads. Make Your Own Crude Cocktail Machine: 5 Steps. Make your own crude Cocktail Machine. Comparatif des modèles de Raspberry PI. StereoPi - taking 3D photos with Pi. Did you know that since 2014, Raspbian has offered built-in support for stereoscopic photography? 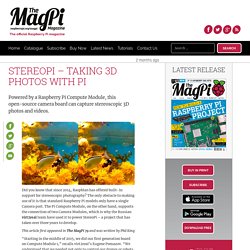 The only obstacle to making use of it is that standard Raspberry Pi models only have a single Camera port. The Pi Compute Module, on the other hand, supports the connection of two Camera Modules, which is why the Russian virt2real team have used it to power StereoPi – a project that has taken over three years to develop. This article first appeared in The MagPi 79 and was written by Phil King “Starting in the middle of 2015, we did our first generation board on Compute Module 1,” recalls virt2real’s Eugene Pomazov.

“We understood that we needed not only to control our drones or robots, but add more autonomous features. “We tried to find ready-to-use solutions on the market. Two Pi Camera Modules can be connected to the StereoPi board, for stereoscopic photography Standard Pi ports With Raspberry Pi at its core, StereoPi works with the standard Raspbian OS. Double the possibilities. Monitor plant growth with AI and OpenCV. Do you know how tall your plant is? 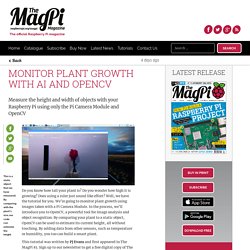 Do you wonder how high it is growing? Does using a ruler just sound like effort? Well, we have the tutorial for you. Beginners Guide v1. Essentials Camera v1. Issue 75. This issue, in celebration of getting to number 75, we’re counting down 75 of the greatest Raspberry Pi projects, 50 of which were voted for by you! 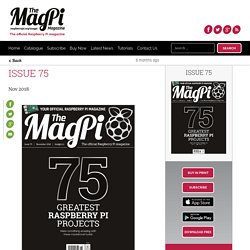 Who won? Read The MagPi 75 to find out… Also this issue, we have an in-depth article on using the Raspberry Pi Camera Module, how to build a secret chat device, and tips for the new Raspberry Pi TV HAT! Buy The MagPi from these stores All this inside The MagPi 75 Having fun with a 4D arcadeWorld Maker Faire New York photosOur top ten Raspberry Pi starter kitsReview of the Cube:BitAnd much more! Need more details? You can buy The MagPi in all good newsagents, as well as high street stores, including: WHSmithTescoSainsbury’sAsdaBarnes & NobleMicro Center The MagPi is freely licensed under Creative Commons (BY-SA-NC 3.0). MagPi75. PolaPi-Zero: a Polaroid-style camera.

The PolaPi-Zero is the second iteration of Pierre Muth’s exploration into portable photography with the Raspberry Pi and thermal printer. 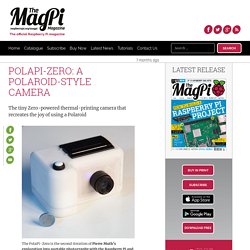 No stranger to thermal printing builds, he’s previously created such wonders as a camera booth lottery ticket system. Take your photo and if your thermal printout displays another’s face, locating them grants you both a free beer. Pierre Muth is an electronic technician with a love for making things, thermal printers, and the Adafruit Big Red Button. Jphfilm/rpi-film-capture: A project to capture 8mm and 16mm films using a raspberry pi & camera, and a modified movie projector.

Jibbius/raspberry_pi_photo_booth: The code for my Raspberry Pi photo booth. 3D Body Scanner Using Raspberry Pi Cameras: 8 Steps. Image processing under Linux - The basics. Many people still think that Linux is monochrome and you can't even display an image. 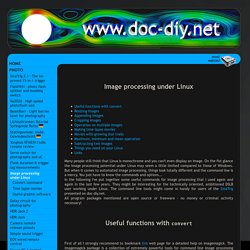 On the fist glance the image processing potential under Linux may seem a little limited compared to those of Windows. But when it comes to automated image processing, things look totally different and the command line is a mercy. You just have to know the commands and options... In the following I've put together some useful commands for image processing that I used again and again in the last few years.

They might be interesting for the technically oriented, ambitioned DSLR user working under Linux. First of all I strongly recommend to bookmark this web page for a detailed help on imagemagick. Resizing images. Image processing under Linux - The basics. Create a Raspberry Pi Photo Booth for Your Next Party. Photo by Hep Svadja Everybody loves clowning in a digital photo booth at parties and weddings, then sharing the photos online. But who wants to risk a laptop getting doused with margaritas or champagne? Read articles from the magazine right here on Make:.

Don’t have a subscription yet? Get one today. These days, cheap single-board computers make it easy to roll your own standalone photo booth that can connect to the internet with no help from your precious PC. Take Photos Through These Raspberry Pi Powered Binoculars. Hands-Free Photography Foot Switch. Camera remote release pinout list. CanonFujiHasselbladNikonOlympusPanasonic/LumixPentaxSigmaSony Most DSLR and SLR cameras can be triggered remotely using a release cable. 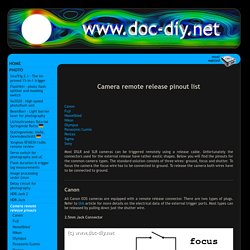