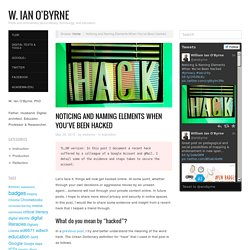 I detail some of the evidence and steps taken to secure the account. Let’s face it, things will now get hacked online. At some point, whether through your own decisions or aggressive moves by an unseen agent…someone will root through your private content online. In future posts, I hope to share more about privacy and security in online spaces. In this post, I would like to share some evidence and insight from a recent hack that I helped a friend through. 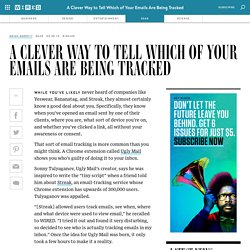 Specifically, they know when you’ve opened an email sent by one of their clients, where you are, what sort of device you’re on, and whether you’ve clicked a link, all without your awareness or consent. That sort of email tracking is more common than you might think. A Chrome extension called Ugly Mail shows you who’s guilty of doing it to your inbox. Sonny Tulyaganov, Ugly Mail’s creator, says he was inspired to write the “tiny script” when a friend told him about Streak, an email-tracking service whose Chrome extension has upwards of 300,000 users. Tulyaganov was appalled. “[Streak] allowed users track emails, see when, where and what device were used to view email,” he recalled to WIRED. 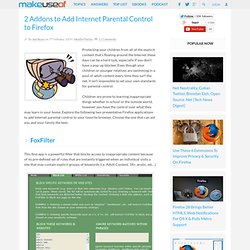 Even though your children or younger relatives are swimming in a pool of adult content every time they surf the net, it isn’t impossible to set your own standards for parental control. Children are prone to learning inappropriate things whether in school or the outside world, however you have the control over what they may learn in your home. Explore the following two preventative Firefox applications to add Internet parental control to your favorite browser. Choose the one that can aid you and your family the best.

FoxFilter This first app is a powerful filter that blocks access to inappropriate content because of its pre-defined set of rules that are instantly triggered when an individual visits a site that may contain explicit groups of keywords (i.e. Configuration & Options Suricate How it Works FoxFilter vs. How to Friend Mom, Dad, and the Boss on Facebook...Safely - Read. Oh no! 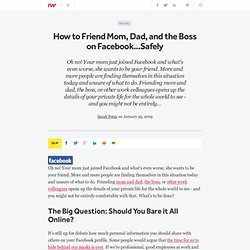 Your mom just joined Facebook and what's even worse, she wants to be your friend. More and more people are finding themselves in this situation today and unsure of what to do. Friending mom and dad, the boss, or other work colleagues opens up the details of your private life for the whole world to see - and you might not be entirely comfortable with that.

How to Remove False Libelous Info About Yourself Online. Bloggers are usually well aware of the dangers of being accused of libel, and that’s why most independent online journalists are very careful to make sure that everything they write about someone on their blog is backed with documentation and evidence. 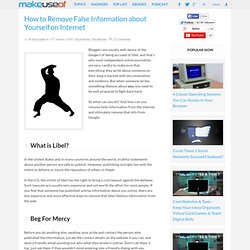 But when someone writes something libelous about you, you need to be well prepared to fight back hard. So what can you do? And how can you remove false information from the internet and ultimately remove that info from Google. What is Libel? In the United States and in many countries around the world, truthful statements about another person are safe to publish. In the U.S., the victim of libel has the right to bring a civil lawsuit against the defamer. Beg For Mercy Before you do anything else, swallow your pride and contact the person who published the information.

Unfortunately, the odds are pretty good that you may be dealing with an unstable or unreasonable individual. When Google Owns You. Nick Saber isn’t happy now. 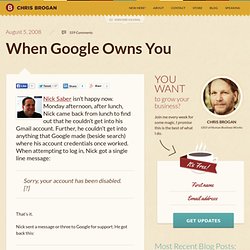 Monday afternoon, after lunch, Nick came back from lunch to find out that he couldn’t get into his Gmail account. Further, he couldn’t get into anything that Google made (beside search) where his account credentials once worked. When attempting to log in, Nick got a single line message: Sorry, your account has been disabled. [?]