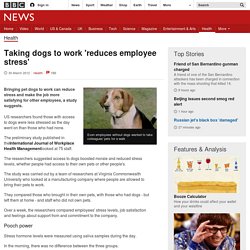 US researchers found those with access to dogs were less stressed as the day went on than those who had none. The preliminary study published in theInternational Journal of Workplace Health Managementlooked at 75 staff. The researchers suggested access to dogs boosted morale and reduced stress levels, whether people had access to their own pets or other people's. The study was carried out by a team of researchers at Virginia Commonwealth University who looked at a manufacturing company where people are allowed to bring their pets to work.

They compared those who brought in their own pets, with those who had dogs - but left them at home - and staff who did not own pets. Over a week, the researchers compared employees' stress levels, job satisfaction and feelings about support from and commitment to the company. In the morning, there was no difference between the three groups. Take Your Dog to Work, Improve Productivity. June 24 is Take Your Dog to Work Day, which is designed to draw attention to the bond we have with our dogs and to the many dogs available for adoption. 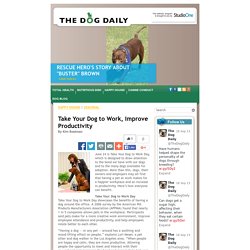 More than this, dogs, their owners and employers may all find that having a pet at work makes for a happier workplace and an increase in productivity. Here’s how everyone can benefit. Take Your Dog to Work DayTake Your Dog to Work Day showcases the benefits of having a dog around the office. A 2006 survey by the American Pet Products Manufacturers Association (APPMA) found that nearly 1 in 5 companies allows pets in the workplace. Participants said pets make for a more creative work environment, improve employee attendance and productivity, and help employees relate better to each other. “Having a dog -- or any pet -- around has a soothing and mood-lifting effect on people,” explains Lori Meyer, a pet sitter and dog walker in the Los Angeles area. For a Productive Workplace Let Your Office Go to the Dogs. Dogs have earned their designation as man’s best friend. 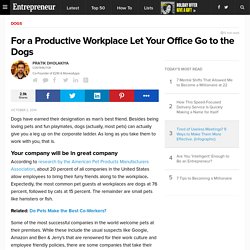 Besides being loving pets and fun playmates, dogs (actually, most pets) can actually give you a leg up on the corporate ladder. As long as you take them to work with you, that is. Your company will be in great company According to research by the American Pet Products Manufacturers Association, about 20 percent of all companies in the United States allow employees to bring their furry friends along to the workplace.

Expectedly, the most common pet guests at workplaces are dogs at 76 percent, followed by cats at 15 percent. Related: Do Pets Make the Best Co-Workers? Some of the most successful companies in the world welcome pets at their premises. The Build-a-Bear Workshop has Milford the a Chief Executive Dog, while P&G Petcare has Euka the V.P. of Canine Communications. Some pets are not just office regulars, they are also stars in their own right. Pets improve teamwork, job satisfaction and employee Limited Time Offer. HOW A PET DOG CAN IMPROVE YOUR PRODUCTIVITY.

Published on : Monday 31st March 2014 Ask someone why they got a dog and they're likely to tell you about the affection and unconditional love they bring into a home. 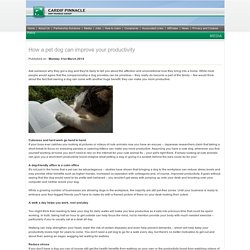 While most people would agree that the companionship a dog provides can be priceless – they really do become a part of the family – few would think about the fact that owning a dog can come with another huge benefit: they can make you more productive. Cuteness and hard work go hand in hand If your boss ever catches you looking at pictures or videos of cute animals now you have an excuse – Japanese researchers claim that taking a short break to focus on sneezing pandas or yawning kittens can make you more productive.

Assuming you have a cute dog, whenever you find yourself working at home you don't need to rely on the internet for your cute animal fix – your pet's right there. While a growing number of businesses are allowing dogs in the workplace, the majority are still pet-free zones. Hundar som %C3%A4r ensamma hemma. Bättre arbetsplats med hundar. Det blir allt vanligare att anställda tar med sig hunden till arbetet. 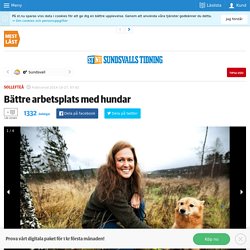 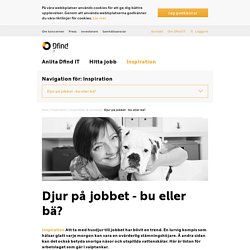 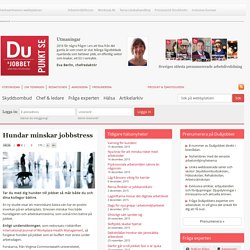