I want to live my life to the fullest. I like to knit, crochet, game and try new things. 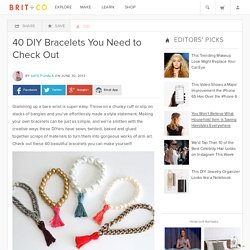 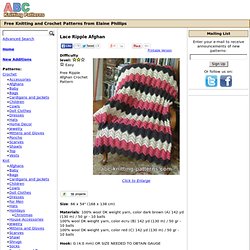 4 Simple Steps to Grow a Hundred Pounds of Potatoes in a Barrel. Container gardening isn't only for savvy urban gardeners and folks with limited space to grow, it can also be for folks who want to maximize their yields in a controlled environment. 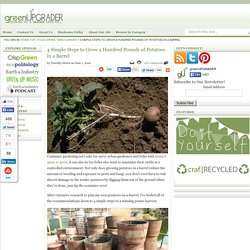 Not only does growing potatoes in a barrel reduce the amount of weeding and exposure to pests and fungi, you don't even have to risk shovel-damage to the tender potatoes by digging them out of the ground when they're done, just tip the container over! After extensive research to plan my own potatoes-in-a-barrel, I've boiled all of the recommendations down to 4 simple steps to a winning potato harvest. 1. Select and prepare a container You'll need to pick out a container such as a 50-gallon trash barrel or one of those half whiskey barrel planters. Good drainage is critical for the cultivation of healthy potatoes so you'll want to cut or drill a series of large drainage holes in the bottom and bottom sides of your container. Watch This cat eats with a fork. Our Baby Sleeping. Ala. Student Sues Best Buy's Geek Squad After Circulation of Nude Photos.

An art student at the University of Alabama is suing Best Buy, claiming staff members on their Geek Squad Technical Support circulated nude photos of her from her computer after she took it in for repairs, court documents show. 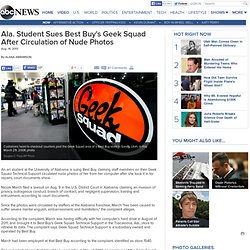 Nicole March filed a lawsuit on Aug. 9 in the U.S. District Court in Alabama, claiming an invasion of privacy, outrageous conduct, breach of contract, and negligent supervision, training and entrustment, according to court documents. UPDATE: Stoughton Police to Give Autistic Boy New iPad After His is Stolen - Police & Fire - Stoughton, MA Patch. The following story was updated at 3:30 p.m. on August 21:After a small Stoughton boy had his iPad stolen, the Stoughton Police Department stepped up to get him a new one. 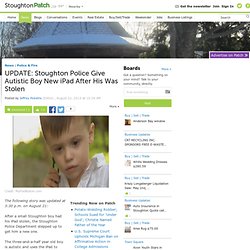 The three-and-a-half year old boy is autistic and uses the iPad to communicate. It was stolen from his mother's car, FOX 25 and WHDH report. Sarah Cardoso's Jeep SUV, parked at her Lincoln Street home, was broken into early Tuesday morning, with the thief taking the iPad and $10 left in the glove compartment, according to FOX 25. The 2nd Smartest bird in the world. Teens charged after allegedly killing Australian student in Oklahoma for the 'fun of it'

These photos released by the Stephens County Sheriffs Office show, left to right, James Edwards Jr., Chancey Luna and Michael Jones.stephens county sheriffs office Christopher Lane, shown here in an undated photo, was attending school in Oklahoma on a baseball scholarship when he was gunned down.AP/Essendon Baseball Club Aug. 16, 2013: Sarah Harper,Christopher Lane's girlfriend, stands beside a memorial along the road where police say Lane, an Australian baseball player was shot and killed by three bored teenagers who decided to kill someone for fun, in Duncan, Okla. 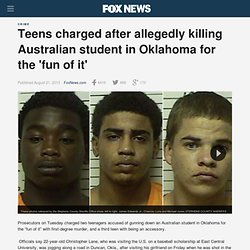 Lane, who was visiting Duncan where Harper and her family lives, had jogged past a home where the boys were staying and that apparently led to him being gunned down at random, said Police Chief Danny Ford.AP Prosecutors on Tuesday charged two teenagers accused of gunning down an Australian student in Oklahoma for the “fun of it” with first-degree murder, and a third teen with being an accessory.