The changing significance of Gallipoli

This is a collection of recommended sources for your inquiry. If you have questions about how to use any of the sources please talk to Mrs Carroll or Mrs Miles in the library.

(You don't have to join or login. Click on a 'pearl' and then the website url at the top left of the pearl) NZ History Online - The Gallipoli campaign. WW100 New Zealand. A selection of sites and sources for learning about the history of the First World War from a New Zealand perspective, and the role your family members might have played in it. 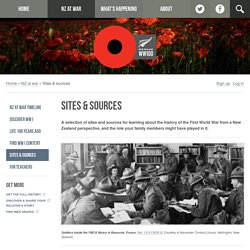 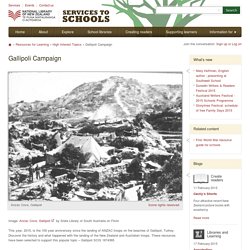 Index New Zealand is excellent for getting magazine and newspaper articles that aren't available online. You can order them yourself following the instructions below, or, ask Mrs Carroll or Mrs Miles at the library for help. Index New Zealand (INNZ) is a great tool for staff and students wanting historical or up-to-date information from journals, magazines and newspapers on a wide range of subjects. 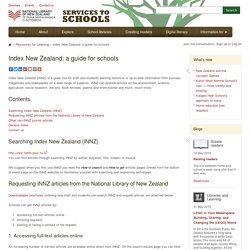 INNZ can provide articles on the environment, science, agriculture, social research, the arts, book reviews, poems and short stories and much, much more. Contents Searching Index New Zealand (INNZ)Requesting INNZ articles from the National Library of New ZealandOther non-INNZ journal articlesGeneral notesContact us Searching Index New Zealand (INNZ) can find articles through searching INNZ by author, keyword, title, subject or source. We suggest when you first use INNZ you read the How to search and How to get articles pages (linked from the bottom of every page on the INNZ website) to familiarise yourself with searching and requesting techniques.

NZ on Screen - Gallipoli search results. The World War I Collection Curated by NZ On Screen Team 2014 marks the centennial of the start of World War I. 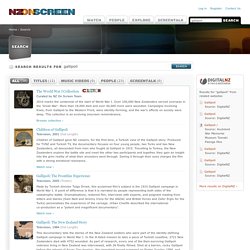 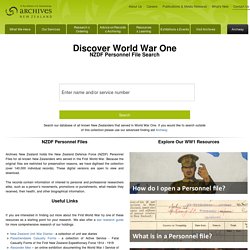 Because the original files are restricted for preservation reasons, we have digitised the collection (over 140,000 individual records). These digital versions are open to view and download. The records contain information of interest to personal and professional researchers alike, such as a person’s movements, promotions or punishments, what medals they received, their health, and other biographical information. Useful Links If you are interested in finding out more about the First World War try one of these resources as a starting point for your research. Papers Past - search newspaper articles from 1915 through to 1945. Skip to content English | Māori Masthead of the Taranaki Herald 01 July 1865 Try out Papers Past beta We are delighted to announce a new version of Papers Past is now available for you to test. 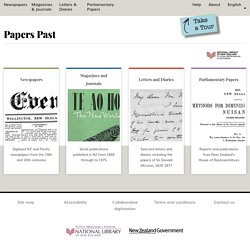 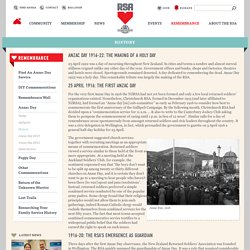 In cities and towns a sombre and almost surreal stillness reigned unlike any other day of the year. Government offices and banks, shops and factories, theatres and hotels were closed. Sportsgrounds remained deserted. A day dedicated to remembering the dead. 25 April 1916: The first Anzac Day For the very first Anzac Day in 1916 the NZRSA had not yet been formed and only a few local returned soldiers’ organisations existed. Anzac Day, 1916 The government suggested church services together with recruiting meetings as an appropriate means of commemoration. 1916-20: The RSA’s emergence as guardian Three days after the first Anzac Day observance, the New Zealand Returned Soldiers’ Association was founded in Wellington.

In 1917, however, 25 April had already been set aside for municipal elections in many parts of the country. The “Boxer Service” 1921: A “muddled holiday” Anzac Day - a guide for New Zealanders. Anzac's ghosts. The young reshape Gallipoli and maybe a nation. Yesterday was a time to reflect — on a defeat and a journey. 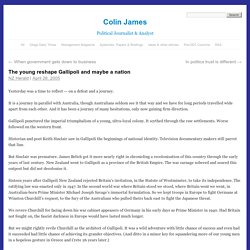 It is a journey in parallel with Australia, though Australians seldom see it that way and we have for long periods travelled wide apart from each other. And it has been a journey of many hesitations, only now gaining firm direction. Gallipoli punctured the imperial triumphalism of a young, ultra-loyal colony. It scythed through the raw settlements. Worse followed on the western front. Historian and poet Keith Sinclair saw in Gallipoli the beginnings of national identity. But Sinclair was premature. Sixteen years after Gallipoli New Zealand rejected Britain’s invitation, in the Statute of Westminster, to take its independence. We revere Churchill for facing down his war cabinet appeasers of Germany in his early days as Prime Minister in 1940. Myths in the making. SHEEHAN, M. (1997, April 23). Myths in the making. Dominion Post, The. p. 7. 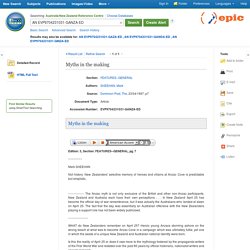 New Zealanders' selective memory of heroes and villains at Anzac Cove is predictable but simplistic.