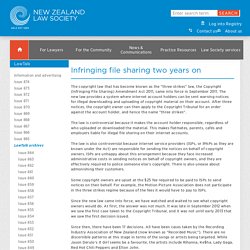 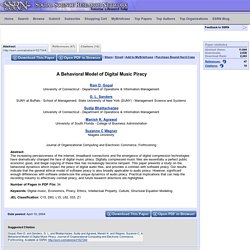 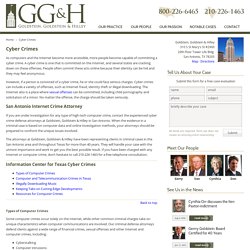 A cyber crime is one that is committed on the Internet, and several states are cracking down on these offenses. People often commit these acts online because their identity can be hid and they may feel anonymous. However, if a person is convicted of a cyber crime, he or she could face serious charges. Cyber crimes can include a variety of offenses, such as Internet fraud, identity theft or illegal downloading. San Antonio Internet Crime Attorney If you are under investigation for any type of high-tech computer crime, contact the experienced cyber crime defense attorneys at Goldstein, Goldstein & Hilley in San Antonio. The attorneys at Goldstein, Goldstein & Hilley have been representing clients in criminal cases in the San Antonio area and throughout Texas for more than 40 years. Information Center for Texas Cyber Crimes Back to top. Ministry of Business, Innovation and Employment. 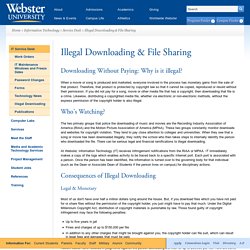 When a movie or song is produced and marketed, everyone involved in the process has monetary gains from the sale of that product. Therefore, that product is protected by copyright law so that it cannot be copied, reproduced or resold without their permission. If you did not pay for a song, movie or other media file that has a copyright, then downloading that file is a crime. Illegal downloading of music. Since the onset of the internet one of the biggest areas which have caused problems for large business and industries is in relation to the illegal access to and downloading of music. 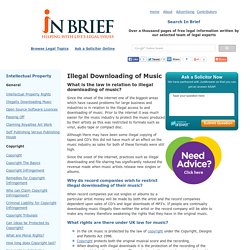 Prior to the internet it was much easier for the music industry to protect the music produced by their artists as this was restricted to formats such as vinyl, audio tape or compact disc. Although there may have been some illegal copying of tapes and CD’s this did not have much of an effect on the music industry as sales for both of these formats were still high. Since the onset of the internet, practices such as illegal downloading and file sharing has significantly reduced the revenue made when music artists release new singles or albums. Why do record companies wish to restrict illegal downloading of their music?

When record companies put out singles or albums by a particular artist money will be made by both the artist and the record companies dependent upon sales of CD’s and legal downloads of MP3’s. Illegal Downloads, Copyright, File Sharing & Piracy. A copyright is a form of protection, granted by the laws of the United States, to the creator of an original work of authorship including literary, dramatic, musical, artistic, and certain other intellectual works, to control the distribution, usually for a limited time, after the work enters the public domain. 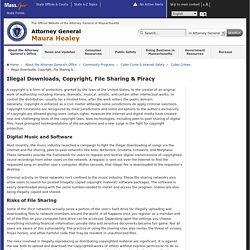 Generally, copyright is enforced as a civil matter although some jurisdictions do apply criminal sanctions. Copyright limitations are recognized by most jurisdictions and some exceptions to the author's exclusivity of copyright are allowed giving users certain rights. Preventing illegal internet downloads – an employer's guide. Rob Towner, Partner | Friday 11 November 2011 Last week, Telecom, Orcon, TelstraClear and Vodafone each confirmed receipt of multiple detection notices relating to the illegal downloading of music. 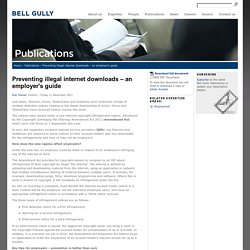 Orcon and TelstraClear have received further notices this week. The notices were issued under a new internet copyright infringement regime, introduced by the Copyright (Infringing File Sharing) Amendment Act 2011 (Amendment Act) which came into force on 1 September this year. In turn, the respective recipient internet service providers (ISPs) (eg Telecom and Vodafone) are required to serve notices on their account holders who are responsible for the infringements and may or may not be employers. How does the new regime affect employers? Downloading and copyright law - Vodafone. Young people are increasingly accessing and sharing music, video, games and other exciting content on download websites, social networking websites and peer-to-peer (P2P) networks. 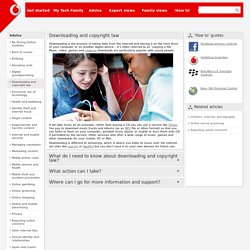 In fact, research by Ofcom shows that more than half of 12 to 15 year olds in the UK download or play music online at least once a week. It’s great to see such creativity and self-expression but your kids might not understand the legal, safety and security implications of downloading. It’s therefore crucial that you help your kids to understand who owns the copyright and what they can legally do with content they’ve downloaded from the internet, as well as how they can minimise security risks, such as viruses. The Law - April 16, 2014. Unauthorized Copying is Against the Law Copyright law protects the value of creative work. 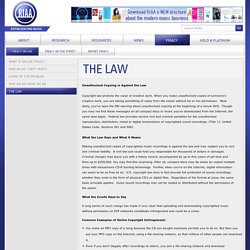 When you make unauthorized copies of someone’s creative work, you are taking something of value from the owner without his or her permission. Most likely, you’ve seen the FBI warning about unauthorized copying at the beginning of a movie DVD. Though you may not find these messages on all compact discs or music you’ve downloaded from the Internet, the same laws apply. Federal law provides severe civil and criminal penalties for the unauthorized reproduction, distribution, rental or digital transmission of copyrighted sound recordings. What the Law Says and What it Means Making unauthorized copies of copyrighted music recordings is against the law and may subject you to civil and criminal liability.

What the Courts Have to Say Common Examples of Online Copyright Infringement: You make an MP3 copy of a song because the CD you bought expressly permits you to do so.