EE 10 Book list. Made on Earth: Global trade defined in eight everyday items. English reading skills practice. Test & Practice Exercises. Read our articles on a range of topics. Oxford Owl from Oxford University Press. Learning to read – and to love to read – is directly linked to children's success at school and beyond. 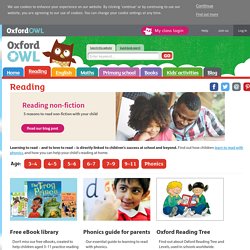 Find out how children learn to read with phonics, and how you can help your child's reading at home. Free eBook library Don’t miss our free eBooks, created to help children aged 3–11 practice reading at home. Browse free eBooks > Phonics guide for parents Our essential guide to learning to read with phonics. Oxford Reading Tree Find out about Oxford Reading Tree and Levels, used in schools worldwide. Popular topics Find your reading stage A simple test to find the right Read with Oxford Stage for your child to read at home. Comprehension Tips and activities to help develop your child's comprehension skills. Struggling readers. Watch our series Word on the Street. Britain's most haunted castles - Countryfile.com. From humble medieval ruins to the grander Windsor Castle, the UK is home to hundreds of castles. 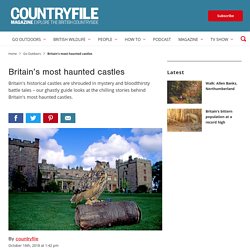 Mass castle building in Britain dates back to the Norman era when William the Conqueror had large stone castles built for protection. Fyvie castle, near Turriff, Aberdeenshire Dating back to the 13th century, Fyvie castle now belongs to the National Trust for Scotland but, like so many British castles, it has a dark past. Its ghostly Green Lady is thought to be Dane Lilias Drummond, who died of a broken heart when her husband Sir Alexander Seton began having an affair. Her name is carved into the castle walls and its claimed this act was carried out by her angry ghost after he death. The castle also boasts its own Grey Lady, said to be the ghost of Lady Meldrum. Chillingham castle, Northumberland. 17 Best Castles In England To Visit. There’s no doubt that has some of the best castles in England dotted all across the country. 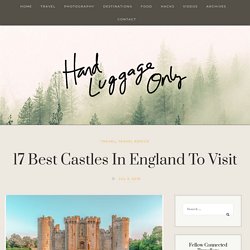 Now, it’s no surprise that I’m slightly biased here, but we’ve got hundreds of incredible castles that are just too beautiful to ignore. That being said, with so many castles in England, it can actually be hard to pinpoint just a handful to visit. That’s why I wanted to share some of my very favourite and best castles in England that I think you shouldn’t miss. It doesn’t matter what part, or beautiful places in England you’re heading to, I’m almost certain you’ll find one or two stunning castles along the way. After all, this is what makes exploring England so amazing! It’s always so incredible to see castles that have stood for, in some cases, millennia, especially.

- l'office du tourisme national écossais. Learn English through songs. Songs are a great source of ‘real-life’ language and you can use music to practise lots of different language skills. 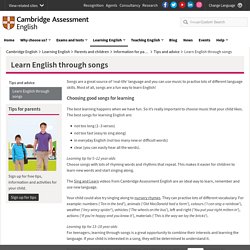 How to use songs in the English language classroom. What makes for a successful song-based lesson? 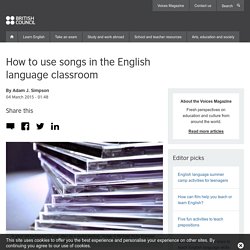 Adam Simpson, second-time winner of the British Council’s Teaching English blog award for his post on conditionals (written with Paul Mains), explains. One of the big problems we all face, whether teaching English to children or adults, is maintaining learners’ interest throughout our lessons. Consequently, we often have to be very creative in the techniques we use. What makes music such a great teaching tool is its universal appeal, connecting all cultures and languages. This makes it one of the best and most motivating resources in the classroom, regardless of the age or background of the learner. How English evolved into a global language. As the British Library charts the evolution of English in a new major exhibition, author Michael Rosen gives a brief history of a language that has grown to world domination with phrases such as "cool" and "go to it". 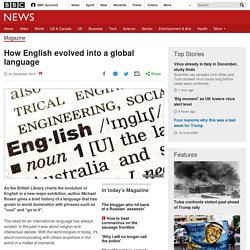 The need for an international language has always existed. In the past it was about religion and intellectual debate. With the technologies of today, it's about communicating with others anywhere in the world in a matter of moments. Two events, separated by nearly 400 years, show how this need has always been present. Firstly, sitting in front of me I have a copy of the celebrated book Utopia, by Sir Thomas More. The second event was a talk I recently had with a German scientist.

How to stay motivated when learning a language. Passives. We make the passive using ‘be’ – in a suitable tense – and the past participle (‘done’, ‘played’ etc.). 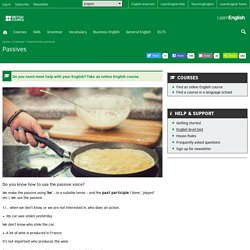 We use the passive: 1) … when we don’t know, or we are not interested in, who does an action. My car was stolen yesterday. We don’t know who stole the car. A lot of wine is produced in France. It’s not important who produces the wine. 2) … when the main topic of the sentence isn’t who did the action. Television was invented in the 1920s by John Logie Baird. British Council. The 15 most British foods ever. Food in Britain. Carmen: The Chinese introduced oriental food to Britain. 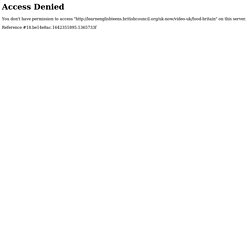 But before the Chinese, immigrants from all around the world came to live in London. British people enjoy a huge range of food and flavours from other countries. This is Borough Market, London’s oldest food market. Today, you can find food here from all over the world. This is Italian cheese. Restaurants from all around the world can be found on most British high streets. But just what are the UK’s favourite dishes? 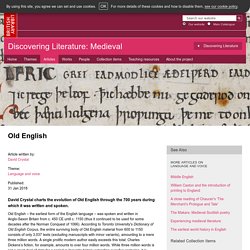 Old English – the earliest form of the English language – was spoken and written in Anglo-Saxon Britain from c. 450 CE until c. 1150 (thus it continued to be used for some decades after the Norman Conquest of 1066). According to Toronto University's Dictionary of Old English Corpus, the entire surviving body of Old English material from 600 to 1150 consists of only 3,037 texts (excluding manuscripts with minor variants), amounting to a mere three million words.