Beware of Word Document Viruses. Here’s what you may already know: Computer viruses are like small software programs. 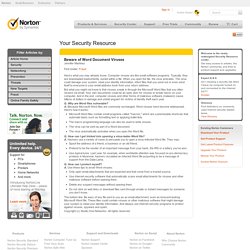 Typically, they are downloaded inadvertently, buried within a file. When you open the file, the virus activates. The virus could damage your system, steal your identity information, infect files that you send out or even send itself to everyone in your email address book from your return address. But what you might not know is that viruses sneak in through the Microsoft Word files that you often receive via email. Five portable antivirus and antimalware tools to carry with you at all times.

Let's face it: One of the primary Windows admin tasks is keeping machines free of infection. 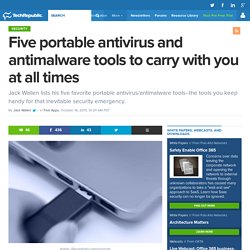 It's inevitable. End users will open files, install cutesy apps, and go to sites they shouldn't go to. When they do these things, their machines get infected. When their machines get infected, you could wind up fighting a losing battle—unless you have the right tools. But sometimes the antivirus tools installed on the machine just aren't enough. 1: ClamWin Portable ClamWin Portable (Figure A) is very much like its big brother: It's free, open source, and does a great job of disinfecting machines. 10 ways to avoid viruses and spyware. To have a fighting chance against today's rampant security threats, end users have to be informed and proactive. 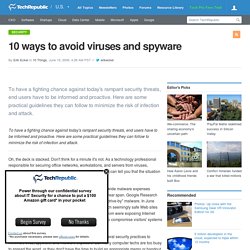 AV Test - The Independent IT Security Institute. Virusmap. Ralph Langner: Cracking Stuxnet, a 21st-century cyber weapon. Five free portable rootkit removers. If you've been at the IT game long enough, you have encountered a rootkit. 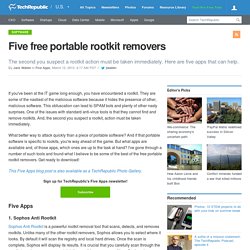 They are some of the nastiest of the malicious software because it hides the presence of other, malicious software. This obfuscation can lead to SPAM bots and plenty of other nasty surprises. One of the issues with standard anti-virus tools is that they cannot find and remove rootkits. And, the second you suspect a rootkit, action must be taken immediately. What better way to attack quickly than a piece of portable software? This Five Apps blog post is also available as a TechRepublic Photo Gallery. Five Apps 1. Sophos Anti Rootkit is a powerful rootkit removal tool that scans, detects, and removes rootkits.

Is BlackEnergy malware the future of cyberwarfare? Five years ago, the most sophisticated cyber weapon the world had ever seen ravaged Iran's nuclear program. 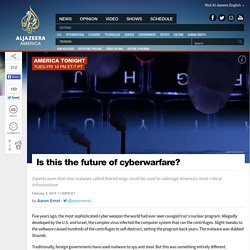 Allegedly developed by the U.S. and Israel, the complex virus infected the computer system that ran the centrifuges. Slight tweaks to the software caused hundreds of the centrifuges to self-destruct, setting the program back years. How AutoRun Malware Became a Problem on Windows, and How It Was (Mostly) Fixed. Thanks to bad design decisions, AutoRun was once a huge security problem on Windows. 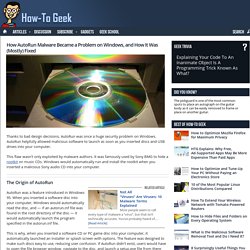 AutoRun helpfully allowed malicious software to launch as soon as you inserted discs and USB drives into your computer. This flaw wasn’t only exploited by malware authors. It was famously used by Sony BMG to hide a rootkit on music CDs. Windows would automatically run and install the rootkit when you inserted a malicious Sony audio CD into your computer. The Origin of AutoRun. Vírus mira roteadores e redireciona conexão para DNS falso no Brasil. How to Scan and Repair an Infected Computer From Outside Windows. If a Windows system is badly infected with malware, running an antivirus from inside Windows often won’t help. 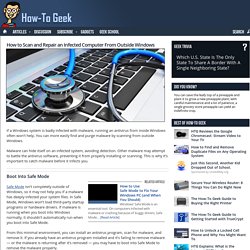 You can more easily find and purge malware by scanning from outside Windows. Malware can hide itself on an infected system, avoiding detection. Other malware may attempt to battle the antivirus software, preventing it from properly installing or scanning. This is why it’s important to catch malware before it infects you. Boot Into Safe Mode Safe Mode isn’t completely outside of Windows, so it may not help you if a malware has deeply infected your system files. From this minimal environment, you can install an antivirus program, scan for malware, and remove it. 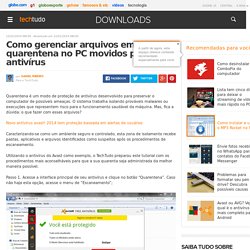