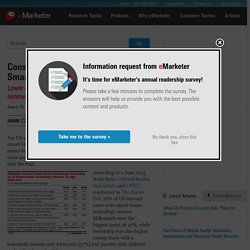 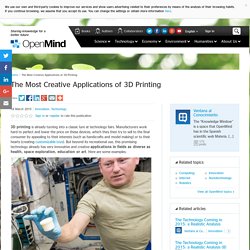 Manufacturers work hard to perfect and lower the price on these devices, which they then try to sell to the final consumer by appealing to their interests (such as handicrafts and model making) or to their hearts (creating customizable toys). But beyond its recreational use, this promising technology already has very innovative and creative applications in fields as diverse as health, space exploration, education or art. Here are some examples: Photo Credits: NASA SPACE PARTS. Photo Credits: Ryan Somma EDUCATIONAL MODELS. 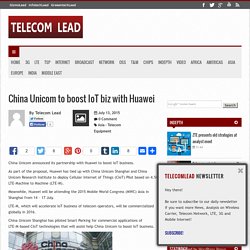 As part of the proposal, Huawei has tied up with China Unicom Shanghai and China Unicom Research Institute to deploy Cellular Internet of Things (CIoT) Pilot based on 4.5G LTE-Machine to Machine (LTE-M). Meanwhile, Huawei will be attending the 2015 Mobile World Congress (MWC) Asia in Shanghai from 14 – 17 July. LTE-M, which will accelerate IoT business of telecom operators, will be commercialized globally in 2016. China Unicom Shanghai has piloted Smart Parking for commercial applications of LTE-M-based CIoT technologies that will assist help China Unicom to boost IoT business. Firmware Developer - SmartHome IOT job at AXIS. Cutting through Internet of Things Hype. Posted July 8, 2015 By Drew RobbFeedback The Internet of Things topped Gartner's list of most-hyped technologies last summer. 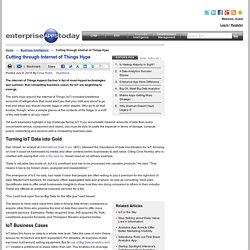 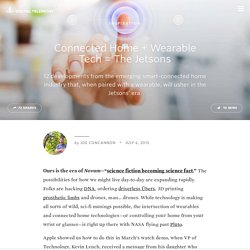 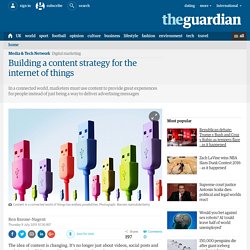 It’s no longer just about videos, social posts and websites. Our fridges, washing machines and watches are serving us recipes, news, entertainment and advice. It’s all part of a new, encompassing, connected world – the internet of things (IoT). Creating A Universal Remote Control For Business Communications. In the ultimate paradox, we have spent the last several years untethering our workforces while technically intertwining our personal and professional lives. 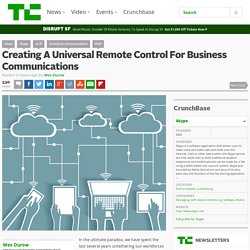 Yet, for many, the notion of BYOD often results in a feeling of being AWOL. With 25 percent of knowledge workers out of the office on any given day, the ability to remotely connect back into corporate communications and collaboration tools can be a challenge. An unanswered phone, a text with no response or an instant message not instantly acknowledged is anything but unified, creating communications drag instead of speed. Next Step Challenge - Best startup accelerator 2015. The Smart Stove that Makes You a Better Cook. This story originally appeared on the Digital Telepathy blog. 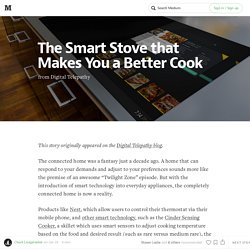 The connected home was a fantasy just a decade ago. A home that can respond to your demands and adjust to your preferences sounds more like the premise of an awesome “Twilight Zone” episode. But with the introduction of smart technology into everyday appliances, the completely connected home is now a reality. Products like Nest, which allow users to control their thermostat via their mobile phone, and other smart technology, such as the Cinder Sensing Cooker, a skillet which uses smart sensors to adjust cooking temperature based on the food and desired result (such as rare versus medium rare), the connected home is ushering in a new era of convenience for homeowners.

But that’s the problem that we at Digital Telepathy have with the most recent generation of smart products for the home, they are simply that: convenient. The Smart Stove. Smartwatches, augmented reality and selfie drones as Aussie tech group plots IPO. An ambitious Australian consumer technology group with plans to take on the likes of Apple and Samsung, with a range of wearable technology, mobile devices and electronic gadgets, will list on the ASX after raising capital ahead of a product push. 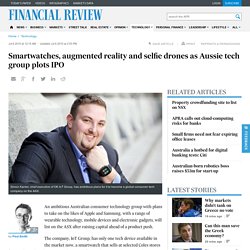 Www.valuewalk. Www.fiercewireless. Another standards group has been formed to accelerate the adoption of wireless Internet of Things technologies. 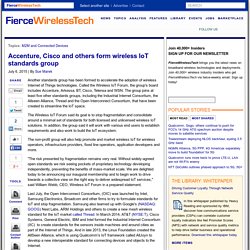 Called the Wireless IoT Forum, the group's board includes Accenture, Arkessa, BT, Cisco, Telensa and WSN. The group joins at least five other standards groups, including the Industrial Internet Consortium, the Allseen Alliance, Thread and the Open Interconnect Consortium, that have been created to streamline the IoT space. The Wireless IoT Forum said its goal is to stop fragmentation and consolidate around a minimal set of standards for both licensed and unlicensed wireless IoT solutions. In addition, the group said it will work with various end users to establish requirements and also work to build the IoT ecosystem. The non-profit group will also help promote and market wireless IoT for wireless operators, infrastructure providers, fixed line operators, application developers and more.

Www.theborneopost. Owns20150705001b. Venturebeat. If you’re not reaching, engaging, and monetizing customers on mobile, you’re likely losing them to someone else. Register now for the 8th annual MobileBeat, July 13-14, where the best and brightest will be exploring the latest strategies and tactics in the mobile space. Who Will Govern The Internet In The Year 2030? B-Free wheelchair claws its way up and down stairs. We've seen various stair-climbing wheelchairs over the years, including the iBot, the Chiba and, most recently, the Scalevo. All those designs kept the "wheel" in the chair, but a new design from Hong Kong relies on a set of robotic "pedrails" that look almost like skinny tank tracks. These articulated pedrails allow the electric B-Free Chair to grip the staircase firmly as it navigates up or down.

Www.telecompaper. Casio Computer is looking to enter the smartwatch market next year, saying it will produce a watch that is smart, rather than a smart device that is also a watch, the Wall Street Journal reported. The company is aiming to achieve JPY 10 billion in smartwatch sales as soon as possible, and thne expand the business from there. In the past, Casio developed watches with schedule managers, heart rate monitors and communication functions. “At times we just showed off with quirky features and then pulled those products when they didn’t sell well,” new CEO Kazuhiro Kashio said earlier.

It’s a piece you’ve got to get right. There are many different transport protocols to choose from, from HTTP, to MQTT, to any number of proprietary protocols. So how do you decide which one is best for your product or system? Chris Urmson: How a driverless car sees the road. These 4 Things Will Change Your Outlook On The Internet Of Things. Only half of enterprise developers are ready for the Internet of Things, survey finds. The emerging Internet of Things (IoT) is demanding new initiatives toward enterprise architecture, data services and integration.

That's the conclusion of a new survey of 675 application developers, which finds broad support for IoT initiatives, but a lot of work ahead. The study, conducted by Harbor Research and underwritten by Progress, finds that at least 45 percent of developers are working on IoT initiatives, and 75 percent feel IoT is going to deliver positive results.

At this point, only 50 percent of developers say they have the skills, resources and technological tools to deliver on IoT expectations, the survey finds. That's because there are many new moving parts that will need to be added to already complex IT infrastructures.In fact, nearly a third (30%) "experience data overload and feel overwhelmed trying to manage it all when managing data sets for contextualized IoT apps, such as location-based apps," the report finds. Www.thestar.com. Www.itpro.co. Internet of Things (IoT) companies risk undermining the security of their own sector in the race to deploy new solutions, it has been claimed. Speaking at a panel discussion hosted by Rackspace, Yodit Stanton, CEO and founder of OpenSensors.io, said that compared to standard devices that transmit and receive data, building security into IoT devices is "different, but not hard".