U.N. says some of its peacekeepers were paying 13-year-olds for sex. NAIROBI — The United Nations has been grappling with so many sexual abuse allegations involving its peacekeepers that Secretary General Ban Ki-moon recently called them “a cancer in our system.” 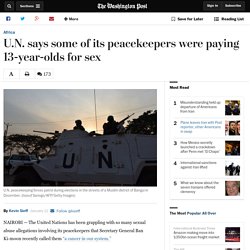 Now, officials have learned about what appears to be a fresh scandal. Investigators discovered this month that at least four U.N. peacekeepers in the Central African Republic allegedly paid girls as little as 50 cents in exchange for sex. The case is the latest to plague the U.N. mission in the Central African Republic, whose employees have been accused of 22 other incidents of alleged sexual abuse or sexual exploitation in the past 14 months.

British link to 'snuff' videos. Britain is a key link in the biggest ever international investigation into the production and supply of paedophile 'snuff' movies - in which children are murdered on film - an Observer investigation can reveal. 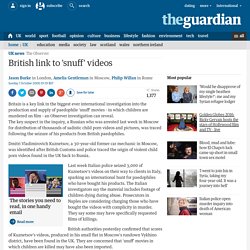 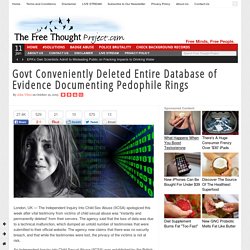 The agency said that the loss of data was due to a technical malfunction, which dumped an untold number of testimonies that were submitted to their official website. The agency now claims that there was no security breach, and that while the testimonies were lost, the privacy of the victims is not at risk. An Independent Inquiry into Child Sexual Abuse (IICSA) was established by the British Home Secretary, Theresa May, on 7 July 2014. David Icke: Royal Political Paedophilia. Johnny Rotten Was Banned From BBC In 1978 For Telling The Truth About Jimmy S... Although the mainstream media didn’t recognize the crimes committed by Jimmy Savile until after his death, there were many instances throughout his career where he was accused or implicated in child abuse cases. 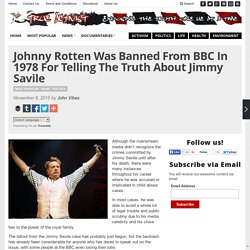 Anonymous #OpDeathEaters Pedo Politicians - Do You Know The Scale Of It 2015. Why the UK is No Longer Shocked at Establishment Sex Abuse Cover Ups. Michaela Whitton June 28, 2015. 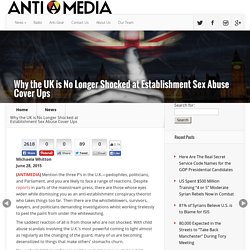 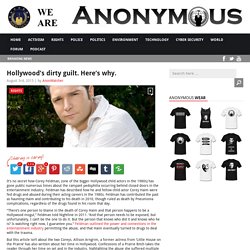 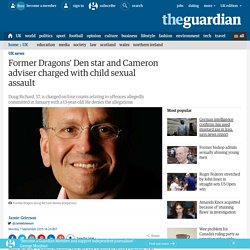 Richard, 57, who founded School for Startups, a company that provides training for budding entrepreneurs, was one of the original “dragons” in the popular BBC show, appearing in the first two series alongside Peter Jones and Duncan Bannatyne. His advisory work for the Conservative party started in 2008 when Cameron, then leader of the opposition, asked him to compile policy guidelines on support for small businesses. He published a government-requested review of the apprenticeship system in 2012. A Nepali Woman And Her 44-Year-Old Mother Kept As Sex Slaves Rescued From Sau... An Indian woman, left, one among the protestors demonstrating outside the office of Uttar Pradesh state chief minister Akhilesh Yadav, demanding that he crack down on an increasing number of rape and other attacks on women and girls, scuffles with police in Lucknow, India, Monday, June 2, 2014. 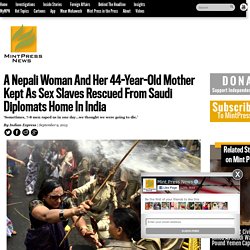 Police used water cannons to disperse hundreds of women who were protesting Monday against a rise in violence against women in the northern Indian state. Anonymous Explains #OPDeathEater With Examples of Pedophilia Among UK Politic... September 17th, 2015 | by CoNN Anonymous This video by a member of Anonymous is self-explanatory: it begins by naming the MPs who voted against protecting the witnesses to the alleged pedophilia going on in the UK, and then speaks a message that we should heed. 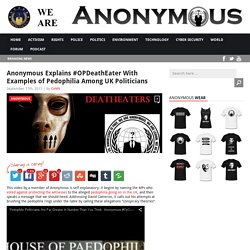 Addressing David Cameron, it calls out his attempts at brushing the pedophile rings under the table by calling these allegations “conspiracy theories”. Anonymous will not stand by and allow such abuses to continue unchecked. Using information that is widely available on news reports, as well as a report which had been apparently collated from this blog, retrieved by FOIA requests apparently made by this individual. US Billionaire Gets Four Months In Prison After Confessing To Sexually Assaul... World A wealthy man from the US State of Wisconsin, Samuel Curtis Johnson has been sentenced to four months in prison after he confessed to repeatedly sexually assaulting his teenage stepdaughter. 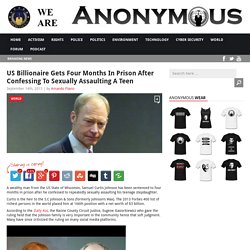 Curtis is the heir to the S.C Johnson & Sons (formerly Johnson’s Wax). The 2013 Forbes 400 list of richest persons in the world placed him at 166th position with a net worth of $3 billion. According to the Daily Kos, the Racine County Circuit Justice, Eugene Gasiorkiewicz who gave the ruling held that the Johnson family is very important in the community hence that soft judgment. Many have since criticized the ruling on many social media platforms. The 59-year-old billionaire is said to have pleaded mere guilty to misdemeanor charges of fourth-degree sexual assault and disorderly conduct instead of felony sexual assault on a minor child. Former bishop admits sexually abusing young men. A former Church of England bishop has admitted sexually abusing 18 young men decades after his victims first complained.

Peter Ball, the former bishop of Lewes and Gloucester, pleaded guilty on Tuesday morning to two counts of indecent assault relating to two young men and one charge of misconduct in public office, which relates to the sexual abuse of 16 young men over a period of 15 years from 1977-1992. Ball, 83, has connections to Prince Charles, whom he has described in the past as “a loyal friend”. On Tuesday, the Crown Prosecution Service allowed two charges of indecently assaulting two boys in their early teens to lie on file. The deal, hammered out in secret with CPS lawyers, means Ball will not face trial on perhaps the most serious alleged offences, which involved boys aged 13 and 15. Alan Dershowitz sued by lawyers of alleged teen 'sex slave' Andrew Innerarity/REUTERS Attorney and law professor Alan Dershowitz has filed a claim in Miami court denying involvement with Jeffrey Epstein’s ‘sex slave’ Virginia Roberts. Legal eagle Alan Dershowitz is not taking the accusation that he bedded a teenage sex slave lying down.

LAWSUIT AGAINST BILL CLINTON! More pedo stuff- ... Victims are starting to SP... London Police keep secret rape dungeon. (Before It's News) The Lambeth Police Station ‘Sex Chamber’ The Mirror have reported on the cover-up of an investigation of a paedophile ring in Lambeth council children’s homes. It’s suspected that the reason for the cover-up was the involvement of politicians, including at least one MP. Read More There’s another reason why Scotland Yard were so keen to close the investigation down. In November 1997 the South London Press ran a story about a ‘sex chamber’ hidden in the basement of Lambeth Police Station with bedding, a red light, and a manacle.