History of Tunday Kebabs: How a One-Armed Chef Gave India One of its Most Loved Kebabs. Lucknow, the city of Nawabs, has caught the fancy of many poets, songwriters and connoisseurs of history. 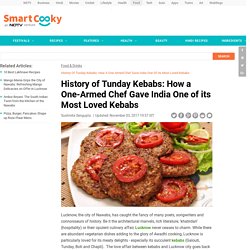 Be it the architectural marvels, rich literature, 'khatirdari' (hospitality) or their opulent culinary affair, Lucknow never ceases to charm. While there are abundant vegetarian dishes adding to the glory of Awadhi cooking, Lucknow is particularly loved for its meaty delights - especially its succulent kebabs (Galouti, Tunday, Boti and Chapli). The love affair between kebabs and Lucknow city goes back centuries in time. Historians believe that minced meat wonders were relished as a staple breakfast in 14th century Awadh. The Mystery of the Do Pyaaza Dishes. Highlights Do pyaaza means two onions and hence two onions are used in the recipeThe most volatile aromats are added at the end of the recipeA tempering of garlic at the end almost always kills every other flavour One of the most common dishes from the subcontinent, the Do Pyaaza is remarkably difficult to dig into. 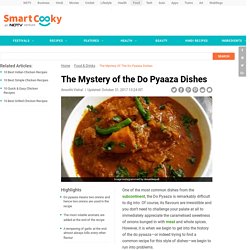 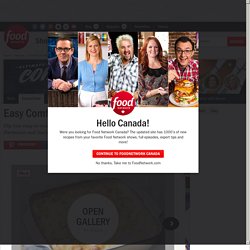 Get the Recipe: Cheese-Stuffed Baked Potatoes Get the Recipe: Buffalo Cauliflower Baked Mac and Cheese Ina's juicy skillet-roasted chicken tastes even better thanks to the rich and earthy pan juices, a byproduct of dry white wine, onions, garlic, lemons and herbs that penetrate the chicken as it cooks. Mixed Sprouts Corn Chaat Recipe by Huda Shaikh. Index. Melinda Joe, W. 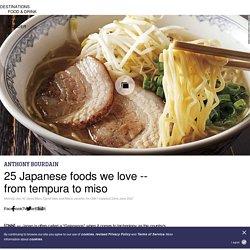 David Marx, Darryl Wee and Misha Janette, for CNN • Updated 22nd June 2017 (CNN) — Japan is often called a "Galapagos" when it comes to technology, as the country's cultural isolation tends to produce innovations found nowhere else in the world. The same can be said about its food. Japan is a culinary wonderland thanks to its unique heritage, a national obsession with cuisine and an almost religious embrace of freshness and perfect production.

Celebrity Mom Cocktails. 17 Facts You Didn't Know About the Kentucky Derby. Must Try Crazy Ice Cream Flavors. 10 Awesome Ideas to Host the Best Summer BBQ Ever. Index. (CNN) — Sidewalk vendors, push carts, holes in a wall -- even in cities with rich reputations for fine dining, some of the best meals are on the streets. 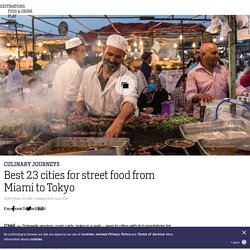 It’s one of the most popular subjects on social media. 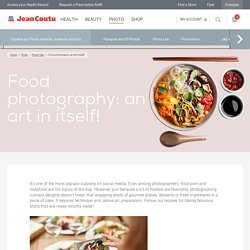 Even among photographers, food porn and instafood are the topics of the day. However, just because a lot of foodies are feverishly photographing culinary delights doesn’t mean that snapping shots of gourmet dishes, desserts or fresh ingredients is a piece of cake. It requires technique and, above all, preparation. Follow our recipes for taking fabulous shots that will make mouths water! Getting ready. — Plaid Pony Productions. If you told me 10 years ago that my future self would own a Food Photography Production Studio, I would have reminded you that the only camera I own is on my phone, and that I live on Dunkin Donuts breakfast sandwiches & Triscuit nachos and have zero interest in who takes the photos that make me salivate at the thought of them. 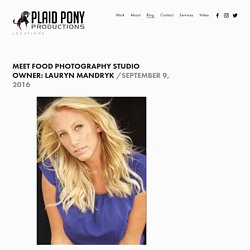 But here I am! I entered the industry as a rep for stylists and hair & makeup artists; a role I didn’t know existed until I interviewed for it. Here, I met my mentor & learned the many pieces of the photoshoot puzzle & how to wrangle them into one big pretty picture. Later, I wrote & produced fashion shoots for local magazines, ultimately finagling my way onto the masthead as Fashion & Beauty Editor. Huxtaburger. Simple Food, Easy Recipes. 15 Food Instagram Accounts You Need to Follow Immediately. Advertisement - Continue Reading Below Admit it: You are 100 percent guilty of Instagramming a picture of your Sunday brunch. 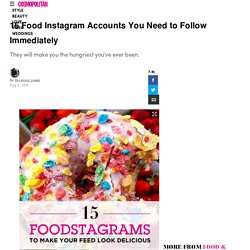 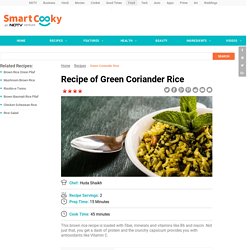