Networked revolution. There is a strong tendency, almost a rule, that anarchist groups tend to fall apart once they have more than 20-30 members in any city or 50 to 60 overall. 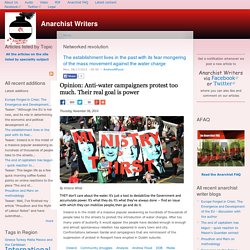 Or at the very least an organisation that once felt like it worked very well becomes one that feels sluggish and starts requiring too much effort to achieve limited results in the longer term. A.2 What does anarchism stand for? Printer-friendly version These words by Percy Bysshe Shelley gives an idea of what anarchism stands for in practice and what ideals drive it: The man Of virtuous soul commands not, nor obeys: Power, like a desolating pestilence, Pollutes whate'er it touches, and obedience, Bane of all genius, virtue, freedom, truth, Makes slaves of men, and, of the human frame, A mechanised automaton. 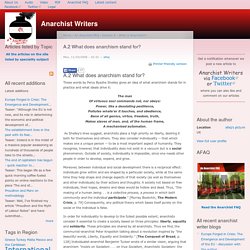 As Shelley's lines suggest, anarchists place a high priority on liberty, desiring it both for themselves and others. They also consider individuality -- that which makes one a unique person -- to be a most important aspect of humanity. They recognise, however, that individuality does not exist in a vacuum but is a social phenomenon.

In order for individuality to develop to the fullest possible extent, anarchists consider it essential to create a society based on three principles: liberty, equality and solidarity.

Tactics. Understand the Israeli - Palestinian Apartheid In 11 Images » ThrivalRoom. Check out A South African’s Opinion of Comparing Israel to the South African Apartheid All the graphics are from the site Visualizing Palestine, a site dedicated to creating informative and impactful graphics about the occupied region. 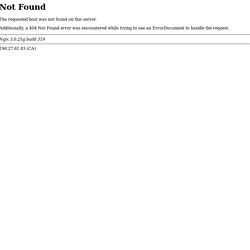 Protect Your Gear from Thieves with the Pacsafe Z28 Urban Security Backpack. In today’s connected and technology-driven world, it’s hard to go anywhere without the need to take along some pretty expensive tech gadgets. 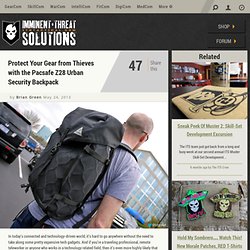 And if you’re a traveling professional, remote teleworker or anyone who works in a technology related field, then it’s even more highly likely that you have some form of laptop or tablet device with you – possibly both. Unfortunately, with so many portable electronic devices being carried around these days, device and data theft crimes have skyrocketed. Though most corporations provide their employees with safety guidelines on how to best protect their technology assets and intellectual property when traveling, opportunistic device theft is still a major problem. Smarter Travel Gear Pacsafe has a comprehensive line-up of anti-theft products ranging from RFID blocking wallets to roll along luggage, and everything in between. The Pacsafe Z28 urban security backpack is one of the largest mobile security backpacks available on the market.

Review: The Failure of Nonviolence: from the Arab Spring to Occupy. By Peter Gelderloos, Left Bank Books, Seattle 2013 Protesters in Barcelona learn that pacifism is not a very practical way to resist. 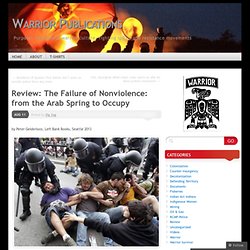 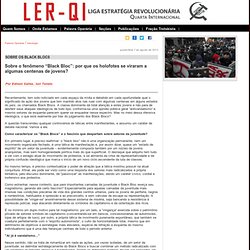 Direct action « The 2012 Quebec student strike. At this point, it’s important to clarify the concept of direct action in the context of the strike. 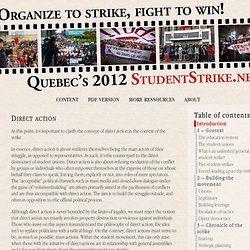 In essence, direct action is about students themselves being the main actors of their struggle, as opposed to representatives. As such, it’s the counterpart to the direct democracy of student unions. Direct action is also about refusing mediation of the conflict by groups or individuals who often empower themselves at the expense of those on whose behalf they claim to speak, forcing them, explicitly or not, into roles of mere spectators. The “acceptable” political channels such as mass media and closed-door dialogue under the guise of “solution-building” are always primarily aimed at the pacification of conflicts and are thus incompatible with direct action. The aim is to build the struggle outside, and often in opposition to, the official political process.