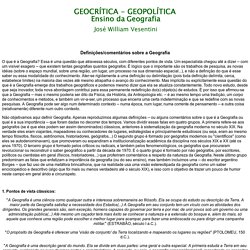 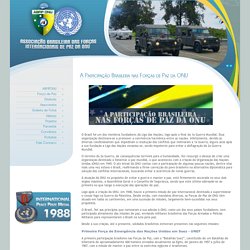 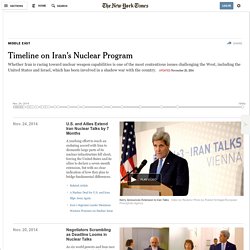 Under the agreement, the United States agrees to provide a nuclear research reactor in Tehran and power plants. Iran Signs Nuclear Non-Proliferation Treaty With the American-provided research reactor running, starting in 1967, Iran becomes one of 51 nations to sign the Nuclear Non-Proliferation Treaty, agreeing to never become a nuclear-weapon state. Creation of Atomic Energy Body The shah creates the Atomic Energy Organization of Iran, which conducts training for its personnel and nuclear deals with countries including the United States, France, West Germany, Namibia and South Africa.

By training engineers in Iran and abroad, the country gains a solid understanding of nuclear technologies and capabilities. Shah Flees Nuclear Program Restarts Help From Pakistani Scientist Discovery of Secret Plants. Timeline of Nuclear Diplomacy With Iran. Press Contact: Kelsey Davenport, Director for Nonproliferation Policy, (202) 463-8270 x102 December 2014 Iran has been engaged in efforts to acquire the capability to build nuclear weapons for more than two decades. 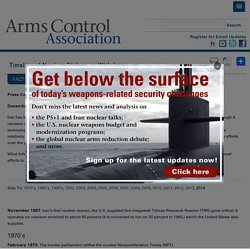 Although it remains uncertain whether Tehran will make the final decision to build nuclear weapons, it has developed a range of technologies, including uranium enrichment, warhead design, and delivery systems, that would give it this option in a relatively short time frame. Tehran maintains that its nuclear activities are entirely peaceful. Various states have made efforts over the years to negotiate a settlement with Iran that limits its nuclear program. What follows is a chronological recount of the most significant developments in Iran’s nuclear program and international efforts to negotiate a settlement to address this controversial issue. How the Israel-Palestine Peace Deal Died. At around noon on March 20 last year, Air Force One landed at Tel Aviv’s Ben Gurion Airport for Barack Obama’s first presidential visit to Israel. 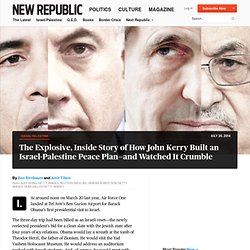 The three-day trip had been billed as an Israeli reset—the newly reelected president’s bid for a clean slate with the Jewish state after four years of icy relations. Obama would lay a wreath at the tomb of Theodor Herzl, the father of Zionism. He would visit the Yad Vashem Holocaust Museum. He would address an auditorium packed with Israeli students. And, of course, he would meet with Israeli Prime Minister Benjamin Netanyahu. Before heading to Netanyahu’s office, however, the presidential motorcade took Obama to see his favorite Israeli: the country’s dovish 89-year-old president, Shimon Peres.

“I want to focus on the peace process,” Obama told Peres as they sat down. Both presidents were firm believers in the two-state solution. Fortunately for Obama, “going for it” would require little time and political capital. Abbas was more cynical. Grupo de Economia da Energia do Instituto de Economia da UFRJ. Bandeirantes e pioneiros : paralelo entre duas culturas : Moog, Clodomir Vianna, 1906- Refugiados — Ministério da Justiça. Strengthening the UN. The world is changing, and with it the demands on the United Nations. 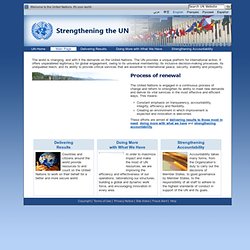 The UN provides a unique platform for international action. It offers unparalleled legitimacy for global engagement, owing to its universal membership; its inclusive decision-making processes; its unequalled reach; and its ability to provide critical services that are essential to international peace, security, stability and prosperity. The United Nations is engaged in a continuous process of change and reform to strengthen its ability to meet new demands and deliver its vital services in the most effective and efficient ways. This means: Constant emphasis on transparency, accountability, integrity, efficiency and flexibility. These efforts are aimed at delivering results to those most in need, doing more with what we have and strengthening accountability. Delivering Results Doing More with What We Have. UN Documents on Security Council Reform. UN Documents Small Five Tabled Resolution on Security Council Working Methods (April 2011) The Small Five (S5) introduced a new resolution aimed at reforming Security Council working methods. 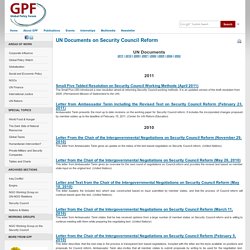