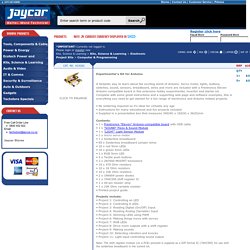 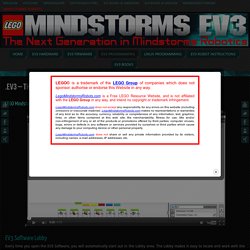 The Lobby makes it easy to locate and work with the software and gives you access to everything you need. EducationDownloads. 2000045 LME EV3 Software Single Li.. 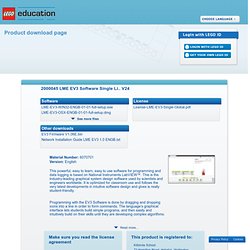 V24 Material Number: 6070701 Version: English This powerful, easy to learn, easy to use software for programming and data logging is based on National Instruments LabVIEW™. This is the industry-leading graphical system design software used by scientists and engineers worldwide. Programming with the EV3 Software is done by dragging and dropping icons into a line in order to form commands. The software’s data logging feature is a powerful science tool for carrying out experiments. The in-built content editor enables teachers to customize the curriculum and create their own lessons. The software comes with the robot educator learning tool that summarizes what the LEGO® MINDSTORMS® Education software is about.

Sphero nz. Peak performance. Design and develop a car that is capable of traveling across flat surfaces quickly, but can also negotiate a steep ramp. 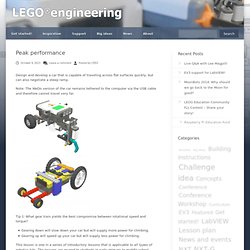 Note: The WeDo version of the car remains tethered to the computer via the USB cable and therefore cannot travel very far. Tip 1: What gear train yields the best compromise between rotational speed and torque? Gearing down will slow down your car but will supply more power for climbing.Gearing up will speed up your car but will supply less power for climbing. This lesson is one in a series of introductory lessons that is applicable to all types of robotics kits. The lessons are geared to students in early primary to middle school (depending on the lesson).

Related posts. Damien Kee - Home - First Look at the new EV3 software. After being able to see the EV3 hardware for the last few months, it's really exciting to be able to now show off the new software. 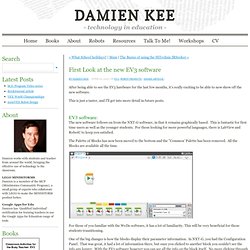 This is just a taster, and I'll get into more detail in future posts. EV3 software: The new software follows on from the NXT-G software, in that it remains graphically based. This is fantastic for first time users as well as the younger students. Programming resources for kids 101. What do you do when your 8 and 5 year olds want to build Web sites and you have little knowledge to impart beyond some basic HTML? 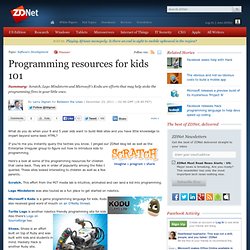 If you're me you instantly query the techies you know. I pinged our ZDNet blog list as w ell as the Enterprise Irregular group to figure out how to introduce kids to programming. Here's a look at some of the programming resources for children that came back. They are in order of popularity among the folks I queried. Simple Machines Video , Project for Kids-makemegenius.com series of Education Videos. 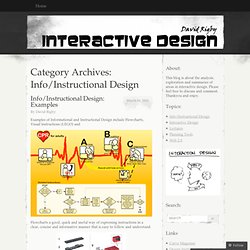 Why Nikola Tesla was the greatest geek who ever lived. Additional notes from the author: If you want to learn more about Tesla, I highly recommend reading Tesla: Man Out of Time Also, this Badass of the week by Ben Thompson is what originally inspired me to write a comic about Tesla.

Ben's also got a book out which is packed full of awesome. There's an old movie from the 80s on Netflix Instant Queue right now about Tesla: The Secret of Nikola Tesla. It's corny and full of bad acting, but it paints a fairly accurate depiction of his life. The drunk history of Tesla is quite awesome, too. Breaking News English ESL Lesson Plan on Robots. Wednesday December 8, 2004 Intermediate + The expression to ‘get one’s thinking cap on’ has just taken on a new and quite literal meaning. 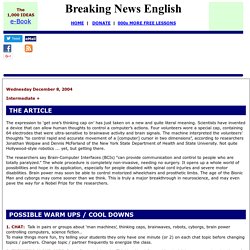 Make Your Own Robot! 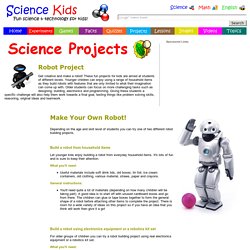 Depending on the age and skill level of students you can try one of two different robot building projects. Build a robot from household items Let younger kids enjoy building a robot from everyday household items. It's lots of fun and is sure to keep their attention. What you'll need: Useful materials include soft drink lids, old boxes, tin foil, ice cream containers, old clothing, various material, straws, paper and crayons. General instructions: How to Build a Robot Tutorial - Society of Robots.