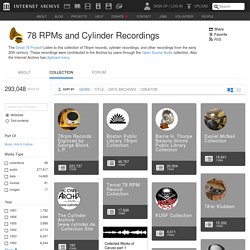 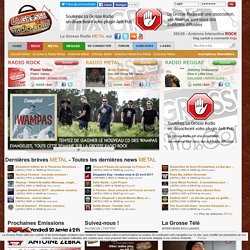 ROCKABILLY ~ Radio Vintage - Rock 'n' Roll. Rockabilly is one of the earliest styles of rock and roll music, dating to the early 1950s. 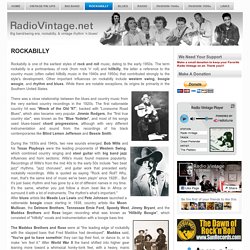 The term rockabilly is a portmanteau of rock (from rock 'n' roll) and hillbilly, the latter a reference to the country music (often called hillbilly music in the 1940s and 1950s) that contributed strongly to the style's development. Other important influences on rockabilly include western swing, boogie woogie, and rhythm and blues. While there are notable exceptions, its origins lie primarily in the Southern United States. There was a close relationship between the blues and country music from the very earliest country recordings in the 1920s. The first nationwide country hit was "Wreck of the Old '97", backed with "Lonesome Road Blues", which also became very popular. During the 1930s and 1940s, two new sounds emerged. The Maddox Brothers and Rose were at "the leading edge of rockabilly with the slapped bass that Fred Maddox had developed". Back To The 90s. 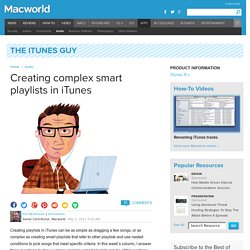 In this week’s column, I answer three questions to show just how complex smart playlists can be. While perhaps not the same as the smart playlists you want to make, they are good examples of the complexity that is available with smart playlists in iTunes. Q: I have a collection of jazz music that is bigger than a single 160GB iPod classic can hold. In total, I have over 6800 albums on four iPods, so I will soon face this problem for other genres too.

How can I easily set up two 160GB iPods to hold only jazz music, such as having artists with names from A to L on one and M to Z on another? Synth - Listen to Free Radio Stations - AccuRadio. Chronicles Of The Wasteland / Turbo Kid Original Motion Picture Soundtrack. Eirik Suhrke. Welcome - Nectarine Demoscene Radio. Nectarine Demoscene Radio. Your Furry Friend's Noise, Online & Free. ♥ Not for nothing, the generator is pretty relaxing. 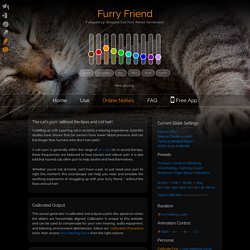 I started using the website for ambient sound to keep me from getting stressed at work. Also, what's cool is when you shift the different controls, the purr begins to sound almost alien. ♥ Combining Furry Friend with Fire Noise makes it sound like I'm sitting by a fireplace with a content kitty nearby and it's amazing. Add in an open window with ambient summer noises and it sounds like we're chilling by a fire pit. WhiteVinyl. Heart Beat Circuit. World 1-2: The Complete Collection. "World 1-2: The Complete Collection" contains two albums: "World 1-2" and "World 1-2: Encore". 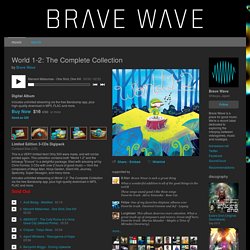