The Real Reason You Can't Get a Cab in the Rain. The classic 1997 behavioral economics paper, Labor Supply of New York City Cabdrivers: One Day at a Time, had a simple explanation for why finding a cab is hard when it rains in New York. 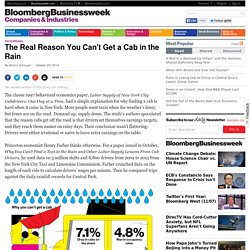 More people want taxis when the weather’s lousy, but fewer are on the road. Demand up, supply down. The study’s authors speculated that the reason cabs get off the road is that drivers set themselves earnings targets, and they reach them sooner on rainy days. Their conclusion wasn’t flattering: Drivers were either irrational or naive to leave extra earnings on the table. Princeton economist Henry Farber thinks otherwise. Farber says demand for cabs does increase in the rain: Occupancy rates are about 4.8 percent higher, he estimates. The Perfect Life for International People? What Surveys Reveal about Life Abroad. Wish you were here? 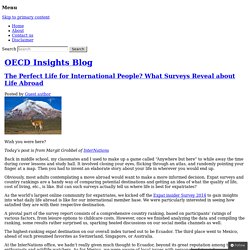 Want to improve your problem-solving skills? Try metacognition. Today’s post is by Anne-Lise Prigent the editor in charge of education publications at OECD Publishing French poet Paul Valéry once expressed his love for mathematics: “I worship this most beautiful subject of all and I don’t care that my love remains unrequited.” 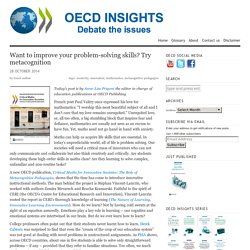 Unrequited love, or, all too often, a big stumbling block that inspires fear and defiance, mathematics are usually not seen as an excuse to have fun. Yet, maths need not go hand in hand with anxiety. Maths can help us acquire life skills that are essential. In today’s unpredictable world, all of life is problem solving. Atlas of Urban Expansion: 30 Cities in Historical Perspective, 1800-2000. A global sample of 30 cities, 27 of which are in the global sample of 120 cities, was created to explore long-term urban expansion and long-term changes in urban population density from 1800 until the end of the twentieth century. 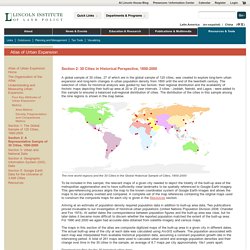 The selection of cities for historical analysis was guided by two factors: their regional distribution and the availability of historic maps depicting their built-up area at 20 or 25 year intervals. 3 cities - Jeddah, Nairobi, and Lagos - were added to this sample to ensured a balanced sub-regional distribution of cities. The distribution of the cities in this sample among the nine regions is shown in the map below. The nine world regions and the 30 Cities in the Global Historical Sample of Cities, 1800-2000. Take Back Your Mornings (Infographic) The first thing successful leaders do each morning. University of Exeter/flickrSay "Good morning" with a smile. 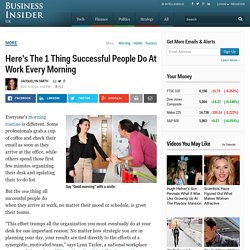 Everyone's morning routine is different. Some professionals grab a cup of coffee and check their email as soon as they arrive at the office, while others spend those first few minutes organizing their desk and updating their to-do list. What successful leaders do before leaving work. When will China overtake the US? TOKYO – The World Bank recently announced that China’s economy will surpass that of the United States this year, measured according to purchasing power parity (PPP). 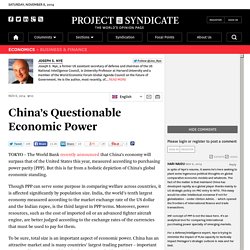 But this is far from a holistic depiction of China’s global economic standing. Though PPP can serve some purpose in comparing welfare across countries, it is affected significantly by population size. India, the world’s tenth largest economy measured according to the market exchange rate of the US dollar and the Indian rupee, is the third largest in PPP terms.

Moreover, power resources, such as the cost of imported oil or an advanced fighter aircraft engine, are better judged according to the exchange rates of the currencies that must be used to pay for them. To be sure, total size is an important aspect of economic power. New ways of looking at cities. Cheshire and Uberti There is order and beauty in the chaos of your commute In 2013, Londoners took 2.4 billion bus journeys. 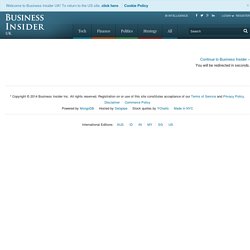 They were prescribed 116 million items by doctors, and found themselves joined by more than 1,750,000 American tourists. Why good leaders schedule downtime. 5 Powerful Ways to Boost Your Confidence. Does regret lead to bad investment decisions? The leading normative theory in economics – expected utility theory – postulates that individuals should evaluate the options they face based only on these choices’ qualities. 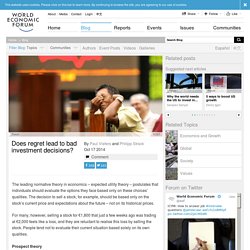 The decision to sell a stock, for example, should be based only on the stock’s current price and expectations about the future – not on its historical prices. A new way to predict traffic flows. A reliable way of predicting the flow of traffic could be a great convenience for commuters, as well as a significant energy-saver. 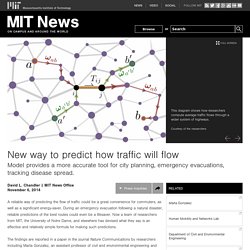 During an emergency evacuation following a natural disaster, reliable predictions of the best routes could even be a lifesaver. Now a team of researchers from MIT, the University of Notre Dame, and elsewhere has devised what they say is an effective and relatively simple formula for making such predictions. The findings are reported in a paper in the journal Nature Communications by researchers including Marta Gonzalez, an assistant professor of civil and environmental engineering and engineering systems at MIT and lead author Zoltan Toroczkai and Yihui Ren at Notre Dame. The authors, all physicists by training, have been applying their knowledge of the computational modeling of complex systems to human-scale systems, such as traffic flows or the spread of disease.