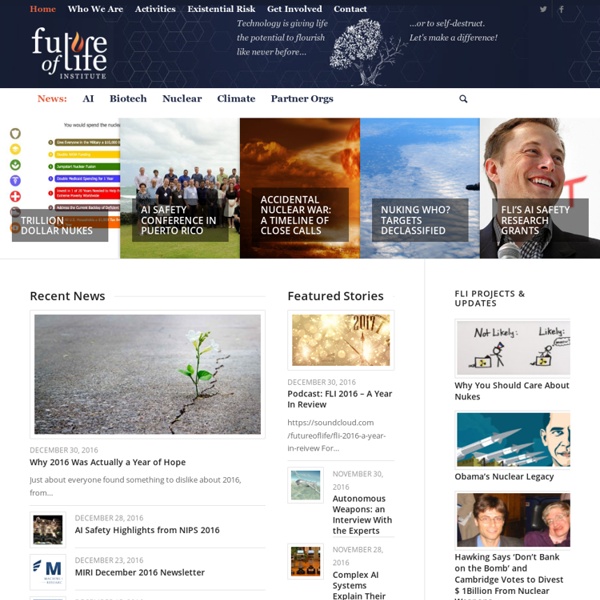 Tesla Gigafactory Tesla’s mission is to accelerate the world’s transition to sustainable transportation. To achieve that goal, we must produce electric vehicles in sufficient volume to force change in the automobile industry. With a planned production rate of 500,000 cars per year in the latter half of this decade, Tesla alone will require today’s entire worldwide production of lithium ion batteries. The Tesla Gigafactory was born of necessity and will supply enough batteries to support our projected vehicle demand. Tesla broke ground on the Gigafactory in June 2014 outside Sparks, Nevada, and we expect to begin cell production in 2017. In cooperation with Panasonic and other strategic partners, the Gigafactory will produce batteries for significantly less cost using economies of scale, innovative manufacturing, reduction of waste, and the simple optimization of locating most manufacturing process under one roof.

NSA Spying Wins Another Rubber Stamp February 27, 2015 A federal court has again renewed an order allowing the National Security Agency to continue its bulk collection of Americans' phone records, a decision that comes more than a year after President Obama pledged to end the controversial program. The Foreign Intelligence Surveillance Court approved this week a government request to keep the NSA's mass surveillance of U.S. phone metadata operating until June 1, coinciding with when the legal authority for the program is set to expire in Congress. The extension is the fifth of its kind since Obama said he would effectively end the Snowden-exposed program as it currently exists during a major policy speech in January 2014. Obama and senior administration officials have repeatedly insisted that they will not act alone to end the program without Congress. More than a year's worth of efforts to reform the NSA stalled last year, as the Senate came two votes short of advancing the USA Freedom Act in November.

Elon Musk South African-born American entrepreneur Elon Reeve Musk FRS (; born June 28, 1971) is a business magnate, industrial designer, engineer, and philanthropist.[6] He is the founder, CEO, CTO and chief designer of SpaceX; early investor,[b] CEO and product architect of Tesla, Inc.; founder of The Boring Company; co-founder of Neuralink; and co-founder and initial co-chairman of OpenAI. He was elected a Fellow of the Royal Society (FRS) in 2018.[9][10] In 2018, he was ranked 25th on the Forbes list of The World's Most Powerful People,[11] and was ranked joint-first on the Forbes list of the Most Innovative Leaders of 2019.[12] As of September 2, 2020, his net worth was estimated by Forbes to be US$93.3 billion,[13][14] making him the 5th richest person in the world. He is also the longest tenured CEO of any automotive manufacturer globally. Musk was born to a Canadian mother and South African father and raised in Pretoria, South Africa. Early life and family Education Business career Zip2 SpaceX

How to Set up an Urban Permaculture Garden The Permaculture Neighbourhood Centre in California feeds the community whilst teaching people how to turn urban lots into edible oases. The garden is just 1/3 of an acre and is filled with edibles and plants beneficial to wildlife. It has been consciously designed to address issues of food security, environmental degradation, water scarcity and more! Erik Ohlsen explains how through a wide range of permaculture techniques, they have created an abundant and educational garden. Erik's main focus is how benefical the set up of their rainwater harvesting system has been. The garden also works heavily on stacking functions - the fence prevents children from getting on to the road, whilst food can also be grown up it. To fill the space with as many edibles as possible, fences and structures are built from living trees. This is a garden packed with permaculture and food but also education. For more information about the centre visit Further resources

Elon Musk - Engineer, Inventor, Explorer South African entrepreneur Elon Musk is known for founding Tesla Motors and SpaceX, which launched a landmark commercial spacecraft in 2012. Synopsis Born in South Africa in 1971, Elon Musk became a multimillionaire in his late 20s when he sold his start-up company, Zip2, to a division of Compaq Computers. He achieved more success by founding X.com in 1999, SpaceX in 2002 and Tesla Motors in 2003. Musk made headlines in May 2012 when SpaceX launched a rocket that would send the first commercial vehicle to the International Space Station. Early Life Born and raised in South Africa, Elon Musk purchased his first computer at age 10. After leaving Penn, Elon Musk headed to Stanford University in California to pursue a Ph.D in energy physics. An online city guide, Zip2 was soon providing content for the new Web sites of both the New York Times and the Chicago Tribune, and in 1999, a division of Compaq Computer Corporation bought Zip2 for $307 million in cash and $34 million in stock options.

Why Tesla's battery for your home should terrify utilities Earlier this week, during a disappointing Tesla earnings call, Elon Musk mentioned in passing that he’d be producing a stationary battery for powering the home in the next few months. It sounded like a throwaway side project from someone who’s never seen a side project he doesn’t like. But it’s a very smart move, and one that’s more central to Musk’s ambitions than it might seem. To understand why, it helps to look not at Tesla, but at SolarCity, a company chaired by Musk and run by his cousin Lyndon Rive. When you have a lot of solar, you need a lot of batteries Fueled by financing systems like SolarCity’s, government subsidies, and a rapid drop in the price of photovoltaics, solar has been growing fast. That’s part of the reason that California, with one of the most aggressive renewable energy mandates in the country, recently declared the most aggressive energy storage mandate as well, with a goal of 1.3 gigawatts of storage by 2020. Forecast storage market from GTM Research.

Richard Branson Sir Richard Charles Nicholas Branson (born 18 July 1950) is an English businessman and investor. He is best known as the founder of Virgin Group, which comprises more than 400 companies.[4] At the age of sixteen his first business venture was a magazine called Student.[5] In 1970, he set up a mail-order record business. According to the Forbes 2014 list of billionaires, Branson is the seventh richest citizen of the United Kingdom, with an estimated net worth of US$4.9 billion.[2] Early life[edit] Branson's parents were supportive of his endeavors from an early age.[11] Career[edit] Record business[edit] Branson started his record business from a church where he ran The Student magazine. Branson eventually started a record shop in Oxford Street in London. In 1992, to keep his airline company afloat, Branson sold the Virgin label to EMI for £500 million.[19] Branson said that he wept when the sale was completed because the record business had been the very start of the Virgin empire. Tax[edit]

What’s the Real Cause of Heart Attacks? By Thomas S. Cowan, MD In a previous article in this journal ("What Causes Heart Attacks," Fall 2007), I presented the case that the spectrum of heart disease, which includes angina, unstable angina, and myocardial infarction (heart attack), is better understood from the perspective of events happening in the myocardium (heart) as opposed to events happening in the coronary arteries (the arteries that supply the heart).As we all know, the conventional view holds that the central event of heart disease occurs in the arteries, with the buildup of blockage called plaque.In this follow-up article I will go into more detail about the conventional theory and why it is largely misleading; then I will describe the precise and well documented events that do lead to MIs (myocardial infarctions or heart attacks). Rebuttal of Conventional Theory Meet the Unstable Plaque The Etiology of Myocardial Ischemia Heart Rate Variability How Heart Attacks Occur Nourishing the Parasympathetic Nervous System Dr.