Racism in the United States: By the Numbers 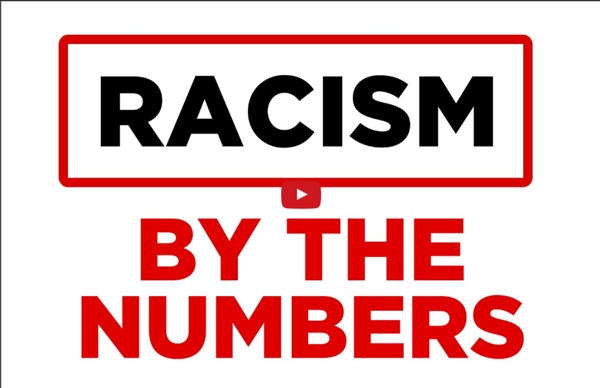 What are Mandatory Minimums? Mandatory minimum sentencing laws require binding prison terms of a particular length for people convicted of certain federal and state crimes. These inflexible, “one-size-fits-all” sentencing laws may seem like a quick-fix solution for crime, but they undermine justice by preventing judges from fitting the punishment to the individual and the circumstances of their offenses. Mandatory sentencing laws cause federal and state prison populations to soar, leading to overcrowding, exorbitant costs to taxpayers, and diversion of funds from law enforcement. Most mandatory minimum sentences apply to drug offenses, but Congress has enacted them for other crimes, including certain gun, pornography, and economic offenses. Click here for the complete list of federal mandatory minimum sentences.

What Happened in Ferguson? What Happened on the Anniversary of the Michael Brown’s Death? Demonstrations commemorating the killing of Michael Brown one year ago ended Sunday night when an 18-year-old was shot and critically wounded by the police. The shooting was on West Florissant Avenue, where other violence, fires and looting occurred last year. Main area of demonstrations Sunday night Previous areas of fires, violence and looting

Ta-Nehisi Coates’ Between the World and Me: Book club and discussion. To listen to the Audio Book Club discussion of Between the World and Me, click the arrow on the player below. This month Slate critics Jamelle Bouie, Meghan O’Rourke, and Katy Waldman discuss Ta-Nehisi Coates’ searing book Between the World and Me. Does it properly belong to the genre of polemic, memoir, poetry, journalism, or something else? Next time someone tells you "all lives matter," show them this cartoon One of the most common responses to "Black Lives Matter" is "all lives matter." But that response misses the point, as this great cartoon from Kris Straub at Chainsawsuit demonstrates: Kris Straub/Chainsawsuit Everyone does drugs, but only minorities are punished for it Since its inception, the war on drugs has disproportionately affected minority Americans far more than white Americans. To some extent, the racial disparity speaks to the overall inequality in the US criminal justice system. But it's also true minorities fall victim to tactics specifically deployed in the war on drugs much more often than white people.

Is Everyone a Little Bit Racist? Let’s start with what we don’t know: the precise circumstances under which a white police officer in Ferguson, Mo., shot dead an unarmed black teenager named Michael Brown. But here’s what evidence does strongly suggest: Young black men in America suffer from widespread racism and stereotyping, by all society — including African-Americans themselves. Research in the last couple of decades suggests that the problem is not so much overt racists. Rather, the larger problem is a broad swath of people who consider themselves enlightened, who intellectually believe in racial equality, who deplore discrimination, yet who harbor unconscious attitudes that result in discriminatory policies and behavior.

Next time someone says racism isn't real, show them this 3-minute video If systemic racism isn't real, why are black people nearly four times more likely to be arrested for marijuana than their white counterparts despite using and selling drugs at similar rates, about twice as likely to be pulled over while driving, or half as likely to get a call back after they mail their resume to an employer? The video above, by Brave New Films, breaks down these stats and more in a takedown of the idea that systemic racism isn't a real problem in America. When looking at racial disparities in police shootings, the focus typically falls on cops and the criminal justice system as a whole.

Racial profiling in L.A.: the numbers don't lie - latimes On monday, the ACLU of Southern California released a report analyzing more than 700,000 cases in which Los Angeles Police Department officers stopped pedestrians and/or drivers of motor vehicles between July 2003 and June 2004. The study, which I wrote with my research assistant, Jonathan Borowsky, asked not simply whether African Americans and Latinos are stopped and searched by the LAPD more often than whites -- it's clear that they are -- but the more complex question of whether these racial disparities are justified by legitimate policing practices, such as deciding to police more aggressively in high-crime neighborhoods. We found persistent and statistically significant racial disparities in policing that raise grave concerns that African Americans and Latinos in Los Angeles are, as we put it in the report, "over-stopped, over-frisked, over-searched and over-arrested." Police Chief William J.