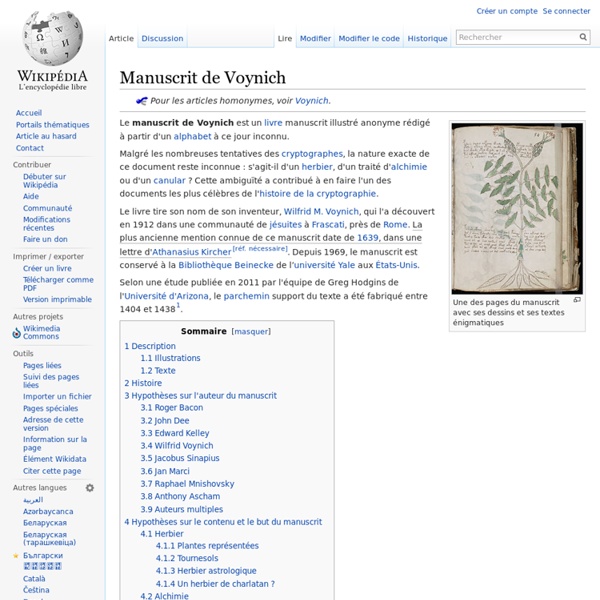 Pueblo Revival architecture Architectural movement The Pueblo Revival style or Santa Fe style is a regional architectural style of the Southwestern United States, which draws its inspiration from traditional Pueblo architecture and the Spanish missions in New Mexico. The style developed at the beginning of the 20th century and reached its greatest popularity in the 1920s and 1930s, though it is still commonly used for new buildings. Pueblo style architecture is most prevalent in the state of New Mexico. Features[edit] The Dream of Dante’s Late Teens: Cathars and The Cult of Courtly Love – A.N. Wilson Dante Alighieri, attributed to Giotto, in the chapel of the Bargello palace in Florence. This oldest picture of Dante was painted just prior to his exile and has since been heavily restored. The ideals and archetypes of Courtly Love were never more fully exemplified than in the troubadours of twelfth-century Provence, where it was called fin’amor — amor cortese in Italian.

Ham's Redemption Painting by Modesto Broco Ham's Redemption, in Portuguese: A Redenção de Cam (pronounced [ɐ ʁɨ.dẽ.ˈsɐ̃w dɨ kɐ̃w]); is an oil painting made by the Spanish painter Modesto Brocos in 1895. The work was painted while Brocos was teaching at the National School of Fine Arts of Rio de Janeiro.[1] Town Chronicles in the Holy Roman Empire: Legitimacy and Historical Construction – January 10, 2009Posted in: Articles Town Chronicles in the Holy Roman Empire: Legitimacy and Historical Construction By Ernst Reigg Japanese Stereotype Map of the World from 1932 - Earthly Mission How the Japanese saw the world in 1932, right between the two World Wars (click to enlarge and read description below). This extraordinary satirical map of the world as seen through Japanese eyes was created in the early 1930s as Japanese imperial ambitions strengthened. It was published as an editorial section of Hi no De, a monthly magazine aimed at a less well-educated readership. The “current world situation” is visible at a glance thanks to the cartoon (“manga”) illustrations of Shishido Sakō (宍戸左 行) and the accompanying text blocks. Figures of the day include Gandhi, Ramsey McDonald, Babe Ruth, Mussolini, Stalin, Hitler, Chiang Kai-shek, Chang Hsueh-liang, Al Capone and sports figures Babe Ruth and Jack Dempsey. The huge figure of Stalin emerges from buildings identified as factories.

Rose window Exterior of the rose at Strasbourg Cathedral. Interior of the rose at Strasbourg Cathedral. A rose window (or Catherine window) is often used as a generic term applied to a circular window, but is especially used for those found in churches of the Gothic architectural style and being divided into segments by stone mullions and tracery. Albur Mexican Spanish form of word play An albur (plural: albures) is a word play in Mexican Spanish that involves a double entendre. The first meaning in the Spanish language of albur refers to contingency or chance to which the result is trusted. Like in: "Leave nothing to the albur" or "it was worth the risk of an albur". The term originally referred to the hidden cards in the Spanish Monte betting card game.[1] The word albur is also synonym to uncertainty or random luck "Es un albur".

Visard A 16th-century woman wears a visard while riding with her husband. A woman wearing a moretta muta appears in this 1751 painting by Pietro Longhi. A visard (also spelled vizard) is an oval mask of black velvet, worn by travelling women in the 16th century to protect their skin from sunburn. It was not held to the head by a fastening, but rather the wearer would clasp a bead attached to the interior of the mask between their teeth. The fashion of the period for wealthy women was to keep their skin pale, because a tan suggested that the bearer worked outside and was hence poor.

perhaps for you my friend but for my part, I just need a pure intention and faith into the unknown by faustodelreal Feb 28

Sometimes, too long and too intrusive personal experimentation can lead too far. Understanding can not be previewed. Understanding is beyond us. by grzegorzostrowski Feb 4

the understanding of those things comes trought the personnal experimentation and nothing else could helps... but ty anyway by faustodelreal Feb 4

As far as the Voynich Manuscript, the vast majority of researchers focused on trying to decipher the code letter. Great respect for them. According to me , the text is intentionally used a hoax aimed to engage readers in a fruitless search for the code of the manuscript just as deliberately scattered like puzzle Centuries of Nostradamus. I am in my searches focused on the symbolic meaning of illustration. For someone who has only a scientific look at the issue of encryption, all suggest it may seem too unreliable, not falsifiable. Manuscript, namely the part of Herb is, according to me, a compendium of knowledge about the Evolution of Life on Earth - from its cosmological aspect, through Human Evolution (Theory Darwin ) to the Prehistory, History and Contemporary. In the following section, the author Herb encrypted all the important events of our common history with such precision that many a textbook of history might have envied accuracy. For more information: by grzegorzostrowski Feb 2