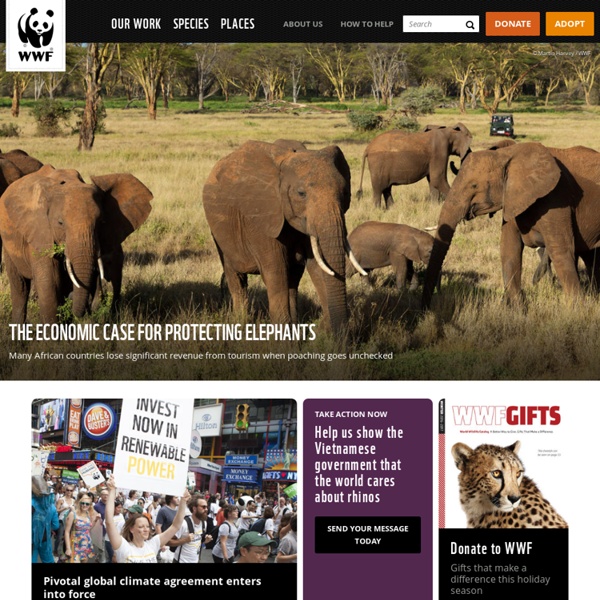 Shumei is a spiritual organization dedicated to elevating the quality of life Shumei — Natural Agriculture Natural Agriculture stems from the teachings of Mokichi Okada, a Japanese philosopher and farming pioneer who lived in the early years of the 20th century. Responding to the sense of alienation in the modern world, Okada encouraged a reconnection with nature, and a focus on the aspects of life that foster goodwill between people: compassion, respect and love. A cornerstone of his philosophy was the need for humanity to restore its relationship with nature. By recognizing our interdependence with other living beings, he believed, we would rediscover cooperation and gratitude, the foundations of a peaceful society. That act of reconnecting with nature through food is what Okada called Natural Agriculture.

Zero Waste Alliance FedEx Resilience Alliance - Panarchy No system can be understood or managed by focusing on it at a single scale. All systems (and SESs especially) exist and function at multiple scales of space, time and social organization, and the interactions across scales are fundamentally important in determining the dynamics of the system at any particular focal scale. This interacting set of hierarchically structured scales has been termed a "panarchy" (Gunderson and Holling 2003). Panarchy is a framework of nature's rules, hinted at by the name of the Greek god of nature- Pan - whose persona also evokes an image of unpredictable change. The panarchy framework connects adaptive cycles in a nested hierarchy. In addition to this creative role, Pan has a destabilizing role that is captured in the word panic, directly derived from one facet of his paradoxical personality.

Right to nature Nature is our right! Nature is for everyone to experience and enjoy. Nature is freedom. Friends of the Earth believes we all need nature in our lives, and we are campaigning to ensure everyone has a right to access vibrant nature. A gushing river in spring, the crunch of leaves in autumn, the music of birds singing in summer. Spend time in nature, and it evokes in us all a sense of liberty, beauty, wonder, and the interconnectedness of life. Nature is invaluable in its own right – special places and species are unique and irreplaceable. Nature is important to Europe's citizens: over 80% think loss of nature in their country is a serious problem. Experiencing vibrant nature is also crucial for everybody's health and wellbeing. Too often, poor and ethnic minority communities with the least power and money bear the brunt of environmental damage and pollution – they are denied the ability to experience nature. A river landscape in Bosnia and Herzegovina (c) Luka Tomac/FoEE Nature alert

The New Dream Blog by Chris Stratton, November 14, 2012 at 1:17pm In his latest book, America the Possible: Manifesto for a New Economy, Gus Speth has not held anything back. Nothing is sugarcoated. He tells us the hard and necessary truth about the mess that we’re in here in the United States. No—mess is too dismissive a word. Speth’s assessment of the current state of our country is sweeping and devastating. Speth rattles off category after category in which we rank at or near the bottom relative to our peers. It’s not a pretty picture. America the Possible is not about converting anyone. Author and environmentalist Gus Speth I found America the Possible to be a bit overwhelming. Admittedly, I finished this book initially feeling more despair than hope. To this, I’ll reply with Speth’s quote from former Visa International executive Dee Hock: “Things are much too bad for pessimism.” Chris Stratton lives in Oakland, CA, and researches residential energy use at the Lawrence Berkeley National Laboratory.

Rachel Beckwith - In memory of 9-year-old girl engaged in charity Rachel’s Last Fund-Raiser Perhaps every generation of geezers since Adam and Eve has whined about young people, and today is no different. Isn’t it clear that in contrast to our glorious selves, kids these days are self-absorbed Facebook junkies just a pixel deep? No, actually that’s wrong at every level. This has been a depressing time to watch today’s “adults,” whose talent for self-absorption and political paralysis makes it difficult to solve big problems. In the midst of this grim summer, my faith in humanity has been restored by the saga of Rachel Beckwith. Rachel lived outside Seattle and early on showed a desire to give back. “She said she wanted to help the cancer kids,” her mother, Samantha Paul, told me. Photo Then when she was 8 years old, her church began raising money to build wells in Africa through an organization called charity:water. Rachel’s ninth birthday was on June 12, and she had set up a birthday page on the charity:water Web site with a target of $300. As for Ms.

Home Oxytocin Changes Everything What does petting a cat, hugging a friend, deep breathing, a walk in the woods, and giving away money to someone have in common? These are but a few ways to release the hormone of love and connection, Oxytocin. We humans are like puppets on strings. All You Need is Love We all know the feeling of falling in love. Luckily, you don’t have to wait for the right person to sweep you off of your feet to experience the bliss associated with Oxytocin. You don’t have to wait to be swept off your feet to experience the bliss of Oxytocin. Neuroeconomics Sounds crazy doesn’t it? Neuroeconomics is a nascent field that represents the confluence of economics, psychology and neuroscience in the study of human decision making. The Magic of Kindness The American Psychological Association has released findings from multiple research studies which seem to point to the connection between Oxytocin, trust, and generosity. When someone is kind to you, you are more likely to be kind to others.

12 Life Lessons from a Man Who's Seen 12000 Deaths Rooted in the hearts of many Hindus is the belief that if you breathe your last in Kashi (Varanasi) you attain what is popularly known as ‘Kashi Labh’ or ‘the fruit of Kashi’—moksh or “release from the cycle of rebirth impelled by the law of karma”. Kashi Labh Mukti Bhawan in Varanasi is one of the three guesthouses in the city where people check in to die. The other two are Mumukshu Bhawan and Ganga Labh Bhawan. Established in 1908, Mukti Bhawan is well-known within the city and outside. Bhairav Nath Shukla has been the Manager of Mukti Bhawan for 44 years. He has seen the rich and the poor take refuge in the guesthouse in their final days as they await death and hope to find peace. People check in to die. 1. Shukla recounts the story of Shri Ram Sagar Mishr, a Sanskrit scholar of his times. In his final days, Mishr walked to the guesthouse carrying his little paan case and asked to keep room no. 3 reserved for him. A letter was sent out. 2. 3. 4. 5. 6. 7. 8. 9. 10. 11.