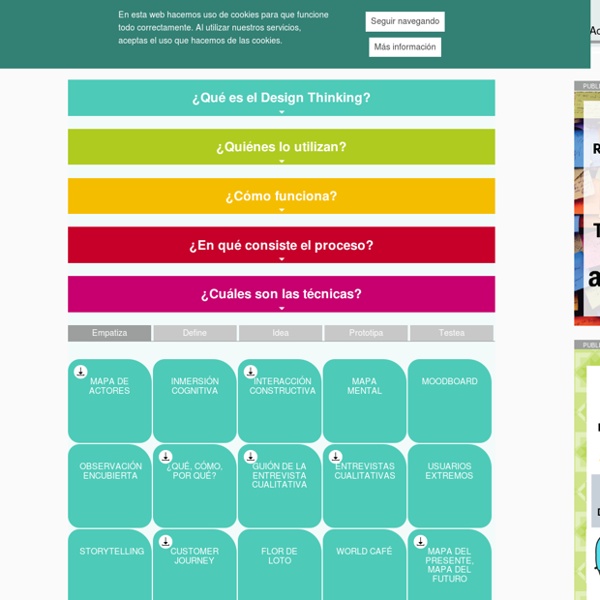 Does ‘Design thinking’ lead to bad learning design? Fads come and go, and ‘Design Thinking’ seems to be one on the rise at the moment. It’s a process with lots of variants but, in the talks I’ve seen on the subject, and the results I’ve seen emerge from the process, I’m not wholly convinced. The problem is that we may well need less ‘design’ and more ‘thinking’. The combination is likely to dumb down the learning in favour of superficial design. Imagine applying this theory to medicine. Drumeo "Smooth Criminal" is one of Michael Jackson's most iconic songs - and we were lucky enough to have his actual drummer (who toured with him for over 30 years) come to our studio and perform it! The fastest way to get faster on drums:► Follow Jonathan on YouTube:►

Listen to the oldest song in the world written 3,400 years ago In what is thought to be the oldest song ever created, a ‘sheet’ of music was discovered in the ancient Syrian city of Ugarit and referenced back to around 3400 years ago. Professor Anne Draffkorn Kilmer, who works as the curator at the Lowie Museum of Anthropology at Berkeley, spent fifteen years deciphering the clay tablets which were uncovered and excavated in Syria by French archaeologists in the early 1950s. The tablets, it has been confirmed, formed “a complete cult hymn and is the oldest preserved song with notation in the world.” Essential Design Thinking Videos and Methods The following resources are recommended in order to assist you to better understand Design Thinking. These resources, videos, and tools should be explored so as to familiarize yourself with how Design Thinking is being taught and applied currently. The resources listed below are only a sample of a wide array of information available on the subject.

Quilt Inspiration: February 2016 The 2016 AQS QuiltWeek in Phoenix, Arizona was one of the best shows ever! With hundreds of quilts and some very special exhibits by renowned quilters, it was an incredible show. Each of these quilts has a fascinating story... here are some of our favorites! Free family fun at Montreal's Jazz Festival The Montreal International Jazz Festival is not just for the young at heart. It's also got a few great free activities for your little ones, too. Here are three options for keeping your kids happy. Rio Tinto Musical Park Walk, jump, run on the notes of the giant piano at the new, enhanced Rio Tinto Musical Park.

8 Things to Look For in Today’s Classroom As I think that leaders should be able to describe what they are looking for in schools I have thought of eight things that I really want to see in today’s classroom. I really believe that classrooms need to be learner focused. This is not simply that students are creating but that they are also having opportunities to follow their interests and explore passions.1 The teacher should embody learning as well. Will Richardson recently wrote this in a comment on one of my recent posts on what teachers need to be like in our current day and the focus that needs to be on learning:

Phillip's Natural World: Invasion of the Roseate Spoonbills Nothing like a few dozen Roseate Spoonbills (Ajaja ajaja; syn. Platalea ajaja) to brighten an otherwise dreary, warm and buggy Florida afternoon. Above: A young White Ibis (Eudomicus albus) with a Roseate Spoonbill. These wading birds have a long, flat spoon-like bill. 20+ Of The World’s Strangest & Most Unique Hotels Regular travelers may be looking for a cheap, nice and clean hotel to stay in during their travels but who can pass off the chance to stay in a truly unique hotel? Fancy staying in a hotel room underwater or at the bottom of the sea? Or sleep in a bed that looks like it is suspended in mid-air?

Trolltunga: Crazy Rock in Norway Horizontally Hangs Out of Mountain From mid-June to mid-September, take a trip to Norway to visit Trolltunga, a giant piece of rock that hangs horizontally out of a mountain over half a mile off the ground. The roundtrip hike will take you between 8 to 10 hours but it's well worth the trip because the view is nothing short of spectacular. One of the most stunning scenic cliffs in Norway, Trolltunga translates to "The Troll's Tongue" because of its bizarre, jutting shape. The cliff was formed during the ice age, approximately 10,000 years ago, when glacial water froze huge chunks of the mountain and then broke off. What Does Your Favorite Color Say About You? Below is an infograph explaining what various colors communicate. And below that are a few infographs depicting the most popular colors among various demographics. For instance, if your favorite color is blue, you may value loyalty and calmness. If your favorite color is yellow, you're probably the only person whose favorite color is yellow. Note: The statistics in the various infographs vary slightly because the info was derived from different sample groups.

Whimsical Street Art by Filthy Luker “Filthy Luker is a painter who is really attacking his audience. Who could think that a green octopus suddenly starts to creep out from the windows, a huge banana rind lounges just in the center of a road and the trees start to see!” (Photo by Filthy Luker/Vedi tutte le foto via Giornalettismo.com) Longsheng Rice Terraces The Longsheng Rice Terraces are located in Longsheng County, about 100 km (2 hours drive) from Guilin, Guangxi, China. The most popular are Ping An Rice Terrace and Jinkeng Rice Terrace. The terraced fields are built along the slope winding from the riverside up to the mountain top, the highest part being 880 m in elevation while the lowest part is 380 m[citation needed]. The coiling line that starts from the mountain foot up to the mountain top divides the mountain into layers of water glittering in the sun in spring, layers of green rice shoots in summer, layers of golden rice in fall, and layers of silvery frost in winter. The terraced fields were mostly built during the Ming Dynasty, about 500 years ago. Landscape of terraced rice fields in Yunyang county, southwest Chinas Yunnan province, August 13, 2008.

Kishu Collection by Maya Selway Designer Maya Selway’s Kishu collection consists of a series of objects that were designed to look like careless, half-finished sketches of candle holders, vases and bowls. Each object in the Kishu collection is carefully weighted at its base to support its lopsided structure. “I worked for a long time to get the balance just right,” said Selway. The collection recently won second prize in the Object category at the Interieur Design Awards at the Interieur Design Biennale in Kortrijk, Belgium.