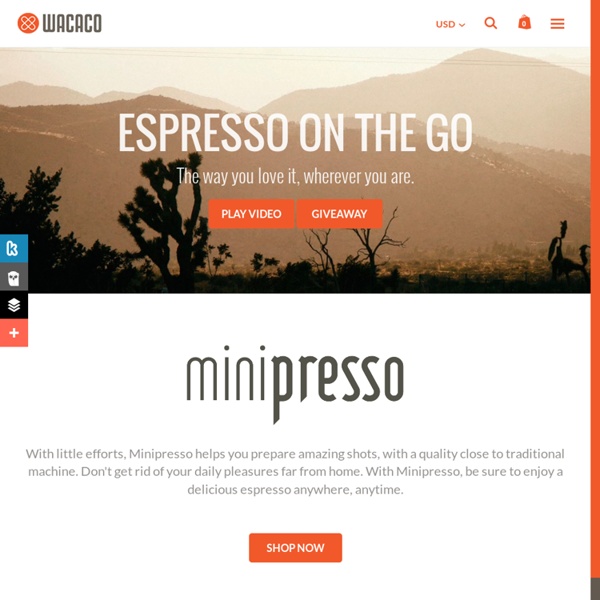 Pantelligent is one smart frying pan Cooking can be hard. The team at Pantelligent are aiming to make the process a little easier, though, by allowing users to connect their "smart" frying pan to a smartphone to monitor temperature and cook time ... taking the guesswork out of pan cooking. View all The app is the key to Pantelligent. For the more adventurous chef, the system includes freestyle mode, which allows them to use the temperature-monitoring feature without following a recipe. Bluetooth Low Energy is used for communication with the phone, which allows for a range of around 50 feet (15 m) from the pan depending on obstructions. The pan itself is made with a Teflon nonstick coating that is rated to last 3 to 5 years. Designer Humberto Evans and the rest of his team are seeking funding on Kickstarter. The Kickstarter pitch video below provides more information and shows the pan in use. Sources: Pantelligent, Kickstarter Share

Flare Pan is claimed to be 40 percent more energy-efficient than regular cookware The Flare Pan is based on jet engine-cooling technology Image Gallery (2 images) When the University of Oxford's Dr. Thomas Povey was on a mountaineering trip several years ago, he became acutely aware of how much fuel was required to boil water using his conventional cookware. This inspired the professor of engineering to develop a new type of cooking pan, that would make better use of available heat. When Povey and colleagues tested traditional pans on a gas range, they noticed that much of the heat from the flame simply went up the sides of the vessel and into the air. Drawing on technology developed to dissipate heat in jet engines, the fins built into the sides of the Flare Pan served to absorb much of that previously-wasted heat. Developed through the university's Isis Innovation commercialization branch, the Flare Pan is available for pre-order through UK kitchen goods retailer Lakeland. The company is expecting to receive delivery of the pans and begin shipments as of August 25th.

5 Best Lunch Boxes for Men When you only need to click a picture of a roast turkey sandwich to get it delivered to your office, it can be difficult to consider an alternative. That mystery meat sandwich may be tasty (and it got here in 15 minutes!), but making a meal yourself can save money and give you more control over eating healthy. A tin Superman lunch box isn’t going to cut it anymore, though, unless you work at an elementary school. These boxes are a bit more sophisticated. They’ll store your food more sensibly, and more importantly, you won’t look like your mom packed your lunch for you. MORE FOOD ON THE GO: Best Nutrition Bars | A History of In-n-Out Burger | America’s Best Airport Restaurants Nickel-Plated Aluminum Lunch Box For the Modern Miner: During the Great Depression, a 17-year-old miner tried to sit on an old tin box and it collapsed. If you’re using this chair/lunch box, you probably need something hearty for lunch. Classic Stainless Lunch Jar Artifact Lunch Tote The Finishing Touches

Product - Roccbox Roccbox is a portable, compact and lightweight stone bake oven. Roccbox is a rock in a box that produces astounding cooking results. Capable of cooking virtually any type of food, on the move, Roccbox is compact enough to carry, yet large enough to cook a 12 inch pizza in just 90 seconds. Roccbox also enables the baking of breads, cooking of fish, roasting of meats, vegetables, desserts and much, much more. Precisely engineered for incredible cooking results, the Roccbox’s body is comprised of multiple steel layers with a dense, space-age insulated jacket. Roccbox’s insulated internal stone floor is retained in a stainless steel base plate, with anti-warp reinforcement joist, ensuring Roccbox’s durability and longevity. The under-floor thermocouple thermometer monitors temperatures and displays them on an easy to read dial for easy heat control and consistent cooking results. Virtually anything. Baking Breads Smoked Food 90 Second Pizza Roasted Meat + Veg

Top 3 Best Slow Cooker Reviews – Kitchen Chatters Do you think slow cookers are a bit old fashioned? Maybe you have not-so-fond memories of the out-dated (even back then) slow cooker that once sat in your mother’s or grandmother’s kitchen when you were a kid. Well, slow cookers have come a long way since then. So how can you choose the best slow cooker for your needs? Ninja 3 in 1 Cooking System The Ninja 3 in 1 Cooking System has a 6 quart capacity. Along with being the perfect size for a family of four or more, the Ninja 3 in 1 Cooking System has several other handy features. The unbreakable pot is also removable. Cuisinart PSC Stainless Steel Programmable Slow Cooker The Cuisinart PSC Stainless Steel Programmable Slow Cooker has a 6 and a half quart capacity, making it a great size for regular cooking for a family of four to six. Thanks to its 24-hour programmable countdown timer, you can set your Cuisinart PSC Stainless Steel Programmable Slow Cooker to start at any time. Clean up is easy too. What are you in the mood for?

10 Easy Pieces: Modular Kitchen Workstations: Remodelista Older 10 Easy Pieces: Modular Kitchen Workstations by Alexa Hotz Issue 39 · The Deconstructed Kitchen · September 30, 2015 Newer Issue 39 · The Deconstructed Kitchen · September 30, 2015 When it comes to rental appliances, we're partial to the European style of installing your own kitchen gear—investing in a good oven and refrigerator and taking it with you from one rental to the next. Above: Danish company Vipp makes an Island Module that can be assembled with various front cabinets, a sink, and gas burners in the worktop; $34,300 at Vipp. Above: The March Work Table is built of white oak and steel and can be customized with leather accessory boxes, a wine rack, or an ash basket. Above: German industrial designer Dirk Biotto's ChopChop is a well-thought-out storage kitchen worktop. Above: Boffi's Mini Kitchen Cart has a built-in mini refrigerator, storage compartments, and sockets for electical cords. Above: Katrin Arens, a German in Italy, designed a wooden kitchen workbench.