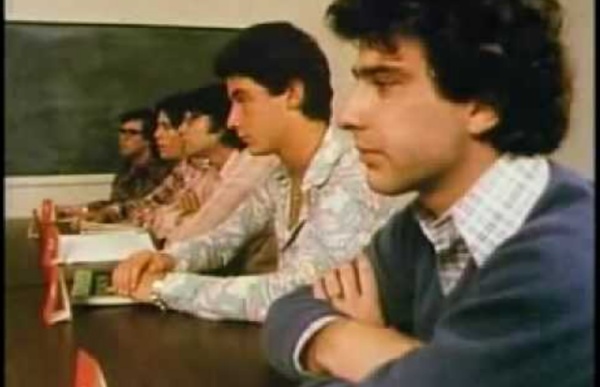 Memory Games | Improve Memory Games Memory improvement is part of this memory game, the process can be done with few steps that can be easy and performed effortlessly. Many people have trouble remembering faces or names. How to remember things is only a technique that you need to utilize, for example to remember a face you just need to examine a person’s face discretely when you are introduced. Try to find an unusual feature, ears, hairline, forehead, eyebrows, eyes, nose, mouth, chin, complexion, etc. Create an association between that characteristic, the face, and the name in your mind. Also when you are introduced, ask for the person to repeat their name. Also, after you leave the person, review the name in your mind several times. This memory game is going to activate some areas of your brain responsible for memory acquisition which therefore can help your memory improve.

The Just World Theory The Just World Theory By Claire Andre and Manuel Velasquez Afterwards, they said that the 22-year-old woman was bound to attract attention. The verdict of the jurors in the Fort Lauderdale rape trial may have been influenced by a widespread tendency to believe that victims of misfortune deserve what happens to them. Melvin Lerner, a social psychologist, has conducted a series of experiments to test this hypothesis. If the belief in a just world simply resulted in humans feeling more comfortable with the universe and its capriciousness, it would not be a matter of great concern for ethicists or social scientists. Zick Rubin of Harvard University and Letitia Anne Peplau of UCLA have conducted surveys to examine the characteristics of people with strong beliefs in a just world. Ironically, then, the belief in a just world may take the place of a genuine commitment to justice. Further reading: Melvin J. Melvin J.

Stanford prison experiment continues to shock Forty years ago a group of students hoping to make a bit of holiday money turned up at a basement in Stanford University, California, for what was to become one of the most notorious experiments in the study of human psychology. The idea was simple - take a group of volunteers, tell half of them they are prisoners, the other half prison wardens, place them in a makeshift jail and watch what happens. The Stanford prison experiment was supposed to last two weeks but was ended abruptly just six days later, after a string of mental breakdowns, an outbreak of sadism and a hunger strike. "The first day they came there it was a little prison set up in a basement with fake cell doors and by the second day it was a real prison created in the minds of each prisoner, each guard and also of the staff," said Philip Zimbardo, the psychologist leading the experiment. 'Very cruel guard' As it turned out, they did not have to wait long. "After the first day I noticed nothing was happening. 'Ethically wrong'

Psychology Resources - Psychology.org Submit to Add Your Site If you have a resource you feel should be listed, please use this form to have it approved. We individually review each submission, so be sure to fill in every field to expedite the process. Should your resource pass muster, we will notify you of our plans to post it. Managing Submissions To make changes to a listed resource, please email us at contact@psychology.org with URL of the resource, the issue, the fix and your name. Disclaimer: While we thoroughly vet all third party resources, we are not responsible for the information contained within a source we do not own. At any time, the owner of a resource may request his or her material be removed from our encyclopedia.

Watch Obsessed Full Episodes & Videos Online My TV provider is not listed. Why not? We are currently working on adding more TV providers. Please check back frequently to see if your TV provider has been added. Why do I need to log in to watch some video content? Viewers who verify their subscription to a TV provider get access to a deeper catalog of video content, including more full episodes. I am able to watch A&E on TV. This service is only available through participating TV providers. How much does it cost to access all of the video content? Accessing video content is free, however, you will need to verify your TV provider subscription by logging in in order to access all of our video content. Can I watch videos if my TV provider isn't currently supported? Yes! What kind of programming is available if I log in? You will get access to more full episodes than ever before. How often is new video added to the website? There will be new episodes and web exclusives added every day. What countries are able to view A&E full episodes?

The Big Five Project - Personality Test Directions: The following statements concern your perception about yourself in a variety of situations. Your task is to indicate the strength of your agreement with each statement, utilizing a scale in which 1 denotes strong disagreement, 5 denotes strong agreement, and 2, 3, and 4 represent intermediate judgments. In the boxes after each statement, click a number from 1 to 5 from the following scale: Strongly disagreeDisagreeNeither disagree nor agreeAgreeStrongly agree There are no "right" or "wrong" answers, so select the number that most closely reflects you on each statement.

French TV contestants made to inflict 'torture' A French TV documentary features people in a spoof game show administering what they are told are near lethal electric shocks to rival contestants. Those taking part are told to pull levers to inflict shocks - increasing in voltage - upon their opponents. Although unaware that the contestants were actors and there was no electrical current, 82% of participants in the Game of Death agreed to pull the lever. Programme makers say they wanted to expose the dangers of reality TV shows. They say the documentary shows how many participants in the setting of a TV show will agree to act against their own principles or moral codes when ordered to do something extreme. The Game of Death has all the trappings of a traditional TV quiz show, with a roaring crowd chanting "punishment" and a glamorous hostess urging the players on. Christophe Nick, the maker of the documentary, said they were "amazed" that so many participants obeyed the sadistic orders of the game show presenter. Yale experiment

5 of the Best Places to Find Historical Photographs A couple years ago, Larry Ferlazzo shared a hefty collection of ideas for how teachers can use photos in the classroom. Since then, I’ve been regularly incorporating a number of his activities into my writing lessons. I won’t bother to rehash all of Larry’s ideas here, but I do want to share a few of the websites where I find cool, and often strange, historical photos. Retronaut is hands down one of my all-time favorite websites. Jones Photo Historical Collection houses four generations of the family-owned photographs. Shorpy features thousands of high-definition images from the 1850s to 1950s. Critical Past is home to more than 57,000 historic clips and 7 million stills. Library of Congress is another place where you’ll find a nice collection of historical photographs.

Resources - Ages of Exploration Merchants of the Great Exchange The Great Exchange refers to the transfer of culture, plants, animals, and disease around the world. As people travelled around the world they discovered new products. By the 1700s, Europeans were sailing to Africa, India, China, and Southeast Asia to trade. This game is based on a book published in 1775 called, “The New and Complete Guide to the East India Trade.” See if you, too, can return alive to England winning fame and fortune. Play Merchants of the Great Exchange Whose Lunch is it Anyway? When Christopher Columbus and the explorers that followed him landed in the Americas, they began to introduce foods that they were familiar with. So… get ready for school, pack your lunch, and see just how many things would have been left in your lunchbox in America before 1492, with Whose Lunch is it Anyway? Play Whose Lunch is it Anyway? World Explorer: So just how good a sea captain are you? After answering all fifteen questions, you will receive a sea rank.