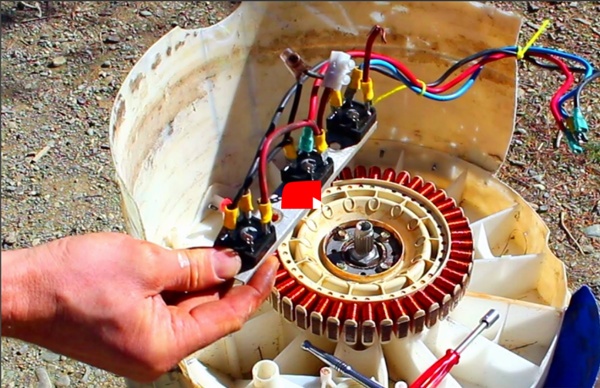 PowerTrekk PowerTrekk - the world´s first Water Charger: 5 inches x 2.5 inches x 1.75 inches Power anywhere, anytime - just add water. PowerTrekk uses fuel cell technology which cleanly and efficiently converts hydrogen into electricity. Users simply insert the PowerTrekk Puck and add water to provide instant power on the go via a USB cord. Unlike solar chargers, fuel cell power is not impacted by cloudy weather. Watter Buddy This little machine generates DC power from a source such as a stream running down a hillside. Water is channelled into a pipeline with enough drop (head) to build up sufficient pressure. It can also be used with water systems that are under pressure like the water in city supplies. The water passes through a small nozzle where it gives up pressure for velocity. The water then passes through the turbine runner which converts the energy in the water into shaft power and spins the generator.

The Beautiful All Black Ayam Cemani. It's Known As The Lamborghini Of Poultry... The Ayam Cemani in case you didn't know, is the most rare and exotic chicken breed in the world. Hence the unusual title of The Lamborghini of Poultry. I'm delighted to inform you of these facts because it's vitally important that you know. Everything about this poultry is black. Three examples of water powered technology will make you question the need for gas stations (Collective Evolution) Every day the world becomes aware of technologies that have the potential to halt the unnecessary damage we continue to inflict on the world through our use of fossil fuels, and water powered technology seems to be one of them. Below are three examples of technologies which show that we have the potential to really do things differently here on the planet. It’s time to live in a way that resonates with the collective rather than continually using outdated methods to drive our machinery.

Have a Cow, Man Owning a cow may be more involved than a backyard chicken, but when’s the last time you got farm-fresh milk from a hen? Maybe it’s time to buy the cow and get the milk for free. First off, decide if you want a dairy or beef cow. Problem loading page Canada’s Hydrostor has developed a creative energy storage solution that is half the cost of the best battery technology and lasts twice as long. The clean energy startup is storing energy as compressed air and then housing the air underwater inside giant balloons. Though it sounds ridiculous, the idea is efficient at energy storage, and an environmentally friendly, zero-emissions solution. Cleantech startup Hydrostor designed and is now partnering with Toronto Hydro to operate the world’s’ first underwater compressed air energy storage system in Toronto.

Portland installs turbines in their city water pipes, powers city by flushing toilets Hydoelectric turbines have been installed in one of the main water pipelines in Portland, Oregon, utilizing the water pressure to produce electricity. The turbines work where water is flowing downhill, and are already recouping some of the energy cost in keeping the water system running. When fully in place, these pipe generators can power hundreds of thousands of homes. Gregg Semler, CEO of Lucid Energy, followed his dream of "helping water become more sustainable" by developing this smart piping system. Not only are they electricity generators, they also have state of the art sensors to detect change in water pressure to keep pipes from bursting, and the ability to detect if drinking water is contaminated.

Stay Connected with a Solar Powered Fridge Whether you're looking for a fridge because you're off the grid, or a fridge to have as a back-up during a power outage, or as a creative way to save money, a solar powered appliance makes a viable option. When shopping for a solar powered fridge be sure to confirm whether the appliance comes with the solar panels and battery. In most cases you have to purchase those separately. Energy Storage in Underwater Balloons Grid-level energy storage takes many forms, including flow batteries, Li-ion batteries, pumped hydro, compressed air in underground caverns, and even flywheels. Toronto’s Hydrostor just added another tool to the arsenal: underwater compressed air energy storage (UCAES). Hydrostor recently activated a pilot UCAES plant - the first of its kind - that will provide grid-level storage for the city of Toronto. In addition to supplying the city with cost-effective energy storage, the system will allow engineers to study its behavior and optimize the design. Can UCAES become a viable energy storage technology?

A Small Creek Provides Plenty of Power For This Off-Grid Home For eight years, Tracey and I lived in a solar powered home and for eight cloudy winters, we ran a small Honda generator every week to recharge our batteries. We understood that the original owner of our home had operated a small hydro system from the property's year round creek but we never investigated this option because the creek ran through dense forest. Besides, we could just tell there wasn't sufficient drop over its course. We finally decided to use Backwoods Solar's Site Level just to confirm hydro didn't make sense.Much to our surprise, our traverse through the woods from a potential turbine site to a convenient intake location revealed about 80' of drop.