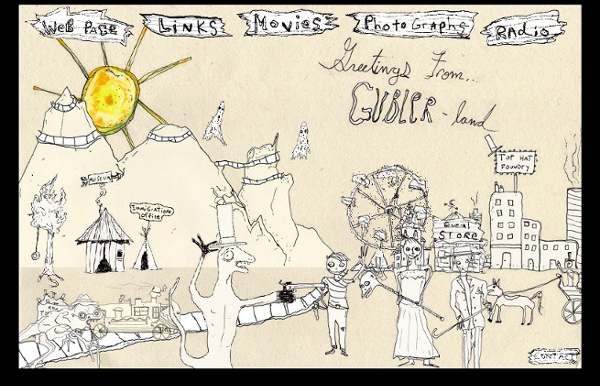 Jessica Dance Knits Comfort Food... Literally and Figuratively | Brown Paper Bag Jes­sica Dance is an art direc­tor, model maker, and prop styl­ist who spe­cial­izes in hand­crafted mod­els. I’ll say! Check out this series of knit­ted com­fort foods that totally gives new mean­ing to the phrase. As some­one who knows how to knit (poorly), I am super impressed with the forms them­selves and detail­ing on items like sausage and bacon. All pho­tog­ra­phy is by David Sykes. This piece isn’t apart of her com­fort foods series… but goes with the theme of what she’s doing. Matthew Gray Gubler-Totally Tubular

365 Gallery — LUCKY JACKSON Online Dictionary home : JUAN FONTANIVE Starving Artist Recipes I used to live in Seattle and one of the big things I miss about that city is Tom Douglas’s Serious Pie restaurant. It is seriously intense, with their stone-encased applewood burning ovens, exclusive charcuterie, and artisan cheeses. But my fav is their Yukon Gold Potato with Rosemary and Pecorino Romano Pizza. While flights from LA to Seattle aren’t super expensive, making this pizza (or as close to it as possible) is a better alternative. You need to be a bit organized to get the timing right, but it’s very worth the time so stick with it. Makes: 2 pizzasTime: 30 minutesPizza Dough Ingredients: 3 3/4 cup bread flour, 2 1/2 tsp active dry yeast, 3/4 tsp salt, 3/4 tsp sugar, 1 1/3 cup lukewarm water, a few drops of olive oilPizza Topping Ingredients: 3-4 large yukon potatoes, 3 tsp salt, 1/2 yellow onion, 2-3 sprigs of fresh rosemary, pepper, a few drops of olive oil, 2-3 tbsp grated parmesan cheese 5:00pm: In a large bowl combine the flour, yeast, salt and sugar.

federico babina My Cardboard Life » Made from real cardboard Angela Dalinger This month I will have my first exhibition in Germany in an Italien bookshop in Berlin ( Raum Italic ) together with the artist Robert Deutsch. They asked us to do a new movie poster for an italien movie…and this was the only one I remembered. The 120 days of sodom, a quite disgusting movie. excerpts from my first Werewurf comic Love love love your work, Angela! I’m playing the stupid fool, so at least nobody would expext me to be like them, doing the oppositeacrylic on paper 14 x 21 cm Major Depression page 4, in the black hole