How I use Pearltrees to organize my homeschool bookmarks 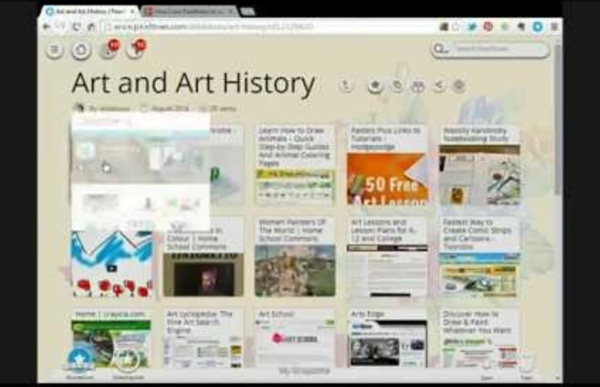 BMI Calculator - Measure Body Mass Index and Body Fat Your BMI is an estimate of your body fat based on your weight and height. — Getty Images (BMI should not be used to assess a child’s weight because the appropriate weight for a child varies greatly by age.) Typically, people with higher BMIs have a greater likelihood of developing conditions such as heart disease, high blood pressure, sleep apnea, and type 2 diabetes. But many factors — including your family history, eating habits and activity level — also influence your overall health. BMI calculator results are grouped into the broad categories of underweight, healthy weight, overweight and obese.

19 Apps to Bring App Smashing to Your Classroom By Katie Chirhart Beginning my adventure as an iPad Lab teacher two years ago was easy. I knew everything there was to know about iPads and how to use them in the best way possible—or so I thought. Then I went to a workshop about app smashing and soon realized exactly how big the hole in my knowledge was and how many opportunities I was missing out on. App smashing is the act of using (“smashing”) two or more apps to create one project, usually an animated video that’s published online. Lung function measured in just a phone call with new health-sensing tool According to researchers, SpiroCall allows patients to measure their lung function on any phone.Image credit: the University of Washington Traditionally, this was only conducted in clinical settings, but home spirometry is gaining acceptance in the medical community due to its ability to detect pulmonary exacerbations and improve outcomes of chronic lung ailments. However, cost and usability are often significant barriers to its widespread adoption. Now, a new health-sensing tool has been developed by a team of computer science and engineering and electrical engineering researchers - from the University of Washington (UW) - that can accurately measure lung function over a simple phone call. Most people in the developing world who have asthma, cystic fibrosis, or other chronic lung diseases have no way to measure how well their lungs are functioning outside of a clinic or doctor visit.

Five Social Benefits of Introducing Minecraft to Your School What I love about Minecraft is that way that it brings kids together. From my experience, the social benefits of integrating Minecraft into a child’s school life are incredible. Below are five social benefits that I’ve helped to develop in students at my school through the use of structured curriculum-based activities and free-play or team-based activities both through our Minecraft club and in the classroom. Student Growth Many of the students entering the doors to Minecraft club have played the game before in some capacity. But often, the skills required to share ideas effectively, work together, and follow a team leader still need some work. Arthritis - Arthritis Pain Relief - Arthritis Treatment Save $100.00 with our Spring Special! New and Updated for 2016 Plus... Bonus Chapter on Osteoporosis If you’re skeptical about arthritis information you get on the internet, this will change your mind... "Learn how to enjoy life again with the amazing secrets and discoveries in this just released 'For Arthritis Sufferers Only' resource"

The Minecraft Effect Minecraft, the Lego-like building video game, is such a massive hit that the New York Times Magazine recently made it the subject of a cover story. What makes the game such a global sensation is its power to encourage an interest in STEM (science, technology, engineering and mathematics) — those pesky fields that Americans don’t seem to be able to conquer. U.S. students lag behind 34 other countries in math and behind 26 countries in science, according to a Pew Research Center study. “The game encourages kids to regard logic and if-then statements as fun things to mess around with,” according to The Times article. “It teaches them what computer coders know and wrestle with every day, which is that programs rarely function at first: The work isn’t so much in writing a piece of software but in debugging it, figuring out what you did wrong and coming up with a fix. Educators interested in learning how to design learning activities using Minecraft are in luck.

TLC Africa Memorial Service in Remembrance of Mrs. Bendu E. R. Promoting a Global Community of Educators Wouldn’t it be great if someone could find, convene, and facilitate educators and futurists to map the ideal future of education, then grow a global community of educators who could bring the ideals of that map into the realities of educational institutions? Someone already has started this process, and he is indeed both an educator and futurist — in Moscow. Pavel Luksha’s Global Education Futures effort started in Russia and is now active on every continent except Antarctica. We’ve walked and talked in my (geographic) neighborhood several times, and Professor Luksha and his family joined me and my friends in weekend art-making on a couple occasions. Our recent video interview is a continuation of a conversation we’ve been engaging for a couple years.

How Teaching Is Like the Muppets Sometimes to better understand the chaotic, comedic, and oh-so-lovable world of teaching, you have to take a look at it through a different lens. The Muppets are here to help! Here are Muppets GIFs that strangely look a lot like teaching. 1. Raspberry Pi Becomes Cycle Exact Commodore Drive Emulator The Commodore 1541 disk drive is unlike anything you’ll ever see in modern computer hardware. At launch, the 1541 cost almost as much as the Commodore 64 it was attached to ($400, or about $1040 at today’s value). This drive had a CPU, and had its own built-in operating system. Of course, anyone using a Commodore 64 now doesn’t deal with this drive these days — you can buy an SD2IEC for twenty dollars and load all your C64 games off an SD card.