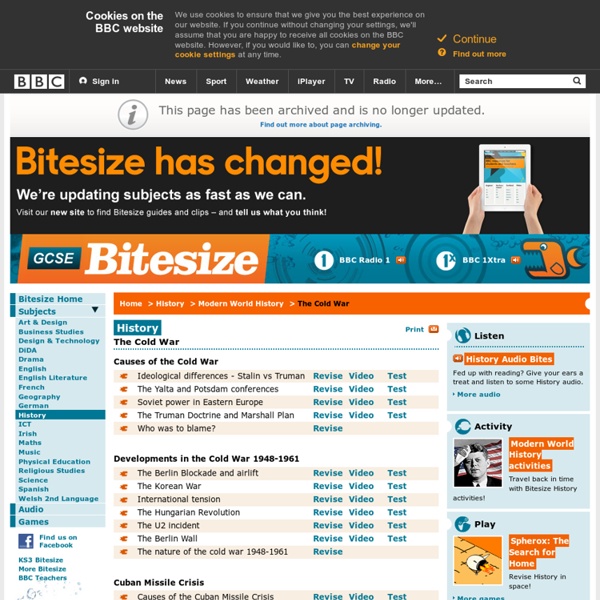 CIA Releases Declassified Maps from 75 Years of Intelligence Cartography The Cartography Center of the Central Intelligence Agency (CIA) started in October of 1941 with hand-drawn maps that plotted the geographic data of World War II. The Center today harnesses more advanced, digital technologies, but the goal remains the same: to visually convey data in a way that will be understandable for a broad intelligence audience. For the Center’s 75th anniversary, the CIA announced last month that it was releasing several albums of declassified maps, which represent its decades of activity, onto Flickr. From the Russian front of 1942 to the threatened elephant populations of Africa in 2013, the maps are an archive of American involvement in global conflicts and crises. The CIA states on its site that the Center’s “chief objectives are to analyze geospatial information, extract intelligence-related geodata, and present the information visually in creative and effective ways for maximum understanding by intelligence consumers.”

JFK on Poetry, Power, and the Artist’s Role in Society: His Eulogy for Robert Frost, One of the Greatest Speeches of All Time In January of 1961, as John F. Kennedy’s inauguration approached, his would-be Secretary of the Interior suggested that the poet Robert Frost participate in the ceremony as the first inaugural poet. Eighty-six-year-old Frost telegrammed Kennedy with his signature elegance of wit: “If you can bear at your age the honor of being made president of the United States, I ought to be able at my age to bear the honor of taking some part in your inauguration.” He proceeded to deliver a beautiful ode to the dream of including the arts in government, which touched Kennedy deeply. Frost died exactly two years later, in January of 1963. The speech was eventually included in the altogether superb Farewell, Godspeed: The Greatest Eulogies of Our Time (public library) — a compendium of breathtaking adieus to cultural icons like Amelia Earhart, Martin Luther King, Jr., Emily Dickinson, Keith Haring, Eleanor Roosevelt, Charles Schulz, and Virginia Woolf, delivered by those who knew them best.

Berlin Wall: How the Wall came down, as it happened 25 years ago The Berlin Wall has collapsed. This entire era in the history of the socialist system is over. After the PUWP [Polish Communist party] and the HSWP [Hungarian party] went Honecker. Today we received messages about the "retirement" of Deng Xiaopeng and Todor Zhivkov. Earlier the same morning, Marc Kusnetz, one of Tom Brokaw’s colleagues at NBC, goes back to his hotel to freshen up. Demonstrators pull down a segment of the Berlin wall at Brandenburg gate in 1989 00:05 In Britain, Fleet Street has long since sent out its front pages. East German border police at Checkpoint Charlie were surprised to learn yesterday that citizens could now travel to the West freely. Traffic was light at the famous crossing, meant for foreign travellers through the Berlin Wall... 00:00 It is 1am in united Berlin, and the city will party long into the morning. ABC's Barrie Dunsmore finally goes live. 23:55 Somewhere in the chaos, a young Angela Merkel has made it through the Bornholmer crossing. GOAL!

Cold War-era kits on surviving nuclear fallout unearthed by historian Posted In the early 1960s Washington was a city on edge and the threat of a nuclear attack was not far from the minds of the powerful. It was a threat considered so real that boxes of medical supplies were distributed across America — intended to aid survivors of an attack for the days and weeks after the blast. But the blast never came and for decades the supplies that officials hoped would save their compatriots gathered dust, forgotten in an attic in the nation's capital. Until they caught the eye of Senate photo historian Heather Moore. Ms Moore was with a colleague cleaning out their storage space when dozens of boxes stacked in a neighbouring locker were about to be thrown out. "These were just stacked in the attic in this locker, and we didn't know really what was going on," Ms Moore said. "The door was open and things had been rifled through. "We came back the next morning and literally the crew was there to throw out these boxes. Supplies for up to 325 people in each box

Did the Cold War ever really end? Illustration by Davide Bonazzi. Evan Mawdsley: “The Cold War was a product of the 1917 revolution and the Second World War” Relations between the US and Russian Federation have been cool over the past 10 years, and were chilled further by the 2014 annexation of the Crimea. But those developments are part of a new era. The Cold War meant more than tension between two major states. It evolved over time, but had three essential features. The world changed profoundly in all three areas, as a result of the collapse of the USSR. Evan Mawdsley was professor of international history at the University of Glasgow. Kathleen Burk: “What was notable was that in the 20th century the superpowers forebore actually coming to blows” Cold War is a term denoting the period between 1945, when the US and UK governments decided that the hostility of the USSR to ‘the west’ was the fundamental factor in international affairs, and 1991, when the end of the USSR signified the victory of the US and its allies.

The Cold War: The Geography of Containment The Cold War: The Geography of Containment Gary E. Oldenburger Independent Study in Geography Dr. The conflict between the United States and the Soviet Union known as the Cold War has been examined in many different ways. A study of the relevance of some of the traditional theories of political geography to the pursuit of the United States policy of containment must first consider the scope and origins of the containment policy, and the theories which may be applied to the study of containment. Origins of Containment The battles of the Cold War were fought on nearly every continent and in nearly every country around the globe. Both states were acting to secure their own survival and security. These conflicts can be characterized by several alternating periods of aggression and reaction. The United States drafted its strategy for meeting the post-war Soviet threat in 1947. American administrations from Truman to George H.W. Containment in Mackinder's Heartland and Spykman's Rimland 1. 2. 3.

Rosenberg The Rosenberg Trial is the sum of many stories: a story of betrayal, a love story, a spy story, a story of a family torn apart, and a story of government overreaching. As is the case with many famous trials, it is also the story of a particular time: the early 1950's with its cold war tensions and headlines dominated by Senator Joseph McCarthy and his demagogic tactics. The Manhattan Project was the name given to the top secret effort of Allied scientists to develop an atomic bomb. In February 1950, less than two weeks after a jury convicted Alger Hiss of perjury for denying under oath that he had passed secret information to a Communist agent named Whittaker Chambers, Klaus Fuchs was arrested and confessed to disclosing to the Soviets information about the Manhattan Project. Fuchs' arrest, which began the chain of investigations that led authorities to Julius and Ethel Rosenberg, was made possible by American cryptanalysts...

Kennan and Containment, 1947 - 1945–1952 , a career Foreign Service Officer, formulated the policy of “containment,” the basic United States strategy for fighting the cold war (1947–1989) with the Soviet Union. Kennan’s ideas, which became the basis of the Truman administration’s foreign policy, first came to public attention in 1947 in the form of an anonymous contribution to the journal Foreign Affairs, the so-called “X-Article.” “The main element of any United States policy toward the Soviet Union,” Kennan wrote, “must be that of a long-term, patient but firm and vigilant containment of Russian expansive tendencies.” To that end, he called for countering “Soviet pressure against the free institutions of the Western world” through the “adroit and vigilant application of counter-force at a series of constantly shifting geographical and political points, corresponding to the shifts and maneuvers of Soviet policy.” Kennan’s policy was controversial from the very beginning.