Pilo - Shake It To Power It 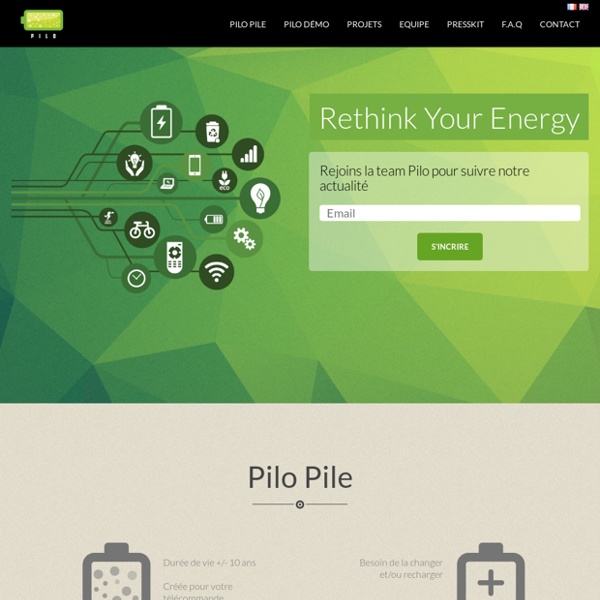 10 things I’ve learnt about lean startup | We Love Lean – Lean startups, design, happiness and everything in between For those of you that don’t know I’m co-founder of Spook Studio. We’re a startup consultancy and design studio by the sea that helps startups get started. We’ve worked with many startups over the years and have learnt a bit along the way. We love working with startups as we get to see an idea come to life, plus also we get to work with visionary people that are looking to disrupt the status quo and do something different. Not just dreamers, but dreamers that do. As well as organising Lean Startup Brighton we also put on a couple of events in London aimed at startups. So, why go lean I hear you ask? This is why. We all want to work on stuff that people value and use. Which brings me to the traditional model for product development,waterfall. What works much better in most cases is a more agile or leanapproach to releasing. ie. early and often. Agile is great when there’s a defined problem but the solution for solving this is unclear. Key principles of lean So….. onto my lean learnings.

Why Tesla's battery for your home should terrify utilities Earlier this week, during a disappointing Tesla earnings call, Elon Musk mentioned in passing that he’d be producing a stationary battery for powering the home in the next few months. It sounded like a throwaway side project from someone who’s never seen a side project he doesn’t like. But it’s a very smart move, and one that’s more central to Musk’s ambitions than it might seem. To understand why, it helps to look not at Tesla, but at SolarCity, a company chaired by Musk and run by his cousin Lyndon Rive. SolarCity installs panels on people’s roofs, leases them for less than they’d be paying in energy bills, and sells surplus energy back to the local utility. When you have a lot of solar, you need a lot of batteries Fueled by financing systems like SolarCity’s, government subsidies, and a rapid drop in the price of photovoltaics, solar has been growing fast. Forecast storage market from GTM Research. This has been part of the plan for the Gigafactory all along.

Home - Mural Zeer Pot Instructable - Simple Off Grid Refrigeration Technique Transforms Food Storage In Africa If you found yourself stuck without power following a hurricane, earthquake, or other disaster, there is no reason anyone should be without this kind of knowledge. In this day and age where we can share the knowledge around, I love this idea. Be sure to watch the video on its use and effictiveness as well on the second page of this article, and share it around to all of your loved ones. A zeer pot is an evaporative cooler used in rural Africa and the Middle East to keep vegetables fresh. They consist of two terra cotta pots, one nested inside the other, with the gap between them filled with wet sand. Here are the supplies used to build it. Zeer pots were re-discovered and popularized in the early 2000s by the Nigerian teacher Mohammed Bah Abba. Unless the air is very dry and the pot is exposed to a constant breeze, they generally do not become as cold as a refrigerator, but they will keep vegetables fresh for a couple of weeks. Think of it as an open-cycle refrigerator.