How Much Sleep Do You Actually Need? 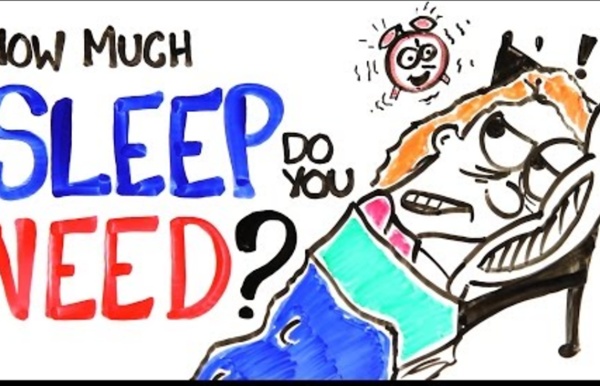 Time Whenever you travel to a new country, you’re likely to encounter different cultures and traditions—not just in food and nightlife, but in sleep, too. Here are 10 quirky sleep habits from around the world. Siestas The Spanish tradition of an afternoon nap dates back thousands of years, according to the National Sleep Foundation. Naked sleeping The United Kingdom has a preference for sleeping naked, according to a study from the National Sleep Foundation. Sleeping with pets In the United States, people often sleep with their pets. Al fresco naps In Scandinavian countries including Norway and Sweden, parents often leave their babies outdoors to nap, even in the middle of winter. MORE: Is It Bad To Be Inside All Day? Bedtime prayers In Mexico, meditation or prayer are common before bed. Sleeping with fewer sheets Many Europeans don’t use a top sheet and instead sleep on a fitted sheet, underneath a comforter or duvet. Late bedtimes for kids Napping in public Worry dolls

Energy and Calm: Brain Breaks and Focused-Attention Practices When presented with new material, standards, and complicated topics, we need to be focused and calm as we approach our assignments. We can use brain breaks and focused-attention practices to positively impact our emotional states and learning. They refocus our neural circuitry with either stimulating or quieting practices that generate increased activity in the prefrontal cortex, where problem solving and emotional regulation occur. Brain Breaks A brain break is a short period of time when we change up the dull routine of incoming information that arrives via predictable, tedious, well-worn roadways. When we take a brain break, it refreshes our thinking and helps us discover another solution to a problem or see a situation through a different lens. 1. I always carry a bag of household objects containing markers, scrap paper, and anything that one would find in a junk drawer -- for example, a can opener or a pair of shoelaces. 2. 3. Movement is critical to learning. 4. 5. 6. 7. 8. 9. 1.

How To Take A Compliment Relax Like A Pro: 5 Steps to Hacking Your Sleep I once went almost five days without sleep in 1996 just to see 1) if I could make a week (I couldn’t), and 2) what the side-effects would be. I was a new neuroscience major at Princeton at the time and hoped to do research with famed serotonin pioneer, Barry Jacobs. Hallucinations cut my sleep deprivation trial short, but I’ve continued to experiment with sleep optimization and variation as a means of improving performance. Here are a few effective techniques and hacks I’ve picked up over the last five years from sources ranging from biochemistry PhDs to biologists at Stanford University… 1. Consume 150-250 calories of low-glycemic index foods in small quantities (low glycemic load) prior to bed. Morning fatigue and headache isn’t just from sleep debt or poor sleep. 1-2 tablespoons of flaxseed oil (120-240 calories) can be used in combination with the above to further increase cell repair during sleep and thus decrease fatigue. 2. 3. 4. Test “caffeine naps” between 1-3 pm. 5. Sweet dreams.

Sleep Sleepy teenagers It’s official. Teenagers need more sleep than their parents. According to sleep experts, people aged between 10 and 17 need to sleep between 8.5 and 9.25 hours each night. Sleep lessons Research in Scotland has shown that teenagers are suffering from sleep deprivation which is causing problems with behaviour, concentration and learning. Sleeping habits People of different ages from around the UK emailed us about their sleeping habits: I have a strange habit of falling asleep when I watch the television and it usually happens when I am watching something I am really interested in! I have an eight-month-old baby and a three-year-old so I don’t get much sleep at the moment. I share a room with my older brother. I read in the paper the other day that most children in Britain don’t sleep enough. Sleep advice If you have a sleep problem here is some advice from the sleep experts: You shouldn’t drink tea or coffee in the evenings.

What Are Affirmations and How to Use Them By Remez Sasson What Are Affirmations Affirmations are sentences aimed to affect the conscious and the subconscious mind. The words composing the affirmation, automatically and involuntarily, bring up related mental images into the mind, which could inspire, energize and motivate. Repeating affirmations, and the resultant mental images, affect the subconscious mind, which in turn, influences the behavior, habits, actions and reactions. What Affirmations Do? They motivate. When and How to Repeat Affirmations 1) Devote some special times during the day for repeating them. 2) Repeat them wherever you are, and whenever you want and have the time. Before starting, ask yourself whether you really want to get what you want to affirm for. Affirm with love, faith, feeling and interest, and feel and believe that your desire has already been fulfilled. Examples Affirmations for success: It is easy and simple to achieve success. Affirmations for happiness: I am letting happiness manifest in my life.

The Most Successful Techniques for Rising Early ‘The proper response to life is applause.’ ~William Carlos Williams By Leo Babauta Waking early is one of my favorite things in the world. The morning is quiet as the world hasn’t begun stirring, the perfect time for meditation, writing, exercise and some quiet reading. Waking early can give you an hour or three of extra time for focus and creativity. I haven’t written about waking early for awhile, mostly because my waking time is in constant flux. I’ve learned a thing or two about how to change your wake-up time with joy, and today I’ll share the most successful techniques in my many experimentations. The Gradual Method The best method for changing the time you wake up is to do it gradually — 10-15 minutes earlier for 2-4 days, until you feel used to it, and then repeat. That might seem too slow to most people, and you’re free to disregard this advice. Sudden changes of an hour earlier or more in your waking time are difficult, and not likely to last. 3 Steps to Actually Get Up

A good night's sleep Host: At exam time it is important to sleep well. Today we have Doctor Baker with us in the studio and he is going to give us five top tips for getting a good night’s sleep. Welcome to the show, Doctor Baker. Dr Baker: Thank you. It’s great to be here. Let’s start with tip one.

20 Wonderful Effects Exercise Has on the Mind Studies find exercise increases stress resilience, fights anxiety, speeds up the mind, protects against dementia, is more fun than we predict, and more… If everyone got a little exercise, we could put half the doctors in the world out of a job. But it’s not just doctors who’d be out of a job if people could take the stairs every now and then, it’s also psychologists. Here are 20 wonderful psychological effects that exercise has on the mind. 1. Studies on mice have shown that exercise reorganises the brain so that it is more resistant to stress (Schoenfeld et al., 2013). It does this by stopping the neurons firing in the regions of the brain thought to be important in the stress response (the ventral hippocampus). This may be part of the reason that exercise… 2. Exercise has a relatively long-lasting protective effect against anxiety (Smith, 2013). Both low and medium intensity exercise has been shown to reduce anxiety. 3. Not only this, but participants who exercised had better spatial memory.