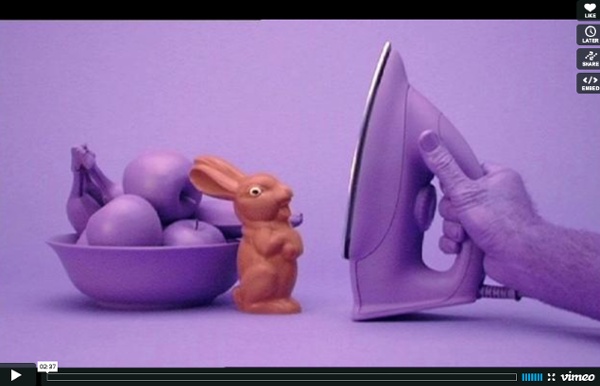 dropout productions - independent movie company - Norfolk, VA Coca-Cola Cupcakes I don’t drink coca-cola. But I do eat it. Weird. Yeah, I dunno. It’s way better eaten. There’s some dark and white sugar cooked with dark dutch processed cocoa powder…and a can of coke! There’s some the ol’ that pouring into this and this pouring into that. There’s some mixing. Take a little PAM and spray the liners–this is a sticky cupcake batter. UPDATED TIP ALERT: A few of you tried this recipe and sprayed them and the cupcake still stuck. These cupcakes are chocolately, decadent, rich and kind of amaze. This frosting isn’t frosting–it’s just whipped cream. And guess what? Next, cherries on top! P.S. Coca-Cola Cupcakes Recipe adapted from Baked: The New Frontier Yields 15 cupcakes Print this recipe! Cupcakes: 2 cups Coca-cola (do not use diet!) Whipped Cream Frosting: 1 1/2 cups of heavy whipping cream 4 tablespoons of powdered sugar 1/2 teaspoon of vanilla extract Maraschino cherries (for topping) Preheat the oven to 325 degrees F.

Find the Agent Who Will Find You a Publisher Query letters? Do literary agents really read them? Agents take queries very seriously, and yes, they really do read them. So write a professional, intelligent, concise, intriguing query and not only will you entice an agent to ask for more, but you’ll move yourself one step closer to a book sale. Query Letter Basics A query letter is a single page cover letter, introducing you and your book. A query letter has three concise paragraphs: the hook, the mini-synopsis, and your writer’s biography. Paragraph One—The Hook: A hook is a concise, one-sentence tagline for your book. Here are a few examples of hooks for well-known novels: House of Sand and Fog When Massoud Amir Behrani, a former colonel in the Iranian military, sinks his remaining funds into a house he buys at auction, he unwittingly puts himself and his family on a trajectory to disaster; the house once belonged to Kathy Nicolo, a self-destructive alcoholic, who engages in legal, then personal confrontation to get it back.

Kitchen Window: Corn, East Indian Style This recipe is adapted from Modern Spice by Monica Bhide (Simon & Schuster 2009). These small patties take practice to make perfect. Make sure the peanuts are not ground too fine. There should be small pieces in the mix. Fry on medium heat to make them perfectly crunchy on the outside and moist on the inside. For the cooked corn you can cut kernels off roasted, steamed or boiled ears, or use well-drained canned corn or thawed frozen kernels. Sala Kannan for NPR Makes about 10 (2 3/4-inch) patties, 4 servings 2 medium russet potatoes, peeled and cut in half 1/4 medium red bell pepper, cut into small dice (1/4 cup) 1/4 cup plain panko (Japanese-style bread crumbs) 1/2 cup cooked corn kernels 1/4 cup pomegranate seeds (optional) 1/4 teaspoon salt, or more to taste 1 tablespoon minced cilantro leaves 1/2 cup roasted, salted peanuts, coarsely ground 1/2 to 1 teaspoon ground chili pepper or crushed red pepper flakes 4 to 6 tablespoons vegetable oil Divide the mixture into 10 equal portions.

Metaphilm ::: Donnie Darko A new theory to help the viewer unravel the cult classic. Erik A. Coburn n recent years, Donnie Darko, directed by Richard Kelly, has become a cult classic. While most people who watch this twisted film will love it, few will understand the intricate, multi-layered timeline residing within. Explaining the timeline This diagram summarizes Donnie’s travel, to and from the Tangent Universe, to and from the past and the future. The entire movie occurs between points B and C on the timeline, aside from the last five or ten minutes, which happen at point A. Before getting into the explanations, there are some phrases that need to be defined: With these terms in mind, we can now begin breaking down the timeline. At point A, the Tangent Universe appears. He’s been here before Take a deep breath, now. Now what does this mean? What is Frank’s story? Frank is not a supernatural being. But, if Donnie is saved by Frank at the beginning, what about his first trip through the Tangent Universe? Wake Up

sweet saturday: one minute peanut butter cake Picture this scene: it’s 8:30 in the evening. The sky is just starting to get dark outside your living room window. You ate a delicious, healthy and veggie-filled dinner a few hours ago and now you are ready to sit down to the most recent episode of So You Think You Can Dance and dive into a decadent plate of dessert. Oh wait, you have no dessert. No chocolate, no cookies, no ice cream, no cake, no pie, not even a Jordan almond. Well she’s to go to her microwave. You can make a delicious, fluffy, moist peanut butter cake in your microwave in about one minute (30 seconds mixing, 30 seconds zapping). The options are also pretty endless. One Minute Peanut Butter Cake Print This Recipe Serves One Like my peanut butter microwave cake? Ingredients: 1 egg, beaten1 tablespoon brown sugar1/2 teaspoon baking powder1 heaping tablespoon flour2 tablespoons peanut butter1 teaspoon milk1 tablespoon powdered sugar (give or take) Directions:

it wasn't "lol" funny but it was interesting in a sick way. Especially the hair dryer. by guttsu Jul 26