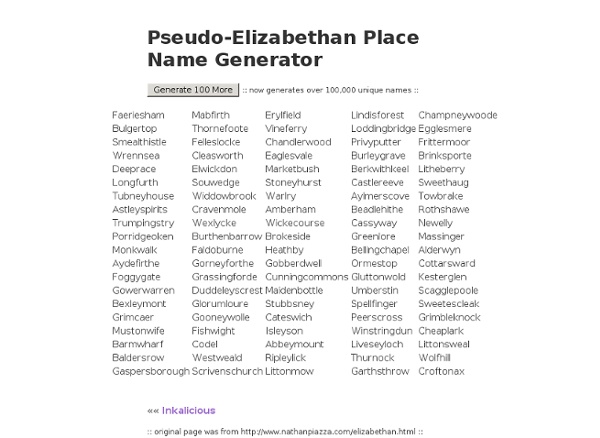 The Complexity of the Creative Personality Researcher Mihaly Csikszentmihalyi includes in his books and other writings descriptions of the diversity and multiple characteristics of creative people. In a post of hers, Juliet Bruce, Ph.D. notes that Mihaly Csikszentmihalyi (pronounced me-high chick-sent-me-high-ee) wrote, “If there is one word that makes creative people different from others, it is the word complexity. Instead of being an individual, they are a multitude.” “Like the color white that includes all colors, they tend to bring together the entire range of human possibilities within themselves. Here are a few qualities he lists, as Bruce summarizes: A great deal of physical energy alternating with a great need for quiet and rest.Highly sexual, yet often celibate, especially when working.Smart and naïve at the same time. Do you relate to any of these qualities? One of these intriguing areas is androgyny. The photo is actor Tilda Swinton, at the 2008 Oscars, where she won for her role in “Michael Clayton.”

Arabian Nights - Index This is an extract of one of the earliest translations of the "Arabian Nights" into English, made by Sir Richard Francis Burton. I got the "flat" ASCII text from a gopher server that has been unavailable for some years now. I have no idea who scanned/typed the text. This extract is not nearly complete. In 1996, I HTML'ed the text and split it up to make it better readable. Before diving into the universe of the Nights, you should take heed of this Warning! Intro Story The Tale Of The Bull And The Ass The Fisherman And The Jinni The Tale Of The Ensorceled Prince The Porter And The Three Ladies Of Baghdad The First Kalandar's Tale The Second Kalandar's Tale The Third Kalandar's Tale The Eldest Lady's Tale The Tale Of The Three Apples Tale of Nur Al-Din Ali and his son Badr Al-Din Hasan The City Of Many-Columned Iram And Abdullah Son Of Abi Kilabah The Sweep And The Noble Lady The Man Who Stole The Dish Of Gold Wherein The Dog Ate The Ruined Man Who Became Rich Again Through A Dream The Ebony Horse

Ab Exercise STOP! Don’t do another crunch ab exercise. You have alternatives Abs are the most sought after body part. We want beautiful abs with no fat on top! While many of us stick to basic crunches and sit-ups, I am going to show you something new. Below are some ab exercises that I love to do. Take your time as you learn each ab exercise. What’s Your Favorite Ab Exercise? Plank Pose Start- Start in an upper push-up position. Go For It- Stay in this position as long as possible. Tips and Techniques- – Remember to breathe! – Pull your belly button into your spine. – If you feel this ab exercise in your lower back, lift your derriere up into the air a bit. – When you cannot hold on for another second, come down to all fours (hands and knees). – Plank Pose and Child’s Pose are two of many yoga poses that I use in my trainings. – This is my favorite ab exercise of all time. Leg Lowering Start- Begin by laying on your back. – Inhale as you lower your legs to the ground. Reverse Crunch Bicycle Ball Crunch

Bloom, Bake & Create » Blog Archive » Snow Dyeing: Technique #1 As promised, here is the first snow dyeing technique I tried this past week. This one is a bit messy, but I like the results. If you missed yesterday’s blog post which covers the prep of snow dyeing, check it out HERE. Print This Post Now that the fabric has soaked in soda ash for at least 30 minutes, it’s time for the fun! With your gloves on, take each piece of fabric and place in it’s container. Fabric in container ready to be dyed Now go out and get some snow. Snow collected in buckets With your gloves and dust mask on, open up the Procion MX dyes and mix 2 teaspoons of the dye into you snow bucket. 042 Raspberry Procion dye and snow Cover your fabric with the dyed snow. Dyed snow over fabric That picture shows 042 Raspberry on the left and 076 Cobalt Blue on the right. Now is where patience comes in. Dyed containers covered If you want to keep them warmer, cover them with a blanket and let them set there undisturbed for 24 hours. Raspberry dyed fabric Cobalt Blue dyed fabric

Traveling Lightly Through Life | zen habits ‘A good traveler has no fixed plans, and is not intent on arriving.’ ~Lao Tzu Editor’s note: This is a guest post from Francine Jay of Miss Minimalist. I’m often asked what inspired me to become a minimalist. The answer: I fell in love with traveling lightly. After over-packing on a few trips—and suffering the misery of lugging around a heavy suitcase—I vowed never to check a bag again. The experience was exhilarating! I began to edit the contents of my home with the same fervor as I had my suitcase. Lighten your load Excess possessions are like excess luggage: they can tie us down, get in the way, and drain our sense of energy and adventure. Conversely, the less stuff we have to worry about, the more nimble we become—and the better able to embrace new opportunities and experiences. To regain our freedom, we simply need to lighten our loads. Start with a clean slate. Question every item. Set limits. Use modules. Think versatility. Digitize. Live on the edge. Lighten your step

stereomood – emotional internet radio - music for my mood and activities The Egg Author's Note: The Egg is also available in the following languages: The Egg By: Andy Weir You were on your way home when you died. It was a car accident. And that’s when you met me. “What… what happened?” “You died,” I said, matter-of-factly. “There was a… a truck and it was skidding…” “Yup,” I said. “I… I died?” “Yup. You looked around. “More or less,” I said. “Are you god?” “Yup,” I replied. “My kids… my wife,” you said. “What about them?” “Will they be all right?” “That’s what I like to see,” I said. You looked at me with fascination. “Don’t worry,” I said. “Oh,” you said. “Neither,” I said. “Ah,” you said. “All religions are right in their own way,” I said. You followed along as we strode through the void. “Nowhere in particular,” I said. “So what’s the point, then?” “Not so!” I stopped walking and took you by the shoulders. “You’ve been in a human for the last 48 years, so you haven’t stretched out yet and felt the rest of your immense consciousness. “Oh lots. “Wait, what?” “Sure. “Just me?

Language Family Museum Last Updated: 21 February 2011 On this page you can listen to 20-25 hours of clear textual recordings in 528 languages organized by language family so that you can compare closely related languages in sequence in order to hear how similar or different genetically related languages sound to each other. Many if not most of the languages presented here are endangered and have little or no other documentation. Thus, these recording of a comprehensible text can serve as a resource to study them as well as to document their existence in the event of their extinction. The Background of these Language Museums: The audio New Testaments that form the specimens in these museums are produced by the Faith Comes by Hearing project of Hosanna Ministries. Apart from the wide variety of languages offered, these scriptural recordings are special for another reason, namely their audio quality. The organization of the languages on widget is, in principle, alphabetical. Legend:

7 steps to creativity - how to have ideas A guest post by Simon Townley of WriteMindset As a writer, having ideas is one of the most important parts of your craft. But often it seems like one of the most difficult and challenging parts of the whole process. How do you keep ideas flowing? How do you create a wealth of ideas to choose from? Some people like to wait for inspiration to strike. Luckily, there is a formula for producing ideas on a consistent basis. But if you need to produce strong and creative ideas regularly as part of your writing career, then it pays to know the formula, and how to use it. First of all, what is an idea? “An idea is nothing more nor less than a new combination of old elements.” So how do you combine old elements into new? “The capacity to bring old elements into new combinations depends largely on the ability to see relationships.” Young says the ability to see relationships between facts is the most important factor in coming up with ideas. How do you cultivate it? Step 1 – Gather your information

Alexander Arguelles Background[edit] Professor Arguelles holds a BA (1986) from Columbia University and a Ph.D. (1994) from the University of Chicago, where he worked with both Ioan Culianu and Wendy Doniger.[3] He was a post-doctoral research fellow at the Freie Universität Berlin and has been a professor at Handong Global University in South Korea, the American University of Science & Technology in Beirut and the New College of California in San Francisco.[4][5] He currently works in Singapore as a language specialist in the training, research, assessment, and consultancy division of the applied linguistics department of the Regional Language Centre of the Southeast Asian Ministers of Education Organization (SEAMEO-RELC).[6] Polyglottery[edit] Professor Arguelles' foreign language learning process takes place in three fashions: formal study, immersion, and autodidactic study. Techniques[edit] Publications[edit] References[edit]