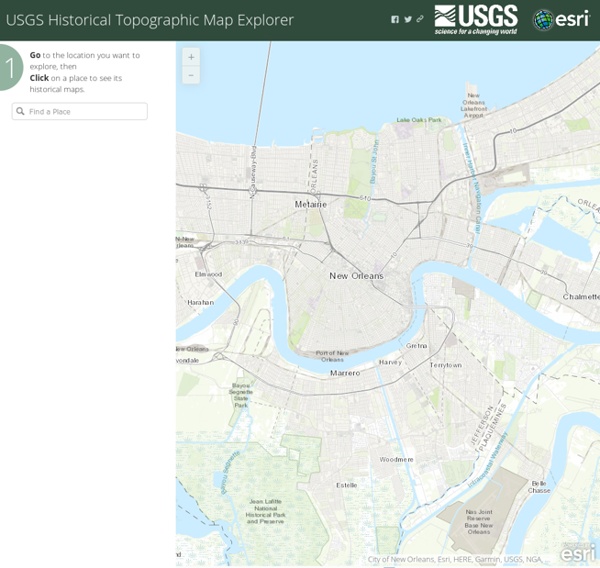 Herodotus Timemap Book 1, Ch. 1 This is the display of the inquiry of Herodotus of Halicarnassus, so that things done by man not be forgotten in time, and that great and marvelous deeds, some displayed by the Hellenes, some by the barbarians, not lose their glory, including among others what was the cause of their waging war on each other.The Persian learned men say that the Phoenicians were the cause of the dispute. These (they say) came to our seas from the sea which is called Red, and having settled in the country which they still occupy, at once began to make long voyages. Among other places to which they carried Egyptian and Assyrian merchandise, they came to Argos,which was at that time preeminent in every way among the people of what is now called Hellas. Natural Earth Overview | Historical GIS GIS Home AAG Home Contact Us RSS Problems logging in? Get Help About the Program Geography and the Humanities AAG Historical GIS Forum The forum provides an exchange center for historians, geographers, and others to network with each other and discuss research needs and topics. Read More The Symposium on Space-Time Integration in Geography and GIScience A special Symposium focused on the research status, recent advances and research needs of space-time integration, modeling and analysis in geography and GIScience was held at the AAG Annual Meeting in Seattle, WA April, 2011. UVA Scholars' Lab project featured in recent Atlantic article HGIS and Spatial History projects featured at VUW's Spatial History Workshop Digital Historians interviewed in Southern Spaces Journal AAG Specialty Groups View All

Division of State Documents Digital Atlas of the Roman Empire What Historians Want from GIS By J. B. "Jack" Owens An increasing number of historians, particularly those dealing with world history or the history of large geographic regions, are becoming interested in using geographic information systems for research and teaching. However, GIS remains largely unknown among the vast majority of professional historians, and a significant percentage of those who believe they know about the technology think it is something they can buy with their next car so that they will not become lost. GIS and History I am often the only historian at geographic information science (GIScience) meetings, and my presence provokes the obvious question. Many years later, on a hot, sleepless night in Murcia, Spain, in 1983, I used my daughters' tracing paper and colored pencils to try this technique again. GIS and Disciplinary Crisis It is difficult to convey to readers of a written text a complex, multidimensional history, even a linear one. Collaboration and GIS The Future of History at ISU J.

DMMapp - Digitized Medieval Manuscripts App What is the DMMapp? The DMMapp is an open source app that links to digital repositories containing digitized western medieval manuscripts from all over the world. Finding digitized repositories can be difficult, and we want to create a central hub that can help medievalists, codicologists, and enthusiasts to find the medieval manuscripts they are searching for. Who made the DMMapp? The DMMapp is a project by Giulio Menna, MA, and Marjolein de Vos, MA. I love the DMMapp! Contribute to the DMMapp If you are aware of a library that is not on our DMMapp, you can use the "Add a Missing Library" form to let us know. I would like to base a project on the DMMapp! Absolutely! Where can I contact you? There is a nice and tidy contact form for that.

GIS for History MDE - LRP Map The Land Restoration Program (LRP) of the Maryland Department of the Environment provides financial incentive for the redevelopment of brownfields, which are sites that either qualify for the Voluntary Cleanup Program or are contaminated by oil. Redevelopment of these sites will help revitalize industrial and commercial areas. LRP also administers the 'Superfund' program for the State of Maryland that assesses suspected hazardous water sites, including federal facilities, to control and remove environmental and public health threats through site cleanups and remedial actions. As a public service, LRP distributes their GIS data identifying these site locations in several different file formats. For more information regarding this site, please contact the Land Restoration Program of MDE- or -call (410)537-3493 Data Currently AvailableGIS ShapefilesKML FilesUsing Services Find an address:Enter an address into the 'Find a place' box on this page to zoom to the closest match.