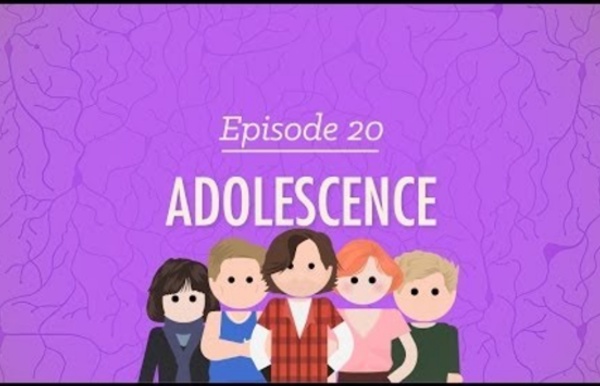 Related:  How Reinforcement And Punishment Can Help Parents In Influencing The Behavior Of Teenage Children • A parent's guide to influencing your teens: Punishment & Reinforcement • Proposals and Presentations • Pearltree assigment 1

What your teenager needs - Family Lives There are particular skills that support children in learning how to manage for themselves, to trust their own judgment and develop their own skills. When it comes to dealing with teenagers, we may use much the same skills as we did when they were younger, but at a greater remove. These include being encouraging and enabling, allowing children to learn from their mistakes rather than ‘showing them how to do it’, accepting they might do it differently from you, acknowledging and respecting their choices, following the child’s lead rather than jumping in with ideas, being in the present and spending time focused on your teenager. What teens need

10 Tips for Improving Parent-Teen Relationships You know your child is an adolescent (semi-formed human) when she or he: Gives you attitude over stuff that's never been an issue before. Refuses to do what you ask. Agrees to do it and then (un)wittingly "forgets" 32-Year Study Shows How Geeky Kids Become Happy Adults Feeling good was good enough for Janis Joplin and her Bobby McGee, but most parents want a little more for their kids, perhaps including a sense of coherence, positive coping, social engagement, and pro-social values. In short: well-being. A study published this week in the Journal of Happiness Studies shows how children and adolescents get this well-being as adults. In short, social connectedness massively overwhelms academic achievement.

A Critical Analysis of Language Identity Issues in Young Adult Literature Nancy L. Hadaway, Terrell A. Young, & Barbara A. Ward “It is language, more than land and history, that provides the essential form of belonging Operant Conditioning How Reinforcement and Punishment Modify Behavior Operant conditioning, also known as instrumental conditioning, is a method of learning normally attributed to B.F. Skinner, where the consequences of a response determine the probability of it being repeated.

A Parent's Guide to Surviving the Teen Years You've lived through 2 a.m. feedings, toddler temper tantrums, and the back-to-school blues. So why is the word "teenager" causing you so much worry? When you consider that the teen years are a period of intense growth, not only physically but emotionally and intellectually, it's understandable that it's a time of confusion and upheaval for many families. Which Is Better, Rewards or Punishments? Neither “I feel a sense of dread as bedtime rolls around. Here we go again.” A dad said this in our family therapy office one day, describing his son’s pre-bed antics. The child would go wild as bedtime approached, stubbornly ignoring his parents’ directions and melting down at the mention of pajamas. The parents felt frustrated and stumped.

UC Mindful Health & Safety The past 30 years have seen exponential growth in research examining Mindfulness-Based Stress Reduction (MBSR) and a variety of offshoots termed Mindfulness-Based Interventions (MBIs). The Mindfulness Research Guide, a website launched in 2009, presents a comprehensive overview of this bourgeoning science, including a graph (below) demonstrating the growth in mindfulness research literature from 1980-2013. Although concerns have been expressed regarding methodological weaknesses inherent in the literature (e.g. small sample sizes, lack of randomization, suboptimal controls, use of self-report as measures of improvement), meta-analyses and review articles support the usefulness of MBIs for a broad range of issues and populations (Baer 2003; Grossman et al. 2004; Hofmann et al. 2010). Below are some noteworthy studies. Physical Health Outcomes Mindfulness research that focuses on physiological and medical outcomes has primarily used MBSR as an intervention.

Social Emotional Learning: What to Know Have you heard the term social-emotional learning, or SEL? Maybe SEL is something your district has decided to make a priority. Or maybe SEL is a skill set that you’ve been hearing a lot about in professional development. But what is social and emotional learning? Nine Steps to More Effective Parenting Raising kids is one of the toughest and most fulfilling jobs in the world — and the one for which you might feel the least prepared. Here are nine child-rearing tips that can help you feel more fulfilled as a parent. 1.

Positive Punishment: What It Is, Benefits, and Examples Positive punishment is a form of behavior modification. In this case, the word “positive” doesn’t refer to something pleasant. Positive punishment is adding something to the mix that will result in an unpleasant consequence. The goal is to decrease the likelihood that the unwanted behavior will happen again in the future. This approach may be effective in certain circumstance, but it’s only one part of the equation. Guiding your child toward alternative behaviors that are more appropriate to the situation are also needed. Personality Test of Myers & Briggs' 16 Types Q. What is this personality test based on? A. This test is based on the personality theory created by Isabel Myers and Katharine Briggs. It measures your preferences on Myers and Briggs' four dimensions of personality type, as well as 23 more detailed facets of type to personalize your results. Q.

Why Restorative Practices Benefit All Students Did you know that a significant percentage of the achievement gap between students of color and white students is caused by punitive discipline? African American and Latino children are much more likely to face school suspension and expulsion—even for the same behaviors—than white students. As a response to this inequitable school model of punitive discipline measures, restorative practices are growing in schools across the nation. I asked Brian H. Smith, Ph.D., a research scientist with the Committee for Children, to share his perspectives on the current status and future directions of discipline in schools.

Parents know best, or do they? In today’s Asia, the dilemmas of overparenting SINGAPORE: His mid-term tests were coming up, and Wen Zi Xu’s mother wanted to know what scores her 11-year-old would try to get. His aim: 100 marks for English; 95 and above for mathematics; and above 80 for Chinese, his weakest subject. But she had two words for him about his last target: “Not enough.”

Teenage children fall under the developmental stage of adolescence. Hence, in order to effectively parent and influence the behavior of children in this stage, it is essential to first understand the important and defining characteristics of adolescence. This video is a good introduction to help us understand that teenage children are in a stage of Identity vs Role confusion stage according to Erik Erikson's fifth developmental stage, where they are in search the for an identity and social acceptance. by jonquah Sep 25

In the first part of this video, Hank Green outlines psychologist Erik Erikson's Psychosocial Development Theory and how it applies to adolescents. Teenagers are in the Identity vs Role Confusion stage. This means that they are increasingly concerned with who they are, their likes, dislikes, and their place in society. Erikson believes that teenagers must be allowed to explore this stage and hopefully, come out of it with a sense of personal identity. by joshuawong001 Sep 24

Related:
Related:  How Reinforcement And Punishment Can Help Parents In Influencing The Behavior Of Teenage Children   -  A parent's guide to influencing your teens: Punishment & Reinforcement   -  Proposals and Presentations   -  Pearltree assigment 1