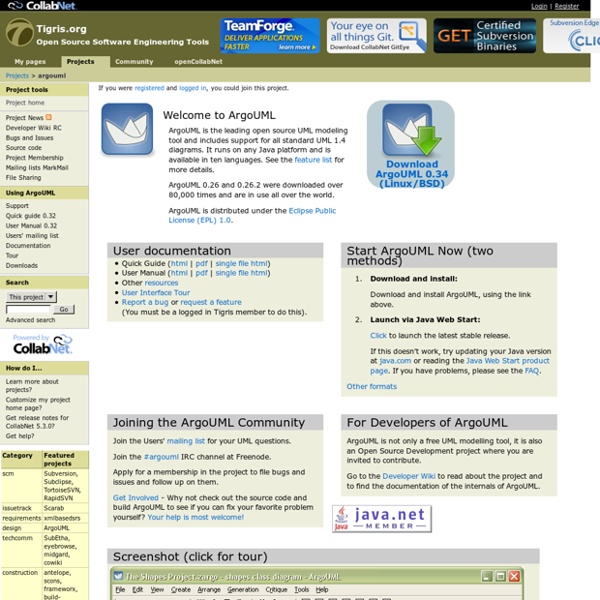 Procrastination hack: '(10+2)*5' Following on the idea of the procrastination dash and Jeff’s progressive dash, I’ve been experimenting with a squirelly new system to pound through my procrastinated to-do list. Brace yourself, because it is a bit more byzantine than is Merlin 2005’s newly stripped-down habit. It’s called (10+2)*5, and today it will save your ass. Who it’s for

LOTAR: LOTAR 3D CAD with PMI Goals and Objectives The 3D Mechanic Domain covers the definition of the physical shape of a component, the positioning of components within an assembly, and the information about shape, such as tolerances or surface finish, which constrains the results of a manufacturing process, but does not specify the process itself. The Domain also covers the ‘explicit representation’ which refers to the mathematical representation of the final result of the CAD model. From the designer's point of view, it corresponds to the 3D shape (points, curves, surfaces, solids etc.).

rsync For secure transfer, rsync can use SSH to encrypt data during the transfer using the "-e ssh" option. From the man page: "For remote transfers, a modern rsync uses ssh for its communications, but it may have been configured to use a different remote shell by default, such as rsh or remsh." Released under the GNU General Public License version 3, rsync is free software and is widely used.[6][7][8][9] History[edit] Introducing the Hipster PDA This article was originally posted during the first week of 43 Folders' existence, and, pound for pound, it remains one of the most popular page on the site. Please be sure to also visit related pages, browse our Hipster PDA topic area, plus, of course you can search on the Hipster PDA across our family of sites. Recently, I got sick of lugging my Palm V around, so I developed a vastly superior, greatly simplified device for capturing and sharing information.

Teknisk IT: Model-based systems engineering with SysML SysML is a light weight modelling language compared to UML. From document-oriented to model-based approach. A model-based approach requires modelling concepts and tools (an alternative to the document-oriented). Download Choose your operating system: TheBrain 8 for Mac OS X Mac OS 10.7+1 GHz Intel Processor, 1GB RAM, 100 MB available storage TheBrain 8 for Linux Works on many Linux/Unix variants. The Focused 50 Since my last post about the power of 48 minutes, I’ve been testing different combinations of focused work time. I’ve tried 40, 45, 48, and 50 minute intervals and they all work well for long projects. The main consideration is having a good work area, some kind of timer, and a beverage warmer for coffee or tea. Knowledge representation and reasoning Knowledge representation and reasoning (KR) is the field of artificial intelligence (AI) devoted to representing information about the world in a form that a computer system can utilize to solve complex tasks such as diagnosing a medical condition or having a dialog in a natural language. Knowledge representation incorporates findings from psychology about how humans solve problems and represent knowledge in order to design formalisms that will make complex systems easier to design and build. Knowledge representation and reasoning also incorporates findings from logic to automate various kinds of reasoning, such as the application of rules or the relations of sets and subsets. Examples of knowledge representation formalisms include semantic nets, Frames, Rules, and ontologies. Examples of automated reasoning engines include inference engines, theorem provers, and classifiers.

Timeboxing Timeboxing is a simple time management technique I use often. I first learned about it in software development terms. Let’s say you have a fixed deadline for a new product you need to release, such as an annual upgrade to software for calculating income taxes. Plant Models It can be challenging to derive a plant model that is of sufficient fidelity to be useful, capturing the non-linear effects and system dynamics that are important for control system design. In addition to the powerful Enginuity tool for engine controls development, SimuQuest has developed a number of other plant models (and corresponding algorithms). These plant and algorithm models, implemented in native Simulink, are commercially available and have saved clients a lot of valuable development time. SimuQuest plant models have been developed and validated against dynamic measurement data to achieve sufficient fidelity for comprehensive model-based design.

Time Boxing is an Effective Getting Things Done Strategy Given a task, there are essentially two ways we can approach it. Either, we can work as hard as we can until it is “done” or we can fix the amount of time we have available and do the “best” we can. The latter approach is known as “Time boxing“. Time boxing is a very simple technique we often use in software development. Agile Development Blog … no matter if it’s agile, Scrum, Kanban, SAFe, lean, XP or some mix of these methodologies. Project managers want to track progress in any software development project, small or large. Sometimes they want to track progress not only in one, but in many projects at a time, and they want to be able to do this fast and conveniently. A timeline is a a visual management tool that helps accomplish this.