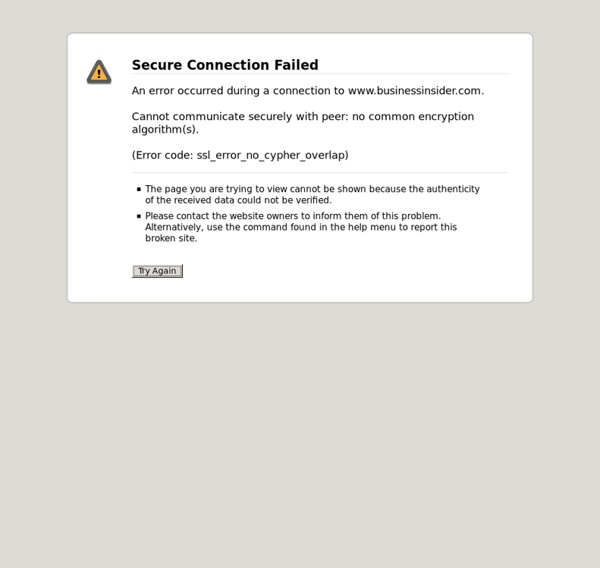 Nepotism Nepotism is based on favour granted to relatives in various fields, including business, politics, entertainment, sports, religion and other activities. The term originated with the assignment of nephews to important positions by Catholic popes and bishops. Trading parliamentary employment for favors is a modern-day example of nepotism. Criticism of nepotism, however, can be found in ancient Indian texts such as the Kural literature. Origins[edit] The term comes from the Italian word nepotismo,[1][2] which is based on the Latin word nepos meaning 'nephew'.[3] Since the Middle Ages and until the late 17th century, some Catholic popes and bishops, who had taken vows of chastity, and therefore usually had no legitimate offspring of their own, gave their nephews such positions of preference as were often accorded by fathers to son.[4] Paul III also engaged in nepotism, appointing, for instance, two nephews, aged 14 and 16, as cardinals. Types[edit] Political[edit] Organizational[edit]

Japanese Brazilians Japanese Brazilians (Japanese: 日系ブラジル人, Hepburn: Nikkei Burajiru-jin, Portuguese: nipo-brasileiros [ˌnipobɾaziˈlejɾus]) are Brazilian citizens who are nationals or naturals of Japanese ancestry, or Japanese immigrants living in Brazil.[7] The first Japanese immigrants arrived in Brazil in 1908. Brazil is home to the largest Japanese population outside Japan.[8] According to the IBGE, as of 2009 there were approximately 1.6 million people of Japanese descent in Brazil, and estimated at just under 1.5 million as of 2014.[1] Since the 1980s, a return migration has emerged of Japan Brazilians to Japan.[9] More recently, a trend of interracial marriage has taken hold among Brazilians of Japanese descent, with the racial intermarriage rate approximated at 50% and increasing.[1] History[edit] Background[edit] A poster used in Japan to attract immigrants to Brazil. Between the end of the 19th and early 20th centuries, coffee was the main export product of Brazil. First immigrants[edit] Numbers

Thai Chinese Thai of Chinese origin, often called Thai Chinese, consist of Thai people of full or partial Chinese ancestry – particularly Han Chinese. Thailand is home to the largest overseas Chinese community in the world[3][unreliable source?] with a population of approximately nine million people, accounting for 14 percent of the Thai population as of 2012.[citation needed] It is also the oldest, most prominent, and best integrated overseas Chinese community. The Thai Chinese have been deeply ingrained into all elements of Thai society over the past 200 years. Demographics[edit] Thailand has the largest overseas Chinese community in the world.[3][unreliable source?] Identity[edit] History[edit] Han Chinese traders, mostly from Fujian and Guangdong, began arriving in Ayutthaya by at least the 13th century. The early Chinese immigration consisted almost entirely of men who did not bring women. Culture[edit] Language[edit] Trade and industry[edit] Religion[edit] Dialect groups[edit] Teochew[edit]

North–South divide (England) The three Northern England government regions shown within England, without regional boundaries. Other cultural definitions of the North vary. In England, the term North–South divide refers to the cultural, economic, and social differences between: The status of the Midlands is often disputed; geographically, most areas of the Midlands are Northern.[clarification needed] A grouping of Central England based on UK EU parliamentary constituency boundaries combines the Midlands and East Anglia. Furthermore, many middle class/Upper middle class and affluent areas are located near Leeds and Manchester. When the commercial broadcaster Granada Television began transmission in 1956, it was primarily based in Manchester. Counterbalancing the image of the rich South/poor North divide are television programmes like Cold Feet, which feature Yuppie-esque, rich or upper-class Northerners, a deviation from the stereotypical North. North-South divide between the Provinces of Canterbury and York

Singapore-Cambridge GCE Ordinary Level Despite the engagement of an identical examination board as partnering authority, the Singapore-Cambridge GCE Ordinary Level examination have no relation to the British GCSE examinations, having de-linked since 2006 when the Singapore Ministry of Education (MOE) took over the management of the national examination. This is owing to the stark differences in the development of the respective education systems in the two countries.[2] Nevertheless, the qualification is recognised internationally as equivalent to the International General Certificate of Secondary Education (IGCSE), taken by international candidates including Singaporean students who take the exam as private candidates, as well as the General Certificate of Secondary Education (GCSE) examination taken by students in the United Kingdom.[3] Syllabus[edit] After the examination, standard papers (excluding the specified localised papers) are sent to Cambridge International Examinations (CIE) board (in Britain) for marking.

Why Are BMW Drivers Hated So Much In 2013, a study done by the Institute of Personality and Social Research at the University of California, Berkeley stated that “BMW drivers were the worst” when it came to following the traffic regulations. Although the research sample consisted of less than 500 motorists, the news did the round for a few days. Furthermore, a poll answered by 2,837 people in the U.K. concluded that the 35 to 40-year-olds driving a (blue) BMW were most prone to road rage. Type ‘BMW drivers are the worst’ on Google and you’ll get more than 900,000 results. BMW is known to produce arguably the best driver’s cars in the world. BMWs are fast, have excellent handling and offer great performance. That said, majority of the BMW owners are very sensible drivers. Of course, some newly rich men and spoiled teenagers drive their BMWs stupidly, but the truth is that every luxury automaker has those set of customers (who are actually just the minority). Driving a BMW doesn’t make you a bad driver.

Milo is Singaporeans' most-loved brand, survey finds, Companies & Markets News SINGAPORE - Milo is Singapore consumers' favourite brand, according to a survey from the marketing and promotional organisation Superbrands. The old-time chocolate and milk drink narrowly beat Singapore Airlines to bag the top spot, with Visa in third place. Golden Village was the only other home-grown brand that made the top 10. Making its appearance in the top 10 for the first time was ride-hailing app Grab which has burst into the scene in a relatively short period of time. For the survey, Superbrands identified over 500 of Singapore consumers' favourite brands across 107 consumer product and service categories by polling 1,500 people aged 18 to 54 years. They were then ranked according to the greatest number of consumers identifying it as their "favourite brand". The survey was conducted by third-party consumer research agency BDRC Asia so it would be independent from the Superbrands organisation itself.

Head bobble The head bobble, or Indian head shake refers to a common gesture found in South Asian cultures, most notably in India. The motion usually consists of a side-to-side tilting of the head in arcs along the coronal plane.[1] A form of nonverbal communication, it may mean "Yes", "Good", "OK" or "I understand", depending on the context.[2][3] In India the gesture is common in certain parts, especially in Maharashtra, South India.[4][5] In India, this particular headshake can also be acknowledgement or encouragement. See also[edit] References[edit] External links[edit]

Do Asian Women Have White Fever? | Video | Independent Lens Asian Female: Do Asian Women Have "White Fever"?Watch Seeking Asian Female on PBS Video through June 2, 2013When it comes to "yellow fever,” many argue it’s a two way street. In this webisode, Asian women confess reasons for preferring white men including that they’re “more confident, better looking.” Fresh off the boat In the sociology of ethnicity, this term can be seen as an indicator of a nature of diasporic communities, or communities that have left their country of origin and migrated, usually permanently, to another country. The term has also been adapted by immigrants themselves or others in their community who see the differentiation as a source of pride, where they have retained their culture and have not lost it to assimilation. In fact, instead of taking this harm-intended phrase as an insult, many immigrants and more specifically, East and South Asians (especially their American-born children) may use this term to describe their cultural background habits and fashion sense, for example "fobby clothing", "fobby glasses", "fobby accent", and others[citation needed]. In some instances, an "ethnic community" may find it difficult to assimilate with their new culture. In popular culture[edit] See also[edit] References[edit] Jump up ^ Goleman, Daniel.