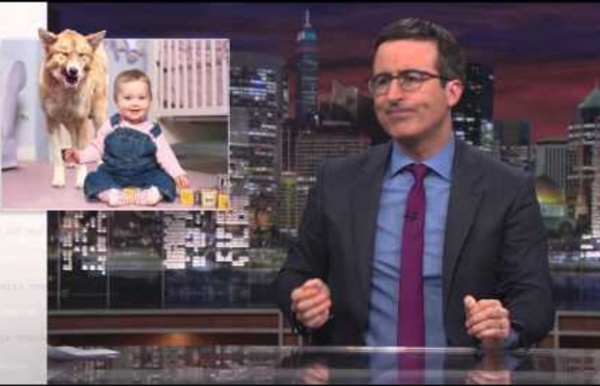 facebook_experiments_on_users_they_ve_got_more_in_store Photo illustration. Photo by Michael Dalder/Reuters. Facebook and two outside social scientists recently published a scientific paper in which they revealed that they had manipulated users’ news feeds to tweak their emotions. Since then, there has been a growing debate over the ethics and practice of Facebook experimenting on its users, as chronicled by Slate’s Katy Waldman. Everything We Know About Facebook's Secret Mood Manipulation Experiment - Robinson Meyer Updated, 09/08/14 Facebook’s News Feed—the main list of status updates, messages, and photos you see when you open Facebook on your computer or phone—is not a perfect mirror of the world. But few users expect that Facebook would change their News Feed in order to manipulate their emotional state. We now know that’s exactly what happened two years ago.

TMI: Your Mood on Facebook Can Affect Your Friends The Debbie Downers in your Facebook News Feed are messing with your mood. A team of social scientists from Cornell University, the University of California, San Francisco and Facebook released a study detailing how your emotions expressed in posts and status updates can actually "spread" to your friends. The team randomly selected 689,003 of Facebook's 1.3 billion total users, and manipulated their News Feeds. Anger Builds Over Facebook's Emotion-Manipulation Study A recently published study that manipulated Facebook News Feeds has sparked outrage among users who are criticizing the ethics behind the experiment, which was conducted by Facebook and several universities. Researchers tweaked the feeds of 689,003 users to show a disproportionate number of positive or negative statuses for one week in January 2012. They found that the emotions of others on your News Feed can affect your mood, and published the results in the journal PNAS (Proceedings of the National Academy of Sciences). However, the researchers did not inform users that they were manipulating News Feeds, and many questioned the study's ethics.

The eight types of AI you should know about Artificial intelligence (AI) is a broadly-used term, akin to the word manufacturing, which can cover the production of cars, cupcakes or computers. Its use as a blanket term disguises how important it is to be clear about AI’s purpose. Purpose impacts the choice of technology, how it is measured and the ethics of its application. At its root, AI is based on different meta-level purposes. As Bernard Marr comments in Forbes, there is a need to distinguish between “the ability to replicate or imitate human thought” that has driven much AI to more recent models which “use human reasoning as a model but not an end goal”. As the overall definition of AI can vary, so does its purpose at an applied level.

Experimental evidence of massive-scale emotional contagion through social networks Author Affiliations Edited by Susan T. Fiske, Princeton University, Princeton, NJ, and approved March 25, 2014 (received for review October 23, 2013) News feed: 'Emotional contagion' sweeps Facebook When it hasn't been your day – your week, your month, or even your year – it might be time to turn to Facebook friends for a little positive reinforcement. According to a new study by social scientists at Cornell, the University of California, San Francisco (UCSF), and Facebook, emotions can spread among users of online social networks. The researchers reduced the amount of either positive or negative stories that appeared in the news feed of 689,003 randomly selected Facebook users, and found that the so-called “emotional contagion” effect worked both ways. “People who had positive content experimentally reduced on their Facebook news feed, for one week, used more negative words in their status updates,” reports Jeff Hancock, professor of communication at Cornell’s College of Agriculture and Life Sciences and co-director of its Social Media Lab. “When news feed negativity was reduced, the opposite pattern occurred: Significantly more positive words were used in peoples’ status updates.”

A reminder about WikiLeaks “Just in time to spoil the celebration of the 40th anniversary of the publication of the Pentagon Papers, the Obama Justice Department is trying to do what Richard Nixon couldn’t: indict a media organization. . . . Charging Julian Assange with ‘conspiracy to commit espionage’ would effectively be setting a precedent with a charge that more accurately could be characterized as ‘conspiracy to commit journalism‘” — James Goodale, General Counsel of The New York Times during its Pentagon Papers fight with the Nixon administration, writing in The Daily Beast, June 12, 2011. When, many years ago, I first read about the Nixon administration’s infamous break-in to the office of Daniel Ellberg’s psychiatrist as a means to discredit the Pentagon Papers leak, I was baffled by the motivation. The Pentagon Papers revealed systematic lying on the part of the U.S.

Stratfor, WikiLeaks and the Obama administration's war against truth WikiLeaks founder Julian Assange attends a press conference in London, 27 February 2012, about the release of more than 5m emails from private intelligence firm Stratfor. Photograph: Kerim Okten/EPA WikiLeaks, the whistleblower website, has again published a massive trove of documents, this time from a private intelligence firm known as Stratfor. The source of the leak was the hacker group Anonymous, which took credit for obtaining more than 5m emails from Stratfor's servers. Anonymous obtained the material on 24 December 2011, and provided it to WikiLeaks, which, in turn, partnered with 25 media organizations globally to analyze the emails and publish them. Among the emails was a short one-liner that suggested the US government has produced, through a secret grand jury, a sealed indictment against WikiLeaks founder Julian Assange.

Cable Reveals Extent Of Lapdoggery From Swedish Govt On Copyright Monopoly Among the treasure troves of recently released WikiLeaks cables, we find one whose significance has bypassed Swedish media. In short: every law proposal, every ordinance, and every governmental report hostile to the net, youth, and civil liberties here in Sweden in recent years have been commissioned by the US government and industry interests. I can understand that the significance has been missed, because it takes a whole lot of knowledge in this domain to recognize the topics discussed. When you do, however, you realize that the cable lists orders for the Swedish Government to implement a series of measures that significantly weakens Sweden’s competitive advantage in the IT field against the US. We had concluded this was the case, but had believed things had come from a large number of different sources. That was wrong.

#BlackoutSOPA: How 87,000 People Taught Us About The Future of Online Activism [Editor’s Note: The Stop Online Piracy Act, the House bill that wants to give content holders vast new powers to block web sites in the name of copyright protection, has been delayed despite an extensive lobbying campaign. The reason was widespread online opposition. Hunter Walk, co-creator of #BlackoutSOPA, explains in the article below how his site was able to help rally web users to the cause -- and hit upon the new reality of activism in the process.] At 1pm on Monday January 9th, Greg Hochmuth and I launched #BlackoutSOPA, a site that lets you alter your Twitter profile pic to display SOPA opposition. 15 minutes later the site went down due to more traffic than we expected. That demand was just the beginning.

The Internet Spoke and, Finally, Congress Listened! The misguided proponents of the disastrous Internet blacklist bills have blinked. Today, Senator Harry Reid announced he would postpone a cloture vote on PIPA scheduled for next Tuesday, which means, as a practical matter, that the bill is dead for now. Shortly after that announcement, Representative Lamar Smith issued a statement conceding PIPA's evil House stepsister, the Stop Online Piracy Act (SOPA), also wasn't ready for prime time. This is great news, and it is a direct result of this week's mass protests. Together, we reminded the U.S. Congress who it works for. What I Wish Wikipedia and Others Were Saying About SOPA/PIPA The SOPA/PIPA blackout today by Wikipedia, Mozilla, WordPress.com and many other sites is (I hope) drawing attention to proposed legislation that is considered a threat to "Internet freedom." That's fine, admirable, and (with any luck) will be effective at curbing SOPA/PIPA for at least another legislative season. The backgrounders I've read so far by Wikipedia and others explain pretty well why SOPA/PIPA shouldn't pass. What they don't say is that SOPA/PIPA are business as usual, and the protest is a last-ditch effort necessary because the legislative system and mainstream media are fundamentally broken. The blackout and other protests today are the result of a long, sustained, full-court press against legislation that's being pushed through despite widespread opposition. Yet, Lamar Smith and many other members of the U.S.