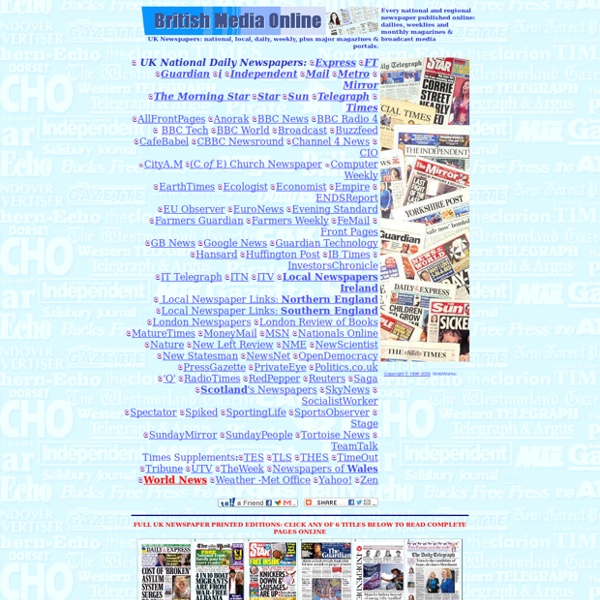 Related:  MEDIA AND THE PRESS

The far right is losing its ability to speak freely online. Should the left defend it? | Technology Matthew Prince had the power to kill the white supremacist hate site the Daily Stormer for years, but he didn’t choose to pull the trigger until 16 August. That’s when the chief executive of website security company Cloudflare “woke up … in a bad mood and decided to kick them off the Internet”, as he told his employees in an internal email. Without Cloudflare’s protection, the Daily Stormer was forced to retreat to the darknet, where it is inaccessible to the majority of internet users. Cloudflare is just one of many internet companies that cleaned house amid a wave of public outrage following a deadly white supremacist rally in Charlottesville. Critics charge that technology platforms have enabled a disparate network of racist extremists to seek one another out, raise funds, and plan and execute such rallies. “I am deeply uncomfortable with the decision we made,” Prince said in an interview. “Historically, the place you went to exercise your speech rights was the public square.

Google Critic Ousted From Think Tank Funded by the Tech Giant - The New York Times Ms. Slaughter told Mr. Lynn that “the time has come for Open Markets and New America to part ways,” according to an email from Ms. Slaughter to Mr. While she asserted in the email, which was reviewed by The New York Times, that the decision was “in no way based on the content of your work,” Ms. Mr. “Google is very aggressive in throwing its money around Washington and Brussels, and then pulling the strings,” Mr. Google rejected any suggestion that it played a role in New America’s split with Open Markets. New America’s executive vice president, Tyra Mariani, said it was “a mutual decision for Barry to spin out his Open Markets program,” and that the move was not in any way influenced by Google or Mr. “New America financial supporters have no influence or control over the research design, methodology, analysis or findings of New America research projects, nor do they have influence or control over the content of educational programs and communications efforts,” Ms. Ms. Ms. Mr.

Teaching materials: using newspapers in the classroom 1 By Lindsay Clandfield and Duncan Foord This article comes from the onestopenglish archive but ties in with this month's Guardian Weekly promotion. Advice and suggestions on using newspapers in the English classroom. Introduction Ask any new ESL/EFL teacher (or, for that matter, a seasoned teacher) what comes to mind as an authentic reading activity for their learners and almost certainly one of the first things they will say is “using a newspaper”. There has been much use and abuse of newspapers in the ELT profession. This article takes a fresh look at newspapers and suggests what to do, and what to perhaps AVOID doing. Why do so many teachers like using newspapers? So what do teachers do with newspapers? It can be extremely time-consuming for teachers It is not necessarily interesting for learners If you are going to use a newspaper, the task itself should be authentic wherever possible, not merely the material. Newspaper DOs and DON’TsDo... Don’t... Writing activities 1. 2. 3. 4. 1. 2.

Teachers wearing body cameras to control students' behaviour in new trial Publishing the Pentagon Papers In this era of fake news, Stephen Spielberg’s latest film looks back at the true story of the Pentagon Papers. Publishing news of this leaked government report put investigative journalists and newspaper publishers at real risk of prosecution. And yet, against the odds, they went ahead and set the scene for the Watergate scandal. The Post tells the story of the “Pentagon Papers” – a leaked top-secret government report entitled “History of U.S. Decision-making in Vietnam, 1945-66”. The New York Times obtained the leaked 7,000-page report and after failing to interest Congress members in its contents, set up a secret team of journalists in a hotel for three months to comb through the report to find and verify stories. Publish and be Damned? And yet… telling the story meant standing up for the thousands and thousands of lives that had been sacrificed in Vietnam. Their Day in Court Graham gave the go-ahead to publish and The Post was duly added to the Times legal action. Copyright(s) :

Related:
Related:  MEDIA AND THE PRESS