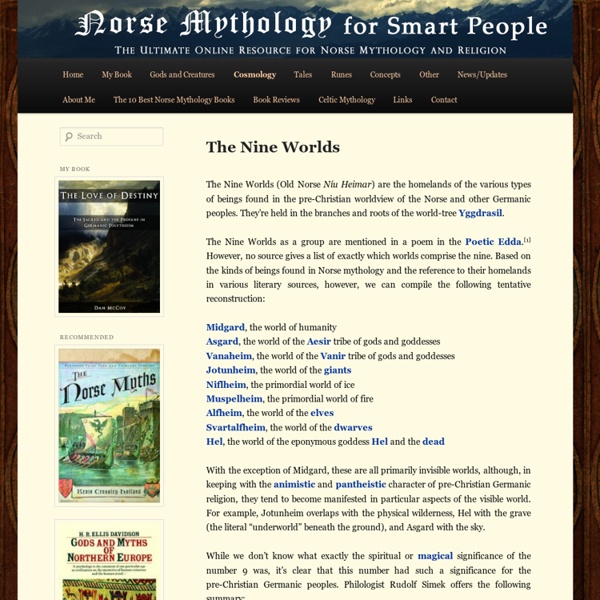 Temenos Temenos. Nordic Journal of Comparative Religion is published by the Finnish Society for the Study of Religion. The journal was founded in 1965 as a joint publication with the learned societies of Comparative Religion in Denmark, Finland, Norway and Sweden to promote the research and communication of ideas between scholars. Temenos publishes scholarly articles, academic discussions, conference reports and book reviews within the field of the study of religion and culture. Temenos is an open access journal, and issues are published online one year after the publication of the paper version.

The Viking-age Fylki (Petty kingdoms) of Norway Important! This is the “de jure” regions so to say. A petty king might have power in 2 or 3 of them, or they might be divided in various ways. The fylki are mostly a kind of administrative grouping, and they survived into the time of medieval Norway and beyond. The fylki had in the beginning mostly a þing each, but some went for further cooperation made bigger multi-fylki þings, which I have tried to represent here. Golem Prague reproduction of Golem In Jewish folklore, a golem (/ˈɡoʊləm/ GOH-ləm; Hebrew: גולם‎) is an animated anthropomorphic being, created entirely from inanimate matter. The word was used to mean an amorphous, unformed material (usually out of stone and clay) in Psalms and medieval writing.[1]

Shinto: Japan’s Oldest Religion Shinto is the indigenous faith of the Japanese people and it is as old as Japan itself. Today it remains Japan’s major religion alongside Buddhism and Christianity. Most people who have any interest in Japanese culture are aware of this, but how many people actually know the intricacies that make up Shinto and its beliefs? In this post I hope to convey a bit more on what Shinto is all about and where the beliefs came from and what makes it what it is today.

You Can’t Keep a Dead Man Down: Draugar in Lore and Life Originally published in Idunna #70, Yule, 2006. A PDF version of this article is available. –by Lorrie Wood Ragnhild stood on the moon-drenched battlefield, her tunic smeared with the black blood-sap of the day’s grim harvest. Norse Mythology “Frigga Spinning the Clouds” by John Charles Dollman (1909) Frigg (pronounced “FRIG;” Old Norse Frigg, “Beloved”[1]), sometimes Anglicized as “Frigga,” is the highest-ranking of the Aesir goddesses. She’s the wife of Odin, the chief of the gods, and the mother of Baldur. Strangely for a goddess of her high position, the surviving primary sources on Norse mythology give only sparse and casual accounts of anything related to her personality, deeds, or other attributes.

Plato's Symposium The Symposium is one of the foundational documents of Western culture and arguably the most profound analysis and celebration of love in the history of philosophy. It is also the most lavishly literary of Plato's dialogues--a virtuoso prose performance in which the author, like a playful maestro, shows off an entire repertoire of characters, ideas, contrasting viewpoints, and iridescent styles. History and Background The Norse God Family Tree – Veritable Hokum HOLIDAY DEADLINES:According to the print shop I’m using to print and ship these, these are the last days I can guarantee things will be in your hands before the holidays:United States: December 8Canada: December 4Europe/Asia/Pacific/Australia/New Zealand/Carribean: November 24Africa/Central & South America/Middle East: November 16 I should mention that this (along with basically all of our info on Norse mythology) is based on the comprehensive-but-questionable work of a 13th century Icelander named Snorri Sturluson. In general, I went with the English versions of their names (as opposed to Old Norse, which would have looked so different in some cases that I figured no one would be able to read it). These prints are super high-quality - bright colors, matte finish, and paper so thick it makes a noise when you hit things with it (although I wouldn't try it unless you like your posters bent).

Berserker Berserkers (or berserks) were Norse warriors who are primarily reported in the Old Norse literature to have fought in a nearly uncontrollable, trance-like fury, a characteristic which later gave rise to the English word berserk. Berserkers are attested to in numerous Old Norse sources. Most historians believe that berserkers worked themselves into a rage before battle, but some think that they might have consumed drugged foods. The Úlfhéðnar (singular Úlfheðinn), another term associated with berserkers, mentioned in the Vatnsdœla saga, Haraldskvæði and the Völsunga saga, were said to wear the pelt of a wolf when they entered battle.[1] Úlfhéðnar are sometimes described as Odin's special warriors: "[Odin’s] men went without their mailcoats and were mad as hounds or wolves, bit their shields...they slew men, but neither fire nor iron had effect upon them.