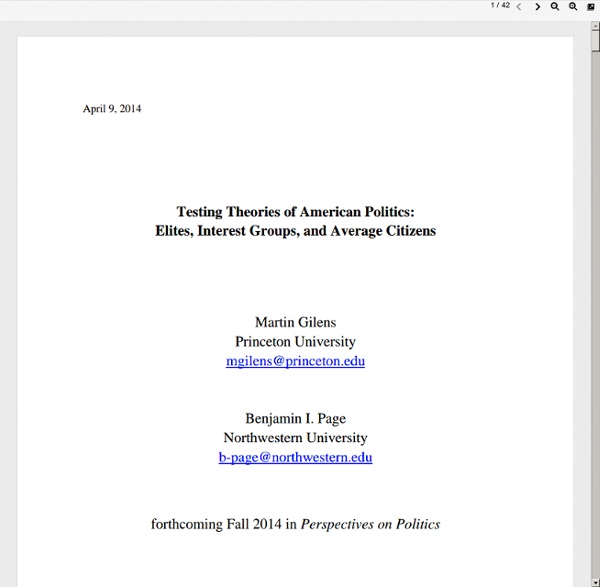 Builder Sir Robert McAlpine denies keeping blacklist | Business | The Observer The construction company Sir Robert McAlpine has admitted to a high court judge before a hearing this week that a database of names and information held on workers over decades helped it "keep an eye" on individuals, but it denies that the data amounted to an employment blacklist. The firm, which along with others allegedly used the store of information to keep 3,300 workers out of the industry, says that where negative information was held, it was merely used to help the company keep an eye out for future dangerous or unlawful activity. Defence papers filed by the company before the start on Friday of a high court case between it and the alleged victims, admit that the records on file at the Consulting Association – the organisation which held the list on behalf of construction firms – breached the Data Protection Act. Last week, three years after the blacklist was exposed, the ICO began notifying a further 1,200 potential victims that their details were on the alleged blacklist.

5 Tiny Common Sense Changes That Would Save the World #2. A Ban on Pharmaceutical Ads Pfizer Considering that most people are unable to tell the difference between their pancreas and their liver, you would figure that the decision of what drugs to give a person would be best left to someone who has spent the better part of a decade learning about the human body. mj0007/iStock/Getty Images "I'll give you my boner pills when you pry them from my hot, sticky hands!" If you live in the US, then you have seen firsthand that pharmaceutical companies disagree, electing to let the market decide what is and is not the best drug out there -- thus the invention of Direct to Consumer Advertising (DTCA). The sheer power of marketing means that doctors, frequently less charismatic than Don Draper, are under pressure to prescribe the drugs that patients (sorry, "consumers") demand, rather than those which medical professionals recommend. The Seemingly Obvious Solution: Consider banning DTCA, like the rest of Earth. #1.

Princeton Concludes What Kind of Government America Really Has, and It's Not a Democracy The news: A new scientific study from Princeton researchers Martin Gilens and Benjamin I. Page has finally put some science behind the recently popular argument that the United States isn't a democracy any more. And they've found that in fact, America is basically an oligarchy. An oligarchy is a system where power is effectively wielded by a small number of individuals defined by their status called oligarchs. For their study, Gilens and Page compiled data from roughly 1,800 different policy initiatives in the years between 1981 and 2002. It's beyond alarming. That might explain why mandatory background checks on gun sales supported by 83% to 91% of Americans aren't in place, or why Congress has taken no action on greenhouse gas emissions even when such legislation is supported by the vast majority of citizens. This problem has been steadily escalating for four decades. What kind of oligarchy? "But we tend to doubt it." Tom McKay

Police are linked to blacklist of construction workers | Technology | The Observer The police or security services supplied information to a blacklist funded by the country's major construction firms that has kept thousands of people out of work over the past three decades. The Information Commissioner's Office (ICO) has revealed that records that could only have come from the police or MI5 have been discovered in a vast database of files held on 3,200 victims who were deemed leftwing or troublesome. The files were collected by the Consulting Association, a clandestine organisation funded by major names in the construction industry. Its database was seized nearly three years ago, but the extraordinary nature of the information held has only now emerged, following an employment tribunal for one of the victims, Dave Smith, a 46-year-old engineer who had a 36-page file against his name and was victimised repeatedly for highlighting safety hazards on sites, including the presence of asbestos.

Henry A. Giroux | Beyond Orwellian Nightmares and Neoliberal Authoritarianism (Image: Jared Rodriguez / Truthout)Those who fight against neoliberalism must not settle for reforming a system that is as broken as it is dangerous. Any viable, transformative struggle will need a boldly democratic vision; durable, longstanding organizations and strategies that make politics meaningful. To be corrupted by totalitarianism, one does not have to live in a totalitarian country.- George Orwell Central to George Orwell's nightmarish vision of a totalitarian society was a government so powerful that it not only dominated all of the major institutions in a society, but it also was quite adept at making invisible its inner workings of power. To read more articles by Henry A. The American Deep State, or what Colonel Fletcher Prouty called the Secret Team, is a structural layer of political intermediaries: non-governmental organizations (e.g. In addition, the left has to do more than chart out the mechanisms through which neoliberal authoritarianism sustains itself.

What Shrinking Newsrooms Mean In The Age Of The Koch Brothers And Billionaire Donors Back during the not-so-distant glory days of New Jersey's Star-Ledger reign as a regional newspaper powerhouse, the Newark, New Jersey newsroom in the 2000's was bursting with 350 journalists who covered the entire state and pocketed Pulitzers for their coverage of local politicians. Back when Tony Soprano made Jersey mob cool, each week during the show's opening the fictional wise guy paid homage to the daily by sauntering down his driveway to retrieve the Star-Ledger. That's now all a memory. Last week, the Star-Ledger's owner announced massive layoffs at the newspaper as part of a larger effort at consolidation. Today, entire sections of the Newark newsroom sit empty; a newsroom that has shed an astonishing 240 jobs since 2008, or two-thirds of its former staff. All this, at a time when the Star-Ledger's detailed, hometown coverage of the unraveling scandals involving Gov. "We are going to consolidate ourselves right out of a democracy," quipped one New Jersey journalist last week.

An Open Letter to the International Community in BH An open letter to the international community in Bosnia and Herzegovina, signed by 130 academics and scholars from around the world. For more than two decades, the international political community has viewed, interpreted, and acted upon the political landscape in Bosnia and Herzegovina almost exclusively through an ethnic lens – despite careful academic scholarship, which consistently warned against such over-simplifications and dangerous pandering to local ethno-nationalist elites. The war, and the peace that has ensued, both overseen (“aided and abetted,” to use the ICTY language) by international observers, have only emboldened the local ethno-nationalist partitocracy in Bosnia and Herzegovina, which – shielded by fears of new wars and new violence – proceeded to enrich itself in the country with the official youth unemployment rate of 57 percent. The first few days of protests were marred by violence, police repression, but also sustained media and political spin. Signatures:

A Federal Budget Crisis Months in the Planning Out of that session, held one morning in a location the members insist on keeping secret, came a little-noticed “blueprint to defunding Obamacare,” signed by Mr. Meese and leaders of more than three dozen conservative groups. It articulated a take-no-prisoners legislative strategy that had long percolated in conservative circles: that Republicans could derail the health care overhaul if conservative lawmakers were willing to push fellow Republicans — including their cautious leaders — into cutting off financing for the entire federal government. “We felt very strongly at the start of this year that the House needed to use the power of the purse,” said one coalition member, Michael A. Last week the country witnessed the fallout from that strategy: a standoff that has shuttered much of the federal bureaucracy and unsettled the nation. To many Americans, the shutdown came out of nowhere. One sample Twitter offering — “Obamacare is a train wreck” — is a common refrain for Speaker John A. Mr.

Looks like the Kochs want to piss away millions again, just like they did in 2012 David Nir wrote earlier about the millions of dollars the Kochs have wasted in Michigan this cycle: Remarkably, despite all that heavy ad spending (and Obamacare lies exposed as b.s.) from Americans for Prosperity, [Democratic Senate candidate Gary] Peters' favorables have barely budged, from 21-22 late last year to 26-27 now. As of the end of March, AFP had spent just over $2 million attacking Peters, and they just announced another $1.5 million buy. Given that the first $2 million bought them absolutely zero advantage in Peters' favor abilities (from a minus one to minus one), do they really think that hammering the same ineffective message will bear better results? But a better example is Ohio's 2012 Senate election. [B]y the time Election Day rolled around, Brown had faced a crazy $40 million spent against him: $31 million on the air, $2 million in polling, $7 million in direct mail, and staff, billboards, and other expenses. What about the head-to-head?