Stuff You Missed in History Class 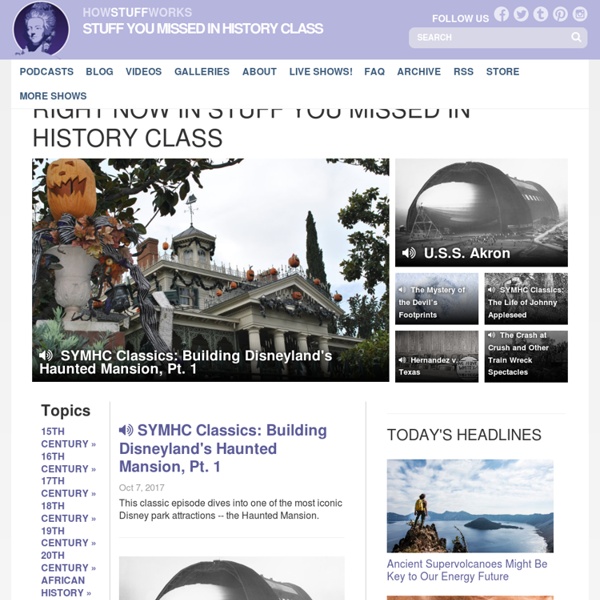 Douglas Coupland is 'everywhere is anywhere is anything is everything' Douglas Coupland:everywhere is anywhere is anything is everything art exhibition at the Vancouver Art Gallery on August 10, 2014. Enigmatic local author/artist Douglas Coupland has taken over VAG's first floor for the summer until September 1st. Full of his trademark modern pop art aesthetic and style, the colourful multimedia exhibit is visual feast for the eyes and brain, showcasing Coupland's prolific and eclectic collection of work. It's an endless exploration of cultural identity through popular culture, utopian optimism, and the prevalence of technology. (Brilliant Information Overload / Electric Laser Goo / Liquid Video Game / Supersonic Mustang Pizza Pop Head, 2010, above.)

THE BURNING MAN PICTURES YOU HAVEN'T SEEN YET Thought you'd already found your favourite photo from Burning Man 2014? You thought wrong. We went into the desert with our office camera so we could put them into a beautiful collection for you. You can just call us the National Geographic of electronic music. [Photos: Polyanna Saville, Victoria Aldanova] 30 Classy Tattooed People Who Show That Body Art Doesn't Make You Look Unprofessional Many employers turn down potential employees the moment they see that they have visible tattoos. These classy, well-dressed people prove that gangsters and thugs aren't the only ones with designs on their skin. Share78371People Sharing Hopefully, more and more companies will begin to see tattoos for what they really are: an artistic expression of who we are on the inside.

First Turntable Buying Guide Editor’s note: This is a guest post from Cameron Schaefer. So, you’ve decided to get into vinyl. Perhaps the story I shared last month about my own journey into record collecting piqued your interest. Maybe you inherited a great collection from a family member or got inspired by the collection of a friend. No matter what your path was to get here, the first hurdle most people must clear is that of buying a turntable.

The Weird Science of Naming New Products Photo The announcement came in November with two names attached: one famous, one not, or at least not yet. The famous name was Paul McCartney. Anyone who wanted to try a virtual-reality experience starring the former Beatle — replicating the sensation of standing center stage with him as he sang “Live and Let Die” to 70,000 screaming fans — had only to download a special video file, put the file into an app for their Android phone and slip the phone into a cardboard headset designed by Google. The not-yet-famous name was of the virtual-reality production process that created this experience. Reviewers said it was “mind-­blowingly cool” and an “exciting preview of the future,” but it was also so novel that it had been hard to think of a word to label it.

Bryan Stevenson: We need to talk about an injustice Well this is a really extraordinary honor for me.I spend most of my timein jails, in prisons, on death row.I spend most of my time in very low-income communitiesin the projects and places where there's a great deal of hopelessness.And being here at TEDand seeing the stimulation, hearing it,has been very, very energizing to me.And one of the things that's emerged in my short time hereis that TED has an identity.And you can actually say things herethat have impacts around the world.And sometimes when it comes through TED,it has meaning and powerthat it doesn't have when it doesn't. And my grandmother was tough, but she was also loving.When I would see her as a little boy,she'd come up to me and she'd give me these hugs.And she'd squeeze me so tight I could barely breatheand then she'd let me go.And an hour or two later, if I saw her,she'd come over to me and she'd say, "Bryan, do you still feel me hugging you?" And then she said, "I just need you to promise me three things, Bryan."

Vivid Photos from Spain's 25th Colorful 'Human Tower' Competition The Tarragona Castells may be the most fascinating team sporting event in the world. The tradition of building human towers or "castells" in Spain dates back to the 18th century. According to the Associated Press, the tradition normally takes place during festivals in Catalonia, where "colles," color-coded team with precise techniques — compete to build the tallest and most complicated towers. In 2010, 'castells' were declared one of humanity's Masterpieces of the Oral and Intangible Heritage of Humanity by UNESCO. "The structure of the 'castells' varies depending on their complexity," writes Associated Press photojournalist Emilio Morenatti, who traveled to the 25th Human Tower Competition in Tarragona, Spain. "A castell is considered completely successful when it is loaded and unloaded without falling apart."

JK Rowling's life advice: ten quotes on the lessons of failure JK Rowling has some inspirational advice for graduating students – or for anyone in this universe, really. Her new book, Very Good Lives: The Fringe Benefits of Failure and the Importance of Imagination, out on 14 April, is her 2008 commencement speech at Harvard University, published by Little, Brown. Proceeds from sales will be donated to Lumos, a charity for disadvantaged children founded by Rowling, and to a financial aid programme at Harvard. 10 of The Greatest Movie Endings of All Time [MAJOR SPOILERS] It was tough to ween down to only 10 because there are truly hundreds of incredible movie endings out there; so I will definitely have to make more lists! But for now I'm going to discuss 10 film endings that made me shake my head in disbelief of how good they are. There will be a lot of ambiguous ones here but more often than not, they're some of the best! I'm going to have the names of the films visible and a link to the videos but any info will be given a spoiler cover in case you haven't seen the film and catch a glimpse of important stuff! I'm gonna be brief in explaining how the ending is coming together and I'll explain why I love it but I'll let the videos themselves do a lot of the talkin'! Anyhow, enjoy this list!

Indie Underground Songs will be added / subtracted between now and the end of 2014. You may notice some songs on the list that were released as singles in 2013, but were included on a 2014 album release. Songs are listed in alphabetical order. Don’t see a song that you think that should be included in this list? Hipsters Are Now Wearing Flower Crowns In Their Beards. Seriously. (Photos) World• Lauren Martin • Women love flowers. Women love beards. So what woman wouldn’t love a beard of flowers? Hopping on, or imitating (one can never tell these days) the trend of flower crowns, men have taken up flower beards.