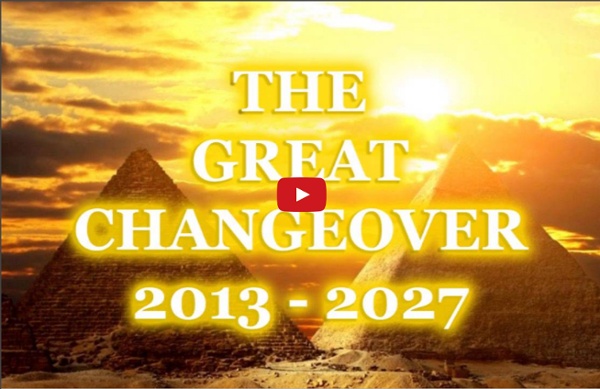 The Fifth Perspective: Transcending Space and Time A Hathor Planetary Message through Tom Kenyon Entering into higher dimensions of consciousness requires a fundamental shift in perceived time and space. This is a crucial shift in perception that we wish to address using a theoretical perspective and a practical technique, which includes the use of a sound meditation we have created for this purpose. The Theory There are many ways to view higher dimensions. Your embodied biological reality (i.e., your physical body) is anchored in the third and fourth dimensions of consciousness as we view it. You are quite familiar with the third dimensionality of your world. Your higher dimensional levels of consciousness, however, are not bound by these constraints. Time is greatly affected by gravitational fields. Pragmatically speaking, your experience of “reality” is a result of the vibratory level you identify with. When you identify solely with your biological reality you are, for all intents and purposes, trapped in space and time. The Meditation

8 Shifts of Enlightenment If we could do something magical in this place, it would be to imbue into you what I feel, for I am Kryon. I represent a very, very large group. I represent the trillions of pieces of God who know you. I am in many places. I am a multiple entity, outside of what you would call your dimensionality. Perhaps you’re here for the first time [or reading for the first time]? You are of the family of Spirit, and you all have this in common. We’re going to do something in these two days that we have not done before. Now listen to me. On this day we are going to give you four of the shifts, and the final four will be given tomorrow. THE FIRST SHIFT that a Human Being makes is curiosity about awareness. several of you, since it’s your chance for greater awareness through the synchronicity of your being here. This weekend can be special for you. This message is not inappropriate. However, that’s going to be enough. “All right, Kryon, how do I do that?” This is difficult to explain. Part 2

Council of Nine: Divine by Nature | Blue Dragon Journal “Snowy Summit”, acrylic on canvas, 16″ x 20″, Eliza Ayres, 2015. Council of Nine: Divine by Nature We are the Council of Nine, one of many councils involved in the evolution and transition of planet Earth. Today, you enter another new phase. The subtle energies of stars and planets has moved into another set of signs. These cycles continue often beyond your awareness, influencing your life. There is so much for you to re-learn about your world. Now your world is going through another huge transition, from one paradigm to another. What has once been hidden from the world, is now being revealed. Even as your world goes through its unveiling process, each individual is undergoing the same process. There are those on your world who carry within their beings extraterrestrial DNA markers. Your bodies are electromagnetic in nature. Your DNA is largely misunderstood by science. Most of your DNA appears to be off-line and has been described as “junk” by confused scientists. That time is upon you.

The Arcturians via Suzanne Lie: Morning Message – Returning To Your Multidimensional SELF Morning Message from the Arcturians – Returning To Your Multidimensional SELF. Channelled by Suzanne Lie, July 27, 2014. | Thanks to Golden Age of Gaia. We are in the process of shifting our reality. Hence, as the third/fourth dimension releases itself from the shackles of “a reality based on illusion” and shifts into the fifth dimension the Light of “Cosmic Truth,” all the dimensions above the fifth also shift into their higher dimensional expression. In order to make this shift there is a release, a letting go, of what has been your predominant expression of Self. You will find that, just as it once took effort to consciously experience your fifth dimension Lightbody, it will become increasingly difficult to consciously experience your third/fourth dimensional physical body. However, this trance-like state is beginning to feel so natural that you will not want to leave it. From the perspective of your Earth vessel you only have “either/or” choices.

The Andromeda Key : The Starseed Transmissions 2015 ~ Celia Fenn @ Starchild Global | Pauline Battell – Star Seed – Lightarian (TM) Rays Master-Practitioner – Reiki Kundalini Master-teacher – Spiritual Channeller – Lightworker The predominant frequency of Andromeda is the Gold Light,and the Light Codes activate the creation of Beauty and Harmony through Art, Music, Dance, Poetry, Architecture and Creative Writing. The primary Andromeda Star Gate on Earth is located in the Aegean Sea area, between Greece and Turkey. It was reactivated and aligned with the New Earth grids in 2013 to provide the “Andromeda Key” or Light Codes for the experience of intense Joy and Creation with the Golden Light. This newly aligned Star Gate is receiving and transmitting these frequencies into the Earth grids, where they can be received and integrated by those whose Light Bodies are resonant with the Golden Light. The Andromeda Transmissions As these Light Codes are received on the Earth and integrated into the Higher Consciousness levels, they will assist you in the manifestation of the New Earth. The Andromedan Energy reflects the Divine Masculine in its structures of order, harmony and beauty. Starseed Activation : Andromeda

Saint Germain: Ascension is YOU Méline: I was writing about Ascension a few days ago from my I AM Presence perspective when after a few lines I felt my Masculine Self coming through. And so Saint Germain has spoken. Greetings my dear friends, Please do know that Ascension is not an event that is happening on a certain day or a specific date, like for example a birthday party that is taking place on a certain date and that if you are too late on this party that you cannot participate in its joy of the moment, or that if it is even possible to be too late for it. Ascension is not an event that can be postponed or something that could not go through, for it is an ongoing process that takes place every single day, every single second of your existence.

Pleiadians - A Thorough Explanation 500 light years from planet Earth is a small cluster of seven stars located in the' Constellation of Taurus of the Bull' known as Pleiades. The cluster is actually the eye of the bull in the constellation of Taurus. According to ancient legends, the stars are said to be the daughters and sisters of Atlas. Only six of the 100 stars can be seen with the human eye. The inhabitants of Pleiades, known as Pleiadian's, are a highly evolved humanoid race and the next step in our evolution. Pleiadians have kept a record of the complete history of Earth's human evolution from the very beginning to our present time. Nobel Prize winning Scientists Dr. Francis Crick and partner, James Watson, startled the academic world in 1953 when they deciphered the structure of the DNA molecule. Dr. Dr. Dr. Exo-scientists claim that the Pleiadian's are our far distant first cousins and ancestral forbearers of some of our races. Exo-scientists indicate that Pleiades life span exceeds human beings on Earth. Dr.

The 33 Stargate Portals of Light ~ September 2014 - The Melchizedek and PleiadianThe Melchizedek and Pleiadian The Elders Transmission ~ September 2014 Mp3 download www.pleiadianlight.net/free-downloads Welcome, sweet ones. It gives us great pleasure to be with you in this Now, and particularly in this month of September as you experience the Equinox on the 22nd and 23rd of September, and, sweet ones, a deepening sense of these beautiful Rays of Creation, and in particular this fourteenth ray of Interstellar Service, this beautiful silver flame of Illumination Overlighted by the Pleiadian Emissaries of the Light, that takes you ever deeper along the Pathways of Divine Love into a greater sense of your service work; into a deepening sense of your soul and star family and friends of the Light, feeling the support from the many Legions of Light from On High, and your Beloved I AM Presence as you experience life through your Master Eyes, with wisdom, insight, illumination and understanding. And you find yourselves now, sweet ones, surrounded in this beautiful diamond Flame of Transcendence.

The Sirian Revelations - Channeled Teachings for the Awakening of Earth The Arcturians via Suzanne Lie: The Stairway of Unity Consciousness Message from the Arcturians The Stairway of Unity Consciousness We are always ready to communicate, commune with you. One of the most difficult adjustments to your fifth dimensional SELF will be the release of the illusion of time. Therefore, we request that you connect deeply with Gaia. Once in the NOW, which is a fifth dimensional and beyond, state of consciousness, you will begin to remember your galactic and celestial consciousness, and thus your galactic and celestial memories. All of you chose to send a fragment of the essence of your galactic and/or celestial consciousness, genetic coding, and thus, memory into the higher consciousness of your earth vessel. Some of you are predominantly representing the Angelic Kingdom and others are predominantly representing the Galactic Federation. You are building your “stairway of unity consciousness” by: The order of these expressions of unity is not important, as “order” is a third dimensional term. Related

A Wakeup Call - Starseeds The term starseeds has its roots in Native American beliefs that the early inhabitants of this planet were genetic creations by visitors from other planetary systems. Many believe these people come from the Pleiades star system, although others believe the Pleiadians are just one of many star groups that have seeded this planet. The awakening and activation of these starseeds is set for a specific time and purpose, relative to the evolution of this planet, which has been likened to a grand enlightenment, a graduation into a higher awareness, for the planet and its peoples. Fiirst, to understand the concept of starseeds awakening and activation, one needs to have a clear understanding of reincarnation and also time and space. Pleiadian, Arcturian and Sirian Star People Many souls have incarnated time and again on this planet Earth, but others have not. All starseeds share similar traits in that they don't feel at home here on this planet. Starseeds incarnate here for different reasons.

Council of Angels and Pleiadian Council via Goldenlight ~ The Global Reset of all Systems in preparation for the Golden Age on Earth, reposted 4-4-14 | Goldenlight ~ The Golden Light Channel: Higher Frequency Information from the Angelic Realms for the Go Channeled by Goldenlight, thegoldenlightchannel.com. © The Golden Light Channel. Please include this copyright and credit at top without alteration when re-posting this message. This message was originally channeled in the summer of 2013….it is still very applicable as all the higher dimensional messages I bring in are brought in from a place of being outside of time looking in. When I first began to bring in messages about global prosperity and the global currency reset, I had no idea when it was going to occur. I do feel we are on the verge of it now and that it is manifesting in this NOW time. Goldenlight: Can you tell me about the release of prosperity funds to everyone? Do not worry things are shifting and changing on your earth and all is proceeding as planned.. And then will come the reunification with your galactic neighbors who will assist you with free energy technology, in implementing this on a large scale. Wow ok! So on a personal level do you have any insight?