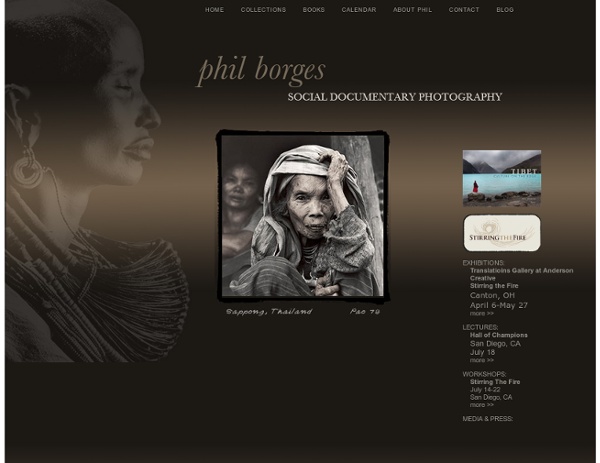 Accueil - Déclic photo Peaceful Societies Encyclopedia of Selected Peaceful Societies Piaroa Location. About 14,000 Piaroa Indians live in or near tropical forests to the east of the Middle Orinoco River in Amazonas State, Venezuela. They used to be shifting cultivators but they now live in permanent communities inside their traditional territory, in nearby areas, and at other scattered locations in Venezuela and Colombia. Economy. Beliefs that Foster Peacefulness. Gender Relations. Raising Children. Social Practices. Cooperation and Competition. Social Control. Sharing. Strategies for Avoiding Warfare and Violence. But How Much Violence Do They Really Experience? Scholarly Resources in this Website: “Styles of Manhood: An Amazonian Contrast in Tranquility and Violence.” More Resources in this Website: Guerillas from neighboring Colombia have threatened the stability of the Piaroa communities. Sources in Print: Freire 2007; Overing 1985, 1986, 1988, 1989a, 1989b; Overing Kaplan 1975; Zent 1994 Updates—News and Reviews: May 31, 2012.

Spring's least-wanted fashion trend: The co-opting of Aboriginal dress I often feel invisible. When I tell people that I grew up on an Aboriginal reserve, they look at me like I’m a mythical unicorn, even though more than a million people in Canada identify themselves as First Nations, Métis or Inuit. I probably wouldn’t have thought we existed either if I hadn’t grown up on the Six Nations reserve in Southwestern Ontario. Back then, I only saw people who vaguely looked like me on CBC’s North of 60 . It was slim pickings as far as cultural references were concerned. But today, instead of homages rooted in realism like the CBC offered in the ’90s, all I see in the mass market is a shiny commercial version of “Native Americans” rooted in stereotypes from westerns, Disney cartoons and sports mascots. Controversial fashion trends: Fashion's obsession with ASIA Last November, No Doubt released their “Looking Hot” video, which showed Gwen Stefani writhing in a teeny buckskin outfit and headdress.

Magazine photo dédié à la photographie, aux appareils photo et photographes sur Photovore.fr 8 Songs by Native American Rappers That Deserve to Be Heard When hip-hop was born in the Bronx in the 1970s, it offered an unprecedented and powerful voice for the voiceless. The movement has since gone global, lending a vocabulary to people struggling for liberty and safety in places as far-reaching as Palestine, China and Russia. Hip-hop still has work to do in the States, though, and nowhere do hip-hop's stories of liberation and resistance resonate with greater urgency than with the country's longest oppressed group: its indigenous population. "Native Americans grasp that culture of hip-hop because of the struggle," Crow rapper Supaman told NPR. To this day, Native American reservations still make up some of the poorest regions in the country. 1. Hip-hop lore holds that Litefoot is the first Native American rapper to hail from a federally recognized reservation. Litefoot's response was to build his own label, Red Vinyl Records. 2. 3. In his 17th hour, RedCloud rapped the names of every one of the missing women. 4. 5. 6. 7. 8. 1. 2. 3. 4. 5.

Aurore D. Photographie Profile: A young aboriginal woman’s mental health struggles Jessica Dinovitzer is 21 and of Mohawk descent. She works in the Native Circle at the Youth Services Bureau. She is one of the 310 participants in a Wabano Centre for Aboriginal Health study that produced startling findings, reported by the Citizen last month, about aboriginal youth mental health in the Ottawa region. Reporter Anaïs Voski sat down with Dinovitzer to put a human face on the report. Q: How did you come to participate in Wabano’s survey on aboriginal youth mental health? A: I come from a Mohawk background from my mother’s side and I was born in Ottawa, so I am part of the more than 43,000 native people who live in the Champlain LHIN area. Q: Tell me a little more about yourself. A: I was born in Ottawa in 1993 into a Mohawk-German-Irish-Scottish family. Q: What do you know about your birth mother, who, as you said, was Mohawk? A: I don’t know much about her, but what I do know is that after she lost us she went into a downhill spiral and unfortunately passed away in 2009.

Indian Status: 5 more things you need to know - Aboriginal - CBC A status card is government ID that identifies someone as a "status Indian" as defined by the federal Indian Act. Although a status card allows "registered Indians" access to some benefits, it's not a credit card and it's not a free pass. Let's clear up some myths around status cards — as simply as possible. Not all Aboriginal Peoples are status card-carrying 'Indians' The Indian Status card is not a credit card. (Aboriginal Affairs and Northern Development Canada) Not all indigenous people in Canada are eligible for a status card. In the case of Daniels v. In 2014, the Federal Court of Appeal upheld part of the decision. Supreme Court to hear landmark case for off-reserve Aboriginal Peoples There are "Indians" who don't qualify for a status card but are still indigenous to this country. Let's just say that if you are a card-carrying "status Indian" and you have a child with a non-status person. ANALYSIS | Indian status: Why Lynn Gehl's court challenge matters It's an income tax free-for-all